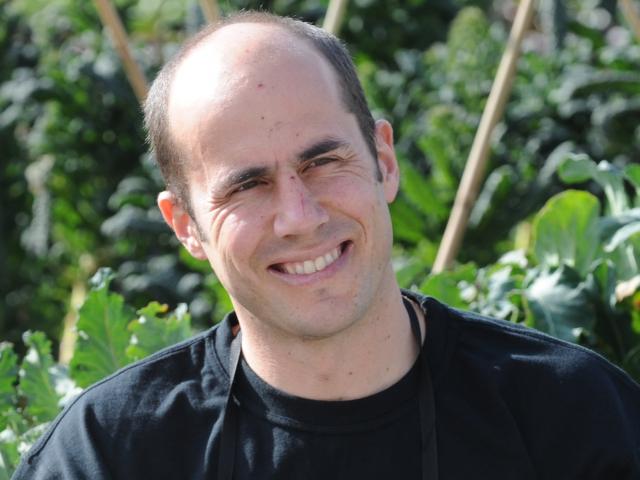 Getting dinner on the table, especially when children are involved, doesn't have to be a chore or overly stressful, chef Bevan Smith writes.

We all appreciate a change and diners of all ages love it when their food is seasoned with a little fun.

Alphabet soup is maybe a blast from the past but it's hard not to love when you marry it up with chicken soup for the soul. Bone broths are especially good for you, not to mention tasty.

Everyone will be too busy smiling at the letter-shaped noodles to notice all the vegetables. Use what is on hand and tweak the recipe to make life easy. There is no wrong or right. Just don't forget the pasta.

Dumplings are just plain fun to eat at the best of times and my children can't get enough of them. Encourage them to help out. They a real kick out of making something so tasty and if you can get hold of fresh wrappers rather than frozen, all the better.

Change the filling to suit your tastes, and always make more than you think. Forty dumplings disappear alarmingly fast between four people, so make heaps.

Milk Bottle Ice Cream Sandwiches are simply a delicious reminder of childhood that are too good to enjoy only in summer. Zero complaints and even fewer dishes: sometimes kids do know best. Relax, it's only food, but sometimes it's the simple things that can be the stuff of memories. Enjoy.

- Chef, restaurateur, author and father-of-two Bevan Smith is the owner of the award-winning Riverstone Kitchen, north of Oamaru. His life revolves around food. Sharing that passion is central to his philosophy that all people should and can eat well. 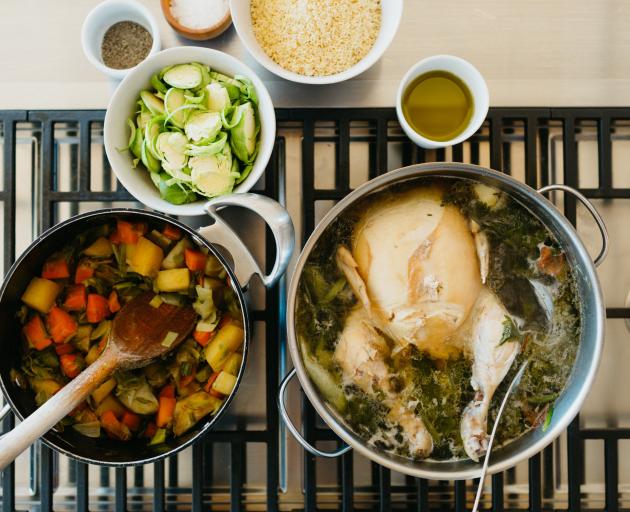 Method
Firstly place the whole chicken into a large pot, cover with water and bring to a simmer over a medium to high heat. Skim off any scum as required.

Peel and trim all the vegetables except the Brussels sprouts and add those trimmings and the thyme to the pot with the chicken. (The trimmings will add flavour to the water and along with the chicken make a simple stock that be later used in the soup).

Simmer the chicken for 40-50 minutes or until tender and able to come away easily from the bone.

Heat the olive oil in a second large pot. Roughly chop the vegetables and cook without colour for 15 minutes. Remove from the heat and set to one side.

Once the chicken is cooked, remove it carefully from the liquid and rest it on a plate to cool. In the meantime, strain the stock on to the vegetables and return the soup to a high heat.

Simmer until the vegetables are tender before adding the pasta and seasoning to taste. Shred the meat from the chicken and add it and the chopped Brussels sprouts to the broth.

Simmer for a further minute before drizzling with extra virgin olive oil and serving in the middle of the table with four bowls and plenty of crusty bread for dipping. 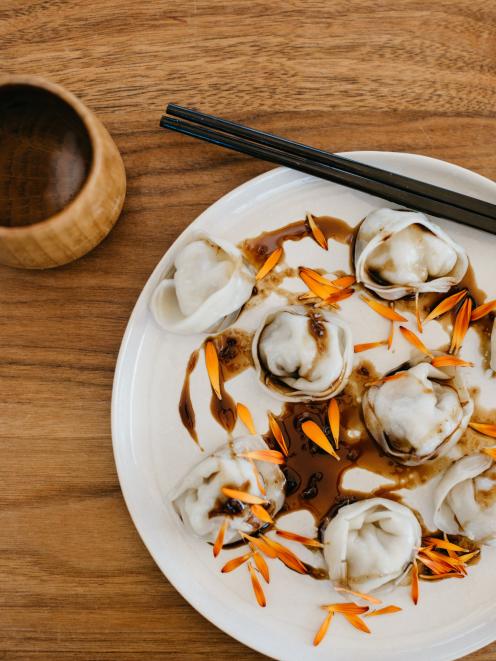 Method
Place pork into a bowl with two-thirds of the ginger and garlic. Add the fish sauce, a healthy couple pinches of salt and pepper and mix well with your fingers to combine.

Open the packet of dumplings only when you are ready to work and lay a few wrappers out at a time on a flat surface. Place a 50 cent-sized ball of pork mince in the centre of each wrapper.

Dip a finger or pastry brush into a little water and lightly moisten half the edge of each wrapper carefully. Too much and they won't stick!

Working quickly so the pastry doesn't dry out, pick up a dumpling and fold over the pastry so the dry edge meets the moistened one, covering the pork and resembling a half-moon shape.

Place on to a plate and continue forming up the other dumplings. This is when a few helpers are always welcome. Continue to make the dumplings until all the pork mixture is used up and cover with plastic cling wrap.

Place in the refrigerator until ready to use. They can be made ahead of time but best eaten on the day. Place a pot that matches the size of your bamboo steamer on to a high heat and place the steamer layers and lid on top.

Once the water is boiling nicely remove the lid and place your dumplings on each layer, preferably so they do not touch each other. Place the lid back on top and steam for 5-6 minutes.

Meanwhile, mix the sauces together with the remaining ginger and garlic and chilli if using. Once dumplings are cooked divide between four plates and serve immediately with dipping sauce and calendula flowers if using.

NB: If using frozen dumpling wrappers remove them from the freezer the day before and leave in the fridge to defrost overnight. 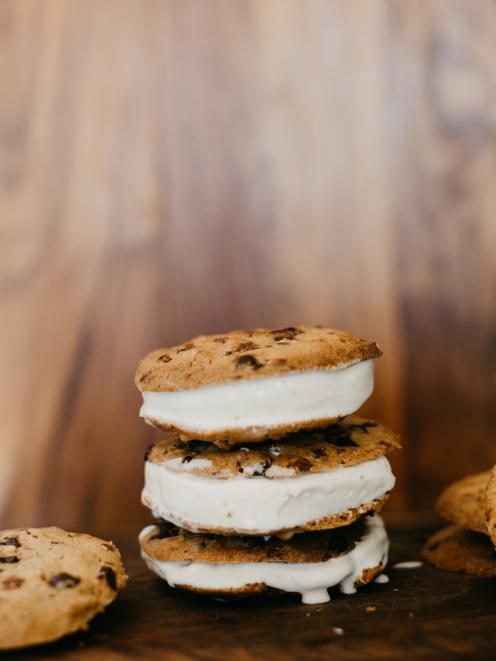 Method
Beat the butter and sugar in a mixing machine until pale in colour. Add the remaining ingredients and mix until just combined. Remove dough from bowl and roll into a cylinder shape either in a piece of baking paper or plastic cling film and refrigerate for at least an hour to firm up the dough.

Preheat an oven to 185degC. Remove dough from fridge, unwrap and slice into 16 equal-sized rounds. Place on to baking paper-lined oven trays and bake for 10-12 minutes or until golden brown. Remove trays from oven and allow cookies to cool.

Remove ice cream from freezer 10 minutes before using to allow it to soften slightly and thus make easier to use. Dip a large spoon into hot water and place a scoop of ice cream on to the flat side of half the cookies.

Flatten the ice cream gently with the back of the spoon and press the remaining cookies on to the ice cream. Serve immediately.

Milk bottle ice cream
Place the milk, sugar and salt into a heavy-based pot and bring it to a simmer over a low to medium heat. As it comes up to the simmer, whisk the cornflour and the cream together so there are no lumps.

Once the milk is simmering, whisk in the cream mixture and stir with a wooden spoon until the mixture thickens slightly.

Remove from the heat and allow to cool completely before churning in an ice cream machine according to manufacturer's instructions.

NB: The addition of cornflour instead of eggs preserves the milky whiteness of the cream and milk and adds a refreshing clean texture to the ice cream.