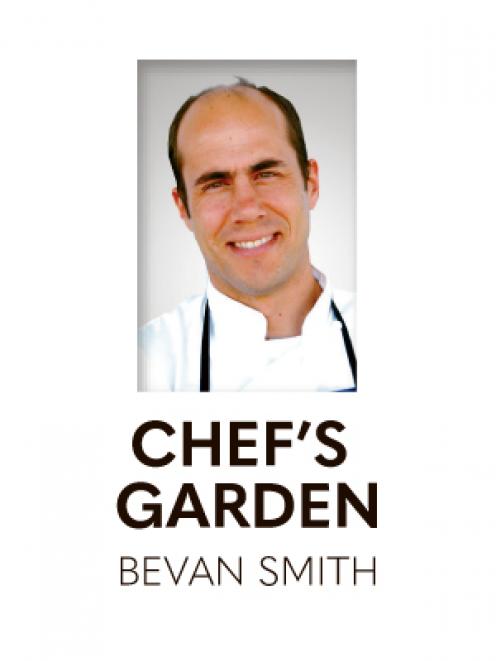 I love this time of year as the leaves turn into myriad different hues. The days shorten and even the air takes on a different feel. The changing seasons signal a change in what we crave to eat as well.

There's nothing better than the warmth that a good bowl of chilli brings. Venison is a great substitute for beef and mince is a great way to make use of the cheaper shoulder cuts and sure does make a mean "bowl of red".

Celeriac is one of my favourite vegetables, so we make sure to plant plenty in late January to keep us going.

Often roasted or pureed, it's at its most delicious finely shredded raw and tossed with apple, celery and walnut to seal the deal for an autumn salad packed with flavour. Pan-fried sole is the perfect partner to slip on top and you really do have a meal in minutes.

What more could you ask for?

Perhaps a sweet ending. Chocolate, dulce de leche and almond brioche is the answer. Separately all these ingredients make brioche worth the effort. Combined, it's simply stunning.

Surprisingly easy, this will be your go-to recipe for years to come.

Chef, restaurateur, author and father of two, Bevan Smith is the owner of the award-winning Riverstone Kitchen, north of Oamaru. His life revolves around food. Sharing that passion is central to his philosophy that all people should and can eat well.

• This is Bevan's last column for the Otago Daily Times as he concentrates on running Riverstone and his family. We thank him for delighting us with his yummy recipes over the years. 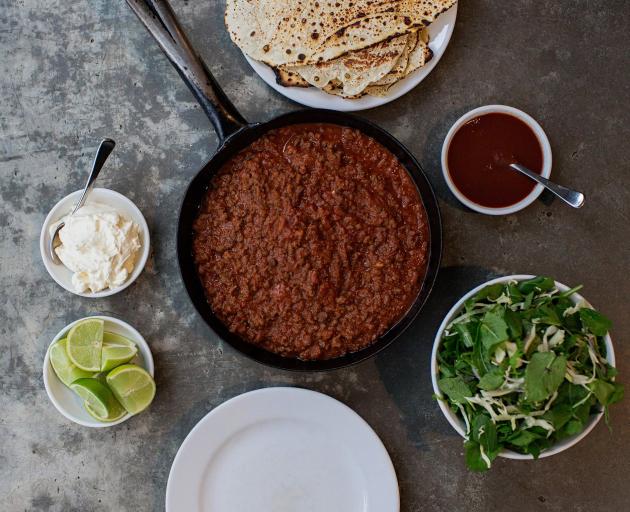 2 limes or lemons cut into quarters

In a large heavy-based pot heat the vegetable oil and sweat the onion for 5 minutes before adding the garlic, turning up the heat to high and adding the venison and spices. Use a wooden spoon to break up the mince as it cooks, to prevent any lumps from forming. Once the venison is cooked add the tomato paste, cook for a further minute before adding the stock and bringing it to a simmer. Add half the chipotle sauce (take note: different brands of chipotle sauce can differ wildly in heat and flavour so try a few and adjust according to taste. I prefer the medium heat and smokiness of La Morena). Stir in the masa harina to thicken and add the sugar and vinegar. Adjust seasoning to taste and set aside for later use.

When you are ready to serve, heat the venison chilli in a small pot, set aside and keep warm. Heat a large heavy-based frying pan over a medium to high heat. Cook the flatbread one at a time in the frying pan for 15 seconds on one side before turning over with a pair of tongs and cooking for a further 10-15 seconds, before removing from the pan and placing on a side plate and cover with a tea towel to keep warm whist cooking the remaining flatbread.

Once all the flatbread is cooked, serve alongside the chilli, limes, sour cream, remaining chipotle sauce and salad greens. Enjoy and eat with gusto!

Mix all ingredients together for 5 minutes or until a soft dough comes together. Rest for 30 minutes before cutting into 20 pieces. Roll each piece into a rough ball and flatten with the palm of your hand. Dust each piece well with flour and roll out using a rolling pin until you have a thin flatbread about 1mm-2mm thick. You need to dust well with flour at each stage and layer baking paper between each layer at the end to prevent them from sticking together. Wrap in cling wrap and store in the refrigerator until ready to use. Best eaten within two days. 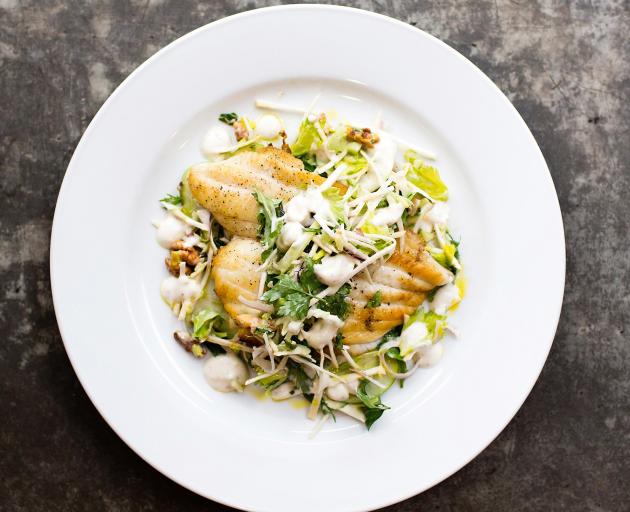 The heart from ½ head of celery, finely sliced

Using a mandolin or sharp knife, finely slice the apple and place into a bowl along with the celery, walnuts, celeriac, parsley, salad greens, onion and mayonnaise. Add half the lemon juice, a good pinch of salt and pepper, mix to combine and reserve for later use. Mix the remaining lemon juice into the yoghurt along with the mustard. Season lightly to taste and set aside. Lay the sole fillets out on a large tray and lightly season. Heat a little of the olive oil in a large heavy-based frying pan and cook the sole in batches until just cooked, wiping the pan clean with kitchen towel between each batch of fish.

Divide the salad between 4 plates and top with the sole. Spoon over the yoghurt mustard dressing and drizzle with a little extra virgin olive oil. Serve immediately. 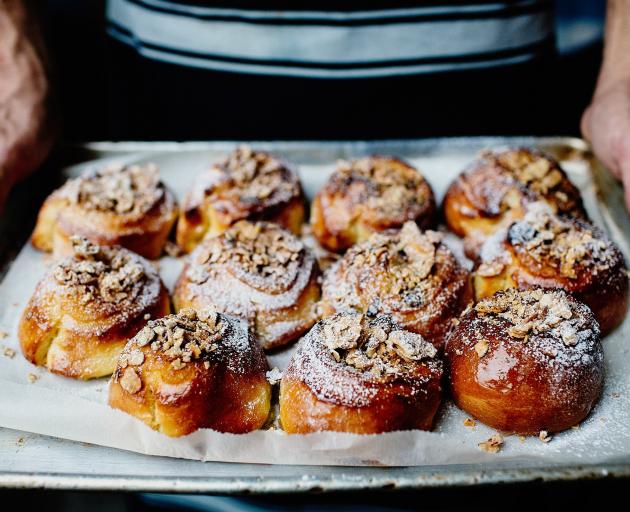 Place the flour, sugar, yeast, salt, eggs and water into a mixing bowl and mix together with a dough hook attachment for 15 minutes before slowly adding the butter and mix for a further 15 minutes. Remove the bowl from the machine, cover with plastic cling wrap and allow to double in size before knocking back and placing in the refrigerator overnight. The following morning turn out the dough on to a lightly floured bench. Dust with a little more flour and roll out to a 1cm-thick large rectangle. Spread or spoon the frangipane over two thirds of the dough. Scatter chocolate and almonds on top of the frangipane. Spoon the dulce de leche in teaspoon-sized blobs on top and roll up the dough to form a log. Use a bread knife to cut through the dough and place the brioche pieces on to a baking paper lined oven tray to prove for 40 minutes. Preheat oven to 220degC and bake the brioche for 15-18 minutes or until dark golden brown before removing from the oven and brushing with the stock syrup. Allow to cool and serve.

Place all ingredients into mixing machine bowl and combine with a paddle attachment. If not using straight away, frangipane store in an airtight container for up to 10 days.

Place a can of condensed milk into a small pot and cover with water. Bring to the boil and simmer for three hours, topping up with additional water as needed to keep the can covered. Remove the pot from the heat and allow to cool in the pot. Caramel will keep in the can for several months in the fridge. Use within 2 weeks after opening. (Warning. You must keep the can covered in water. If the pot boils dry the can of caramel can explode. Believe me, I know first hand)

Place sugar and water into a small pot and bring to the boil. Remove from the heat and allow to cool before using. Keeps indefinitely in an airtight container in the refrigerator.