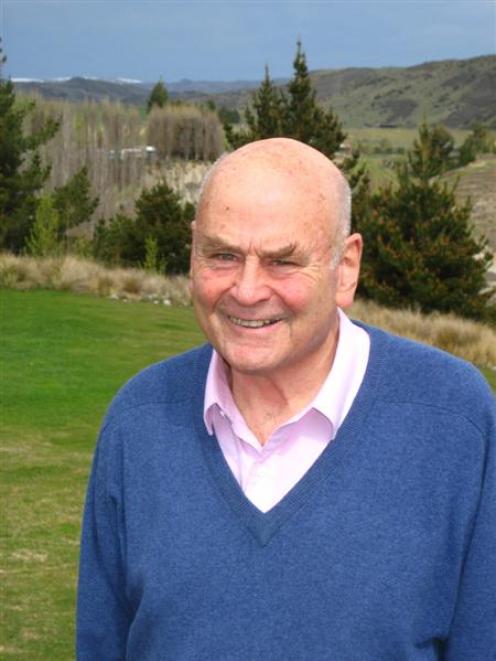 James Halliday. Photos by Charmian Smith.
Central Otago is "God's country when it comes to pinot noir", Australian wine writer James Halliday wrote in Panorama in 2000. At the region's 25th anniversary celebration at the weekend, Charmian Smith asked him if he thinks it still applies.

In 1990, James Halliday, elder statesman of Australian wine, opened Gibbston Valley Wines, the region's first purpose-built winery and restaurant. He was privately thinking that there was no way good wine was going to be made there, he says, and he warned Alan Brady and his investors that wineries had an inexhaustible appetite for funds - something many have found since.

Halliday has been to Central many times since, obviously revising his opinion about the quality of the wine. Last weekend he was back for the 25th anniversary celebrations of the region's first wine produced for sale in 1987. These were Gibbston Valley pinot noir, a pinot gris and a white, Taramea wine and a Rhine Riesling made from the few grapes the half-dozen pioneers could get together from their little plots of vines.

It marked the end of the hobby stage and the drive to turn wine into a business, according to Rob Hay, who arrived in 1986, made many of the early wines and established Chard Farm.

The landscape of much of Central Otago has changed since then, now lushly green in summer with 1600ha of vineyards, wineries, tasting rooms, new housing developments and a greater sophistication - and there are more than 100 brands of Central Otago wine.

But is it still God's country for pinot noir?

"Yes," he says without hesitation, and puts it down to the nature of the climate and growing conditions.

"It has an impossibly short season between the spring and autumn frosts, but it's not until you understand the extra daylight hours and the heat and the effects of that warmth that make it truly unique. The consistent quality of the wines indicates the suitability of the climate," he says.

Central Otago now has an enviable international reputation especially for pinot noir, but it was achieved only with effort, determination and an unwavering belief in the potential of the region.

Even as late as the mid-1990s, some northern wine writers were scathing about the ability to make decent wine so far south - as they had been about Marlborough a decade or two earlier.

At a celebratory lunch at Carrick on Saturday, winemakers and wine writers reminisced and brought out old bottles to taste. Some had developed and were still drinking very well at 10 or 15 years old; others were tired and fading.

There were only a few winemakers here in the early days: Rob Hay, of Chard Farm; Rudi Bauer, now of Quartz Reef who was at Rippon from 1989 to 1992; Grant Taylor, now of Valli but at Gibbston Valley from 1993 to 2006; and the late Mike Wolter, at Black Ridge.

One of the strengths of the region was the collegiality among the winemakers who helped each other, discussed their ferments and problems and shared equipment. Grant Taylor, whose Gibbston Valley Reserve pinot noirs won several trophies in the mid to late 1990s, says it was virtually a joint effort although his name is on the back of the bottles. 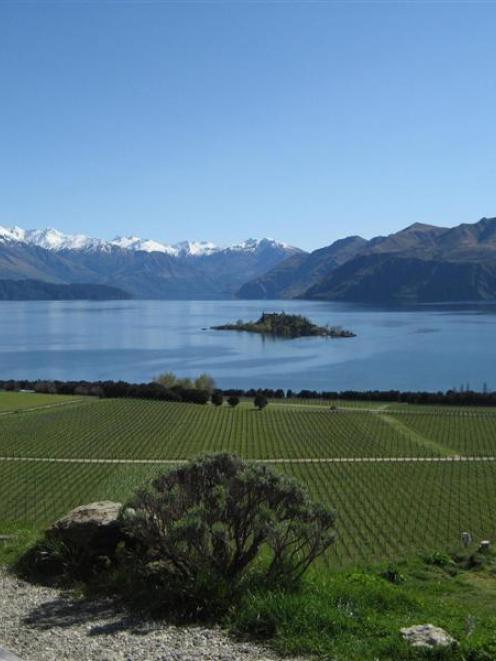 The first commercial vineyard block at Rippon was planted in 1982, largely against the advice of viticultural experts at the time.
In 1991, they combined to launch a distinctively shaped "Central Otago bottle", which gave the region an identity, although after a few years it was abandoned.

After modest medal successes with wines from 1989, 1990 and 1991, it looked as if the nay-sayers might be right after all, because of the effects of the June 1991 eruption of Mt Pinatubo in the Philippines. The dust in the atmosphere caused decreased temperatures for several years, making it difficult to ripen grapes in the South, according to Rob Hay.

It was so cold they were able to make a real ice wine, when the grapes were picked still frozen on the vine, something not possible since, he says.

However, despite the blip in the weather, new vineyards were being planted in the early 1990s: in Bannockburn, led by Olssens, Felton Road, Carrick, Akarua and the Diceys of Mt Difficulty; at Bendigo led by Rudi Bauer of Quartz Reef; Lowburn with Kawarau Estate and along the Wanaka Rd with Pisa Range, Amisfield and others; and in Gibbston, Peregrine, Two Paddocks and others were all establishing vineyards.

By the late 1990s, with fruit from these areas and the effects of Pinatubo wearing off, there was a noticeable difference in wine quantity and quality, which was reflected in the number of medals and trophies being won.

One of the significant developments was Mike Wolter's establishment of Central Otago Wine Company, a contract wine-making facility.

This meant people with small vineyards who did not have the capital to build a winery and employ a winemaker could have their wine made professionally, again helping ensure quality, something that has been vital to the region's reputation. As demand grew, another facility, Vinpro opened in 2004.

From 2001 another spurt of planting, especially along the Pisa flats and terraces, at Bendigo, and around Alexandra, increased the vineyard area, leading, a few years later to surplus grapes, which are sold to producers outside the region.

More recently there has been a new trend of small brands made by dedicated winemakers, like Yoshiaki Sato, whose Sato brand is highly regarded overseas, but not seen much here. Others include Burn Cottage, established by Americans Marquis Sauvage and Ted Lemon, Steve Davie's Doctor's Flat vineyard, and Ian and Marianne Dee of GeorgeTown Vineyard.

Why has Central sprung from nowhere to become one of the most highly regarded pinot noir regions internationally in only a couple of decades?

Is it the result of the "achingly beautiful landscape" and being close to the Queenstown tourist hub as some people used to suggest?

There are other beautiful regions, Halliday points out - the Cape in South Africa and perhaps the Valais in Switzerland - but it is more than stunning landscape and decent wine that builds an enviable reputation such as Central's for quality, integrity and authenticity.

One of the factors is the dedication of the winemakers and growers, who are committed to the region and their wines, and their willingness to work as a team and share information, experience, equipment, problem-solving and marketing.

They are not distracted by other red varieties, and tend not to come from corporate backgrounds, although as the industry grows, this is changing somewhat.

They recognise what they have achieved and are thinking about where they are going, according to Halliday.

"The mere fact they are posing that question means they are not self-satisfied, they still have fire in their bellies," he says.