On the menu: Culinary gems from Karitane 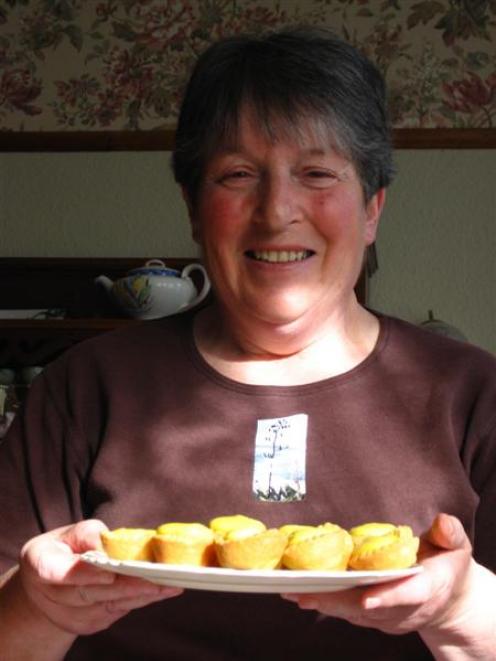 A trip to North Otago over Easter revealed a few culinary gems worth a visit if you are passing through.

Crema, the little cafe at Karitane, only about half an hour from Dunedin, has had a new lease of life since late last year when April and Chris Trotter took it over.

The young couple are inspired by simple, good food - they make their own bread, pastry, pestos and delicious baking, and even grow some of their own salad vegetables. Other things they source carefully, even coming into Dunedin to get Speight's water.

Chris, a woodcarver, now describes himself as a flavour sculptor, and it's worth trying his paper-thin, crisp pizzas or his flavoursome aubergine pie. With good coffee and a simple menu, the cafe is open every day from 8am to 5pm. 03-465-7786.

At Inch Valley, a few kilometres up the Pigroot from Palmerston, Maria and Jim Hinkley have built a commercial kitchen on to their historic house and now make a range of preserves, many with fruit from their own trees.

They grow crab apples, damsons and other plums, peaches, apples and pears, as well as nashis and olives.

A teacher for many years, Mrs Hinkley delves into old recipes like quince and rose quiddany (a clear jelly), rhubarb and ginger jam, lime and passionfruit curd, or horseradish mustard with vermouth.

They make crab apple verjus (a refreshing drink when diluted with water), pickle lemons and cherries, and also bake biscotti and shortbread and make truffles.

Packed in elegant square jars, Inch Valley Preserves are available from delis and gift shops, and from their kitchen 8km from Palmerston.


To market, but later

As it's Anzac Day on Saturday, the Otago Farmers Market at the Dunedin Railway Station will not start until 1pm.

Students for Environmental Action Otago is holding its annual Organic Festival at Sammy's Entertainment Venue from 8pm onwards on Friday May 1, the beginning of Fair Trade Fortnight.

There will be organic food, wine and beer tastings, information from community and environmental groups, and music. Tickets are $5.