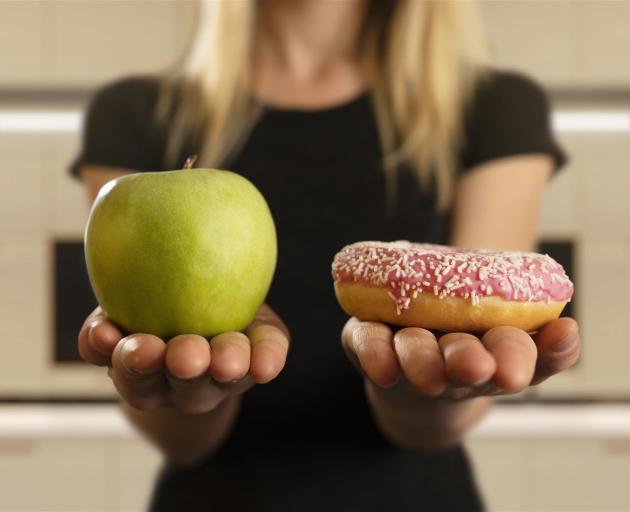 Photo: Getty Images
Generally speaking, ultra-processed foods are high energy and lower in nutrients. They are cheap and tasty and easy.

You eat them faster and that’s quite important — because you can eat them quickly it takes time for your satiety signals to click in and your brain to signal ‘hold on, maybe I am full’

For thousands of years, humans have been processing food by drying, salting and fermenting to make it last longer. In the past couple of centuries other preserving methods have been added, such as bottling, canning and freezing. In general, these involve relatively limited additions or alterations to the food.

However, today's commercial food manufacturers use many industrial techniques for processing foods and extending their shelf life, many of which incorporate additives or components extracted from certain foods, such as casein from milk or maltodextrin or high-fructose corn syrup from corn. Nutritionists call these ''ultra-processed foods'' and are concerned many people are eating too many of them, as they are generally high in fat, sugar or salt and low in nutrients.

The concept of ultra-processed foods in the diet began in Brazil with Prof Carlos Monteiro, of Sao Paulo University, about a decade ago, according to Prof Rachael Taylor, of the University of Otago's Department of Medicine.

Brazil had a high obesity rate and a high consumption of ultra-processed food, which were cheap and conveniently ready to eat or heat, she said.

They proposed a new system classifying foods and food products into four groups based on the extent and purpose of the industrial processes applied to preserve, extract, modify or create them.

''It can be difficult to compare Brazilian food with New Zealand food on a nutritional basis, but if you just stick with what percentage of food comes from ultra-processed food in those diets, it's a simple comparison - it's not perfect but it's an indication,'' Prof Taylor said.

Other ways of looking at diets were more complicated - how many nutrients, what food categories, or how many serves of A, B or C you had.

The first of Prof Monteiro's food groups is unprocessed or minimally processed foods such as the edible parts of plants or animals, their milk and water. These might be minimally processed by removal of inedible or unwanted parts, drying, crushing, roasting, boiling, pasteurisation, chilling, freezing or vacuum packing, but essentially they are whole, natural foods.

The second category is processed culinary ingredients such as cold-pressed oils, butter, sugar, salt, vinegar. They are derived from the first group by refining, non-alcoholic fermentation or pressing. They are not meant to be consumed by themselves but normally used with food from group one to make freshly prepared drinks and meals.

Group three is processed foods, such as canned fruit, vegetables, fish, freshly baked bread, cheese, or plain yoghurt, processed by cooking or non-alcoholic fermentation. They contain only a few additives, such as salt or antioxidants and are recognisable as modified versions of group one foods. They are usually used in combination with other foods.

The fourth group, is ultra-processed foods, formulations made mostly or entirely from substances derived from food and additives with little if any intact group one food. Processes are usually industrial such as hydrogenation, hydrolysation or extrusion, and many of the ingredients are extracted, such as casein, lactose, whey, gluten, high-fructose corn syrup, or soya protein isolate. Additives include dyes, colour stabilisers, flavours and flavour enhancers, firming, bulking, de-foaming or anti-caking agents, emulsifiers, sequestrates and humectants.

''Generally speaking, ultra-processed foods are high energy and lower in nutrients. They are cheap and tasty and easy.

''You eat them faster and that's quite important - because you can eat them quickly it takes time for your satiety signals to click in and your brain to signal 'hold on, maybe I am full','' Prof Taylor said.

The groups were not exclusive and a product such as plain unsweetened yoghurt would be classed in group three, but ''fruit'' yoghurt with artificial sweeteners and emulsifiers would be in group four. Within each group there are better or worse choices. Both brown and white rice are in group one, but brown rice is a better choice.

''A good way of thinking about it is if the product doesn't bear any resemblance to the original food it came from, it's probably ultra-processed. It's not a perfect definition, but I think the ultra-processed category of foods is pretty straightforward and that's the one we want people to limit,'' she said.

''The rest of it is basically degrees of processing with some mishmash between the categories, but these ultra-processed ones are a long way off being whole foods.''

Prof Taylor and her team have studied the proportion of ultra-processed food in the diets of New Zealand children between the ages of 1 and 5 and found it was between 40% and 54%.

''It's quite a lot higher than I was expecting. I was a tad surprised,'' she said.

''Basically we want to increase the minimally processed and decrease the ultra-processed, but it's quite hard to have a low processed food diet.

''We eat those things for a variety of reasons, partly taste, partly convenience, partly cost. We like them so it's hard for people to change.

''We have to think about how people can change what they chose or whether food companies can use less processing - possibly not because they are designing their products to sell, to last, to be economical, and what meets all those criteria doesn't always meet nutrition criteria or desires.''

Also included in the ultra-processed category are the various meat substitutes available on the market. They have a level of processing that would astonish many consumers.