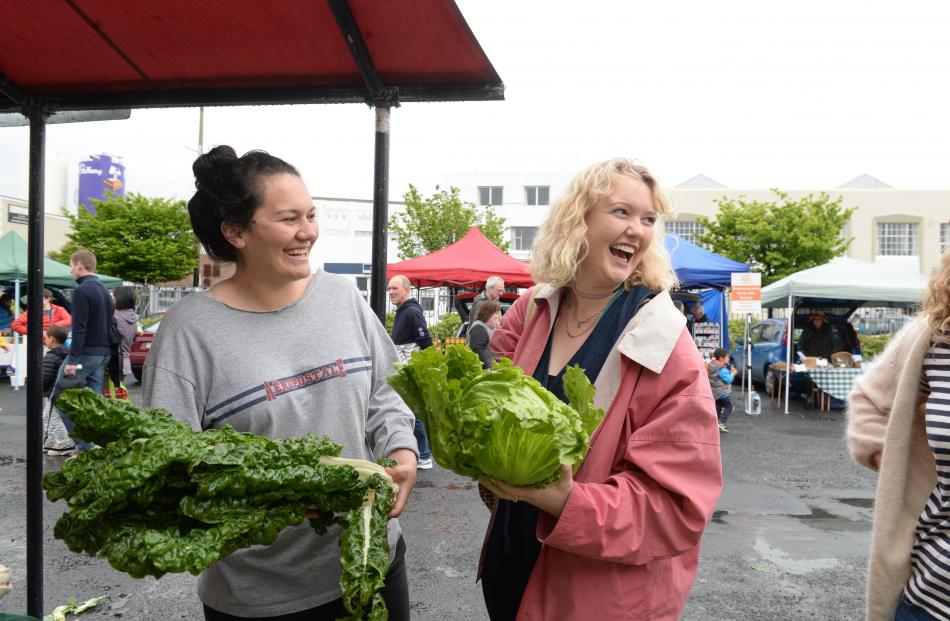 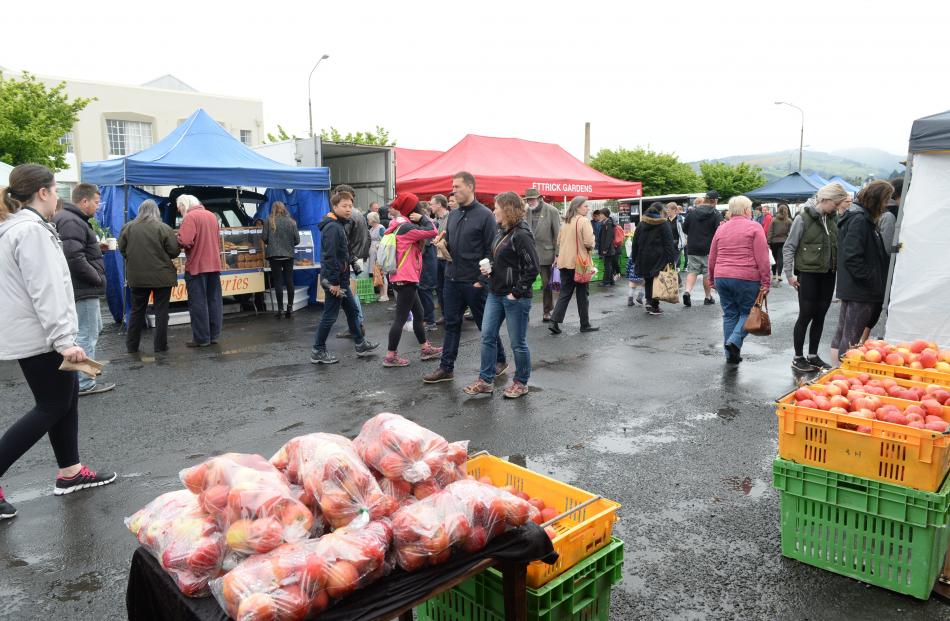 Wherever you go in New Zealand, there's likely to be a local farmers' market. They are wonderful places to visit and connect with the local community and food culture.

They can be big or small, but an authentic farmers' market sells only food and maybe a few plants and flowers, and the person who grew, raised, caught, made or produced the food will be selling it.

Established in 2003, the Otago Farmers' Market on Saturday mornings at Dunedin Railway Station is one of the country's biggest, with, depending on season and weather, more than 70 stalls and 5000 to 8000 people visiting each week, general manager Kate Vercoe says.

People come to do their weekly shopping or to meet friends, have breakfast or coffee, or see what's in season or special to the region.

One of the delights is the variety of produce around the country: stone fruit in season in Dunedin, citrus in Gisborne or Kerikeri, avocados in Tauranga. There's often also an element of surprise as you discover someone selling something unusual, maybe oyster mushrooms, handmade chocolate, saffron or craft beer.

Vercoe, and Pat Johnston, one of the trustees of the Otago Farmers Market, are adamant that authenticity and the right balance of stalls is the key to a successful farmers' market like Dunedin's.

''I think that's why our market is so successful: the governance model is so strong and the trust sticks really clearly to the philosophy that they set down and the percentages of different sorts of stalls,'' Vercoe said.

Primary producers - people growing vegetables, fruit or nuts or producing eggs, meat or fish - are the basis of the market and about 70% of the stalls. About 15% are added-value goods such as bread, cheese, chutneys and so on, and about 15% are ready-to-eat food, she said.

Research shows that people come every week to buy their vegetables, fruit, eggs, meat or fish, and if they also buy chocolate or a chutney, that is extra. They wouldn't come to the market every week just to buy muesli or a cake, Vercoe said.

Some markets get diluted with crafts or too many added-value producers but Farmers' Markets NZ, an organisation of about 25 independent farmers' markets, is working with its members to establish a brand of authenticity so customers can feel reassured that farmers' market principles are intact.

''They have developed a rigorous classification of all the different product lines to determine whether something is certified local, approved or permitted - like coffee that needs to be at a farmers' market - or not permitted.''

The trust expects vendors selling ready-made food to use local ingredients as much as they can.

''We are thinking of doing aprons. We could go online and buy imported ones cheaply, but we'd rather keep that local perspective,'' Johnston said.

To ensure authenticity, Vercoe and some of the trustees have visited all their vendors to see they are who they say they are, and to get their stories.

''There are some amazing stories, and that's what people want to hear,'' Johnston said.

One from the Smokehouse was a case in point.

''The butcher at the butchery where the salamis are made and the smoking is done also does hunters' kill. Now he's got all these extra clients because he's met them at the market and they talk hunting, so he's increased his hours and staff. It's like a business incubator, but we don't collect that data.''

A recent change they have noted is more students and young people visiting the market.

''Young people are interested in the provenance of their food. Supporting local is a definite resurgence, and organics. Farmers' markets are fantastic because they can talk to the person growing it and get some answers,'' Vercoe said.

However, there may be a problem with sourcing local produce in future, especially primary produce, because of the price of land.

''The average age of our growers is getting up there. It's the case with farmers all around, except for some dairy and deer farmers,'' she said.

A couple of large vegetable growers, the Youngs from the Taieri and Ray Goddard from Sawyers Bay, have retired in recent years.

''No-one in Ray's family wanted to pick up the ropes. There's been a market garden at Sawyers Bay for multiple generations, but he's sold the land and it's now housing. There's a question about the value of the land and the use of the land, like out on the Taieri. So much of that productive land is now in housing,'' Vercoe said.

She is pleased the DCC recognises the land-use issue with the recent appointment of Ruth Zeinert as food resilience co-ordinator.

One of the problems with a big market like Dunedin's is that vendors need a lot of product to sell and small growers may not be able to produce enough.

''Consistency of supply is really important to the trust and to customers: they want to know they can still come and get some broccoli or whatever at 11am. New vendors are constantly surprised by how much they need to produce, and often it's a whole week's production for one day's selling,'' Johnston said.

The trust has recently developed a co-operative vendor model that it hopes will encourage small producers.

''There may well be small landowners or growers who haven't got enough surplus to come to the market in their own right, but if there are three, four or five of them within a geographical region, the trust would really consider that as a viable option. What we are really trying to do is make it possible for more vendors to come, particularly primary producers, because the big guys, like the Youngs, are not there.''

Although the large Harbour Fish company sells fish at the market, Edmonds, a fish vendor who worked from Taieri Mouth, is missed, Vercoe said.

''I'm not hopeful we are going to find a replacement for Edmonds fishing. Smaller fishermen have sold their quota to Harbour Fish. But who knows, there may be a local fisherman who thinks 'oh, there's a gap in the market'.''

Although the market does not actively seek stallholders, it has its ears open for producers where there are gaps, such as fishermen and vegetable or nut growers, she said.