How to make kartoffelklösse (potato dumplings)

Flavours of home is a series of recipes from around the world cooked by people at home in Otago. This week, Josef Kaiser from Germany shows us how to make sauerbraten with potato dumplings. 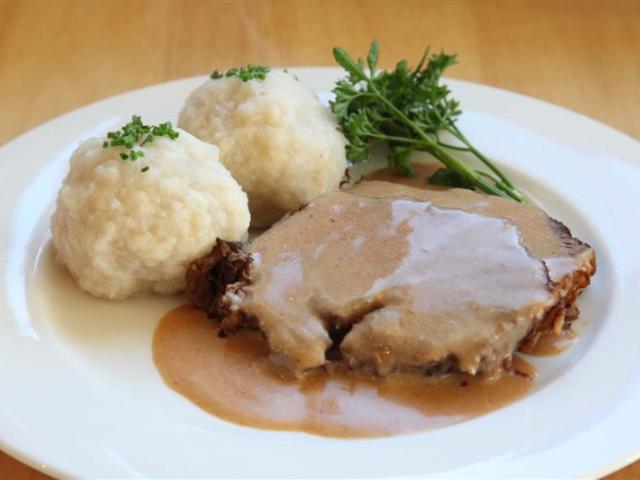 Put the grated potato in another bowl, and allow the potato starch to settle to the bottom of the water in the first bowl. Carefully pour off the water, keeping the starch. Add this to the potato.

In a pot, melt the butter, add the milk and bring to the boil. Turn the heat down, add the flour and cornflour and stir with a wooden spoon until the mix comes together into a ball of thick, sticky dough.

Mix in the grated potato and potato starch, and the salt and nutmeg.

Flour your hands well and shape the dumplings, pushing a couple of croutons into the centre and shaping the dough around them. The dumplings should be about 100g or the size of a billiard ball.

Heat a large pot of water and when boiling, put in the dumplings and bring back to the boil. Simmer with the lid half on the pot for about 20 minutes. The dumplings will float to the top as they cook.

Lift from the pot with a draining spoon.

Serve with sauerbraten and braised red cabbage, or with roasted vegetables.

• There are many traditional ways to make potato dumplings, including using mashed potato, or half cooked and half raw, and sometimes semolina is used too - or you can buy ready-made ones.

• Croutons are cubes of bread tossed in hot butter until golden brown.

• Finely chopped chives can be sprinkled on the dumplings to serve. 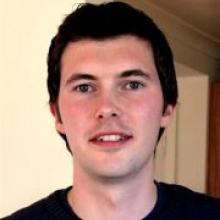 Josef Kaiser grew up in Berlin and came to Dunedin with his New Zealand fiancee a year and a-half ago.

He trained as a chef in Germany, but sauerbraten mit kartoffelklösse (beef pot roast with potato dumplings) was one of his favourite dishes as a child. His mother used to cook it for Sunday lunch, especially in winter.

- Thanks to Afife Harris and Gardens New World.