Balclutha garden from strength to strength 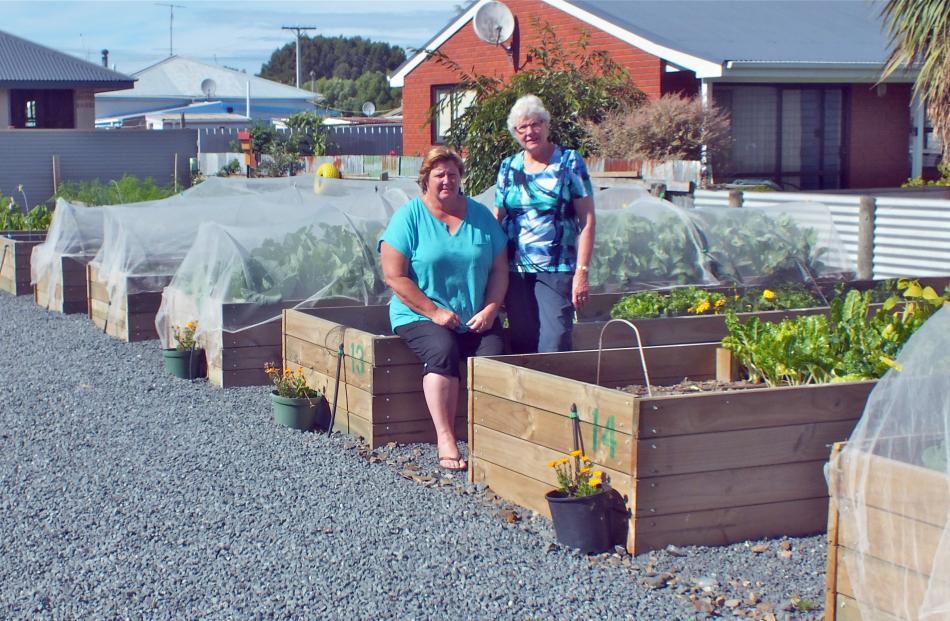 Robyn Bell (left) and Beatrice Pratt amid some of the garden's 22 raised beds. Photos: Gillian Vine 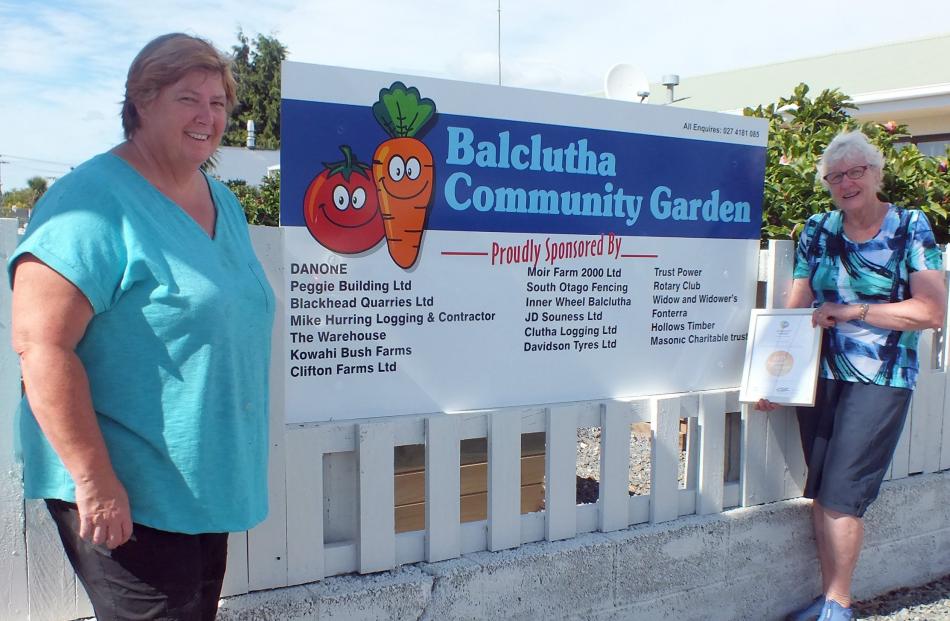 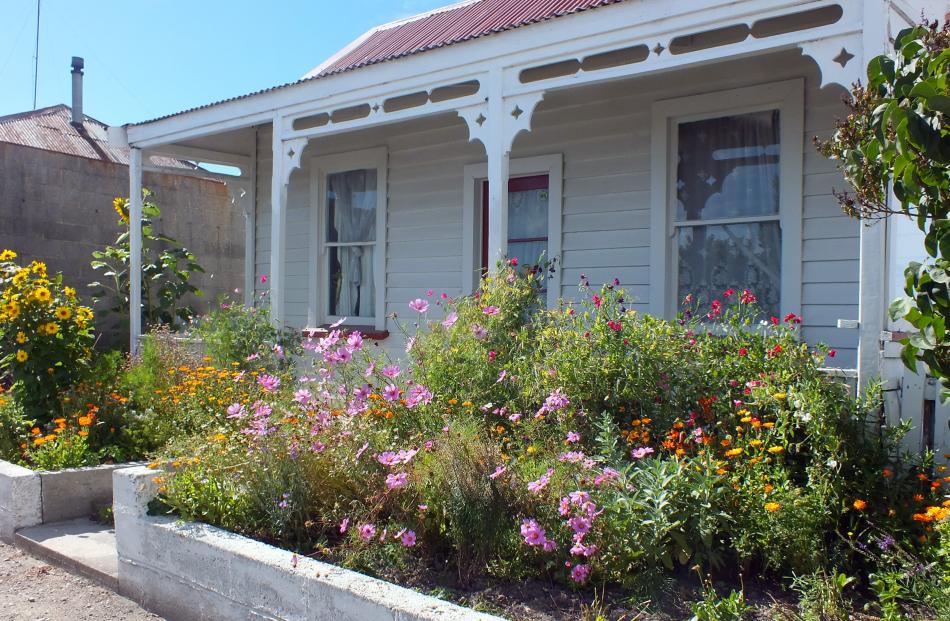 Property owner Colin Dempster is revamping the cottage on-site for the group. 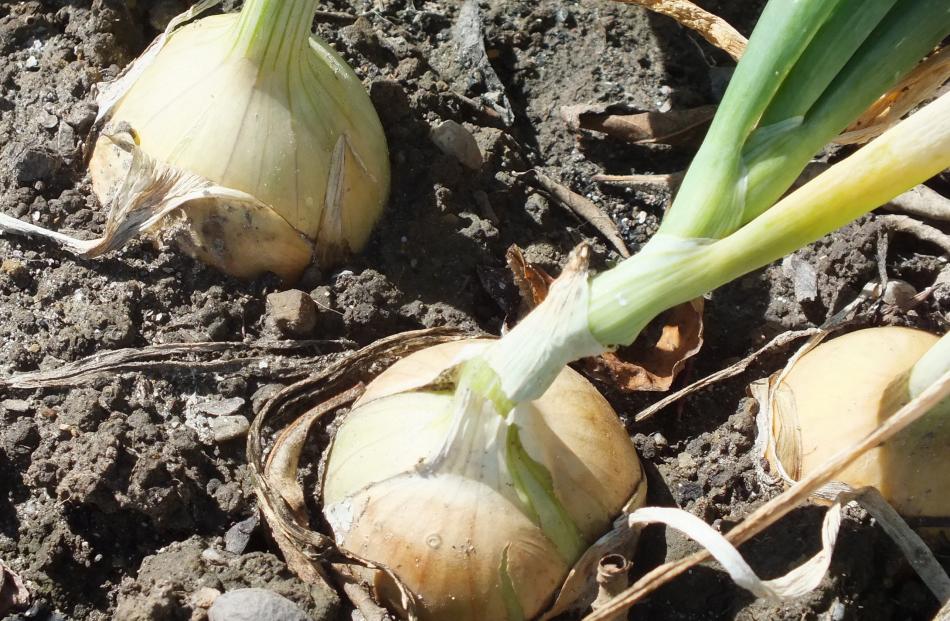 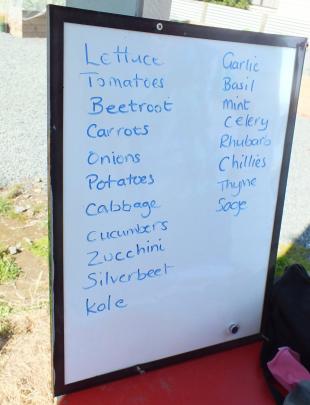 In less than three years, the Balclutha Community Garden has gone from a concept to a productive patch, thanks to the energy and inspiring leadership of committee members Beatrice Pratt and Robyn Bell.

The initial idea came in 2015 after a speaker from Mataura's community garden told Rotary's Inner Wheel about its setup. Within a week, Beatrice had send out a call for those interested in doing something similar in Balclutha.

"We had a good response," Robyn said.

The pair spent weeks looking at possible sites but a lot of the land offered was low-lying and unsuitable for vegetable growing.

"Then Colin Dempster very kindly offered us this [James St] section and house. We're eternally grateful to him," Beatrice said.

A $5000 donation from dairy company Danone Nutricia "came out of the blue", Robyn said, and this was used in mid 2016 to build the first raised beds.

To gauge interest, the group started small, with just six plots and a dozen kinds of vegetables. The first harvest was in January last year and the success of that first season led to a further 16 plots being added, as well as another area being used this year to grow potatoes.

Raised beds were costly but user-friendly, enabling all ages to work in the garden. They also mean the 22 plots can be worked year-round.

Schools regularly bring groups and Beatrice said it was lovely to see the enthusiasm of children whose parents did not grow vegetables, "just buy them at the supermarket".

Everything for the project has been donated or paid for from donations. Rotary gave a tunnel house, gravel and soil were donated by local companies, a team of builders gave up a day's work to assist in putting the raised beds in place and Telford students helped with the heavy work.

"It's been huge," Robyn said. "People have been so generous."

The Clutha District Council has supported the garden by donating four compost bins for green waste and even Mayor Bryan Cadogan joined in, turning up with a wheelie bin filled with seaweed.

On Saturdays, three volunteers are on hand to prepare vegetables for harvesting, while those who can do so are encouraged to harvest their own. A change this season has been Wednesday evening opening to cope with demand.

A gold-coin donation is requested for a large bag of vegetables. No plastic is used; instead reusable bags, made by the local patchwork group, are available.

Surplus vegetables are delivered to those in council units, people living alone or those unable to visit the garden.

Last year, the garden had three notable successes, starting with winning the Health and Wellbeing section in the Clutha District Trustpower Community Awards, then receiving $500 from the Fonterra Grass Roots Fund. It went on to be the only South Island finalist in the Gardena Garden of the Year 2017, which netted $300 plus products from Burnets, Gellerts, Kings Seeds, Skellerup and Oderings.

Egmont Seeds also donated seeds, which was appreciated by the group.

Concentrating on what grows well in Balclutha is obviously a factor in the garden's high productivity, with this year's standouts being carrots, potatoes and silverbeet.

"And our onions were amazing," Beatrice said.

A flop crop was spinach, she said. "People didn't like it, preferring silverbeet."

Once the season is over, the garden will close for the winter and the committee will assess results, with the possibility of adding more raised beds if it is felt demand warranted it.

Robyn described Beatrice as "our driving force", but the former teacher demurred, saying, "It's [been possible] just because I'm retired."

The pair said Mr Dempster had been "absolutely amazing", not just in offering the land and cottage to the group.

"He's put in a watering system and is doing up the house. He is very generous to us and we're very, very lucky," Beatrice said.

The mission statement describes the garden as "a place for people to socialise, share their knowledge of growing vegetables, to learn how to cook the produce thus reaping their reward for participating. It is also a place where everyone in the community is welcome, including children who are encouraged to help in the garden".