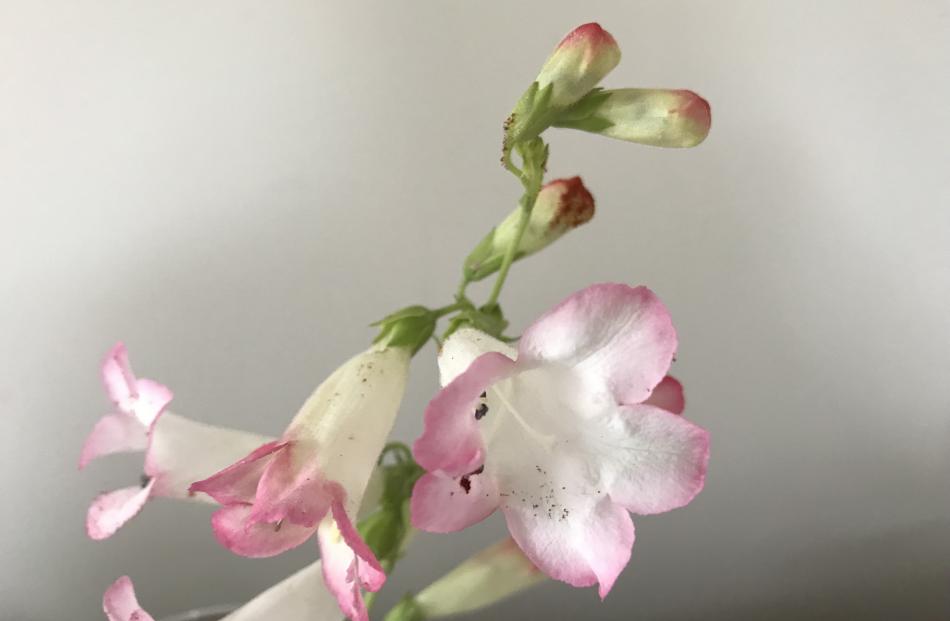 Bred from a Mexican species, Penstemon hartwegii, Apple Blossom’s pink can vary in intensity depending where it is grown. 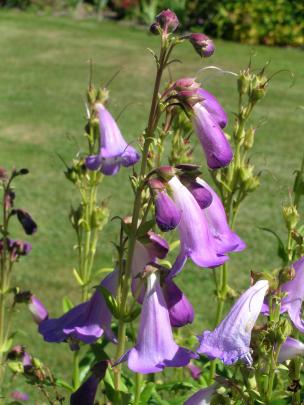 Alice Hindley, introduced in 1931, is still one of the best lavender penstemons. 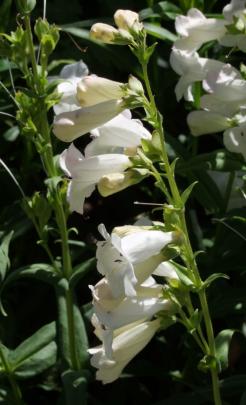 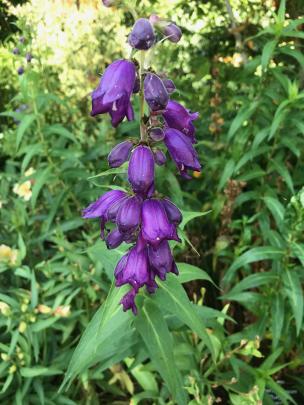 Purple Passion is one of the darkest penstemons available. 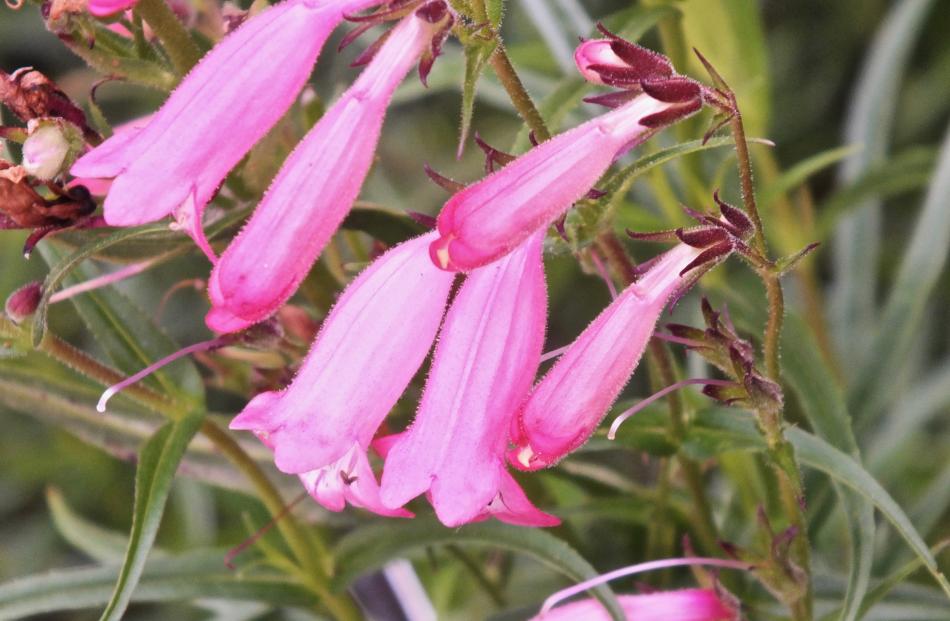 The flowers of Evelyn are tubular in shape. She was bred in Ireland in 1934. 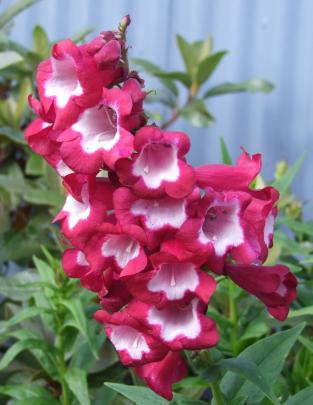 Newer penstemons, such as Watermelon Taffy, tend to have larger, foxglove-like flowers.

With some 250 species, penstemons are the biggest group of flowering plants in North America, their habitat ranging from Canada to Mexico. 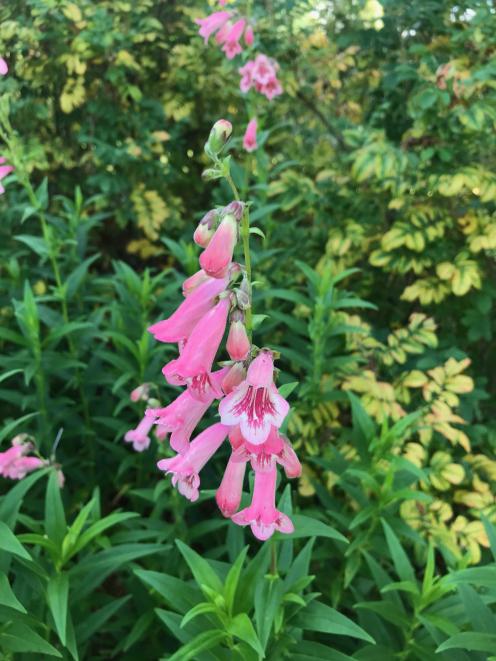 Hidcote Pink was a chance find in an English garden. PHOTOS: GILLIAN VINE
For gardeners, the appeal is the long flowering period, from late spring or summer into autumn, with colours mainly in the pink-purple-crimson group, plus white.

The main differences between the species are flower colour, shape and leaf form, but for the novice it can be difficult to tell them apart, although Penstemon confertus is recognisable for its lemon-yellow flowers tightly clustered on the stems.

Among the species for which seed is readily available in New Zealand are the pale pink "wild snapdragon" (P. palmeri), from the southwest of the United States; purple-blue Rocky Mountain penstemon (P. strictus) and another Rockies native, sky-blue P. cyananthus.

If you are lucky, you may be able to track down seed of yellow-flowered species P. confertus or the unusual drought-tolerant sand penstemon (P. arenicola). The latter grows in low rosettes 15cm-20cm tall and has such beautiful blue-grey blooms that it is known as pride of the mountains in its native Colorado and Wyoming, where its home is high desert areas.

Despite penstemons being North American natives, most of the work on breeding named cultivars has been done in Europe and the United Kingdom. Others have simply appeared in gardens, including the popular Evelyn, found growing at Sissinghurst Castle, and Hidcote Pink. 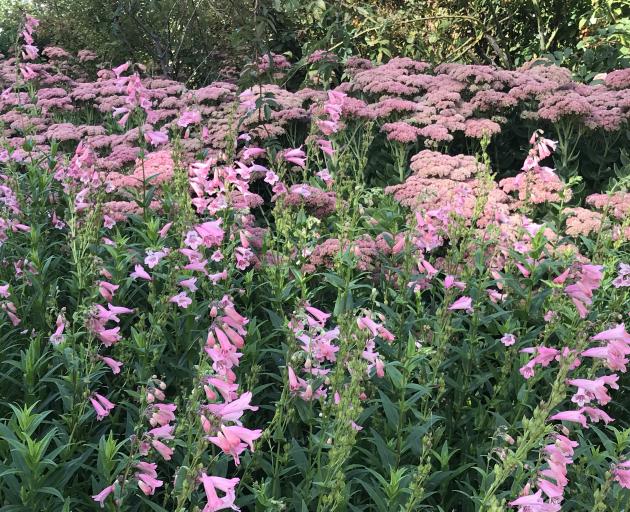 Penstemon is teamed with pink-flowered sedum for a long-lasting display in the Dunedin Botanic Garden.
New Zealand breeders have contributed, too, with smoky-mauve Dorothy worthy of a place in any garden. 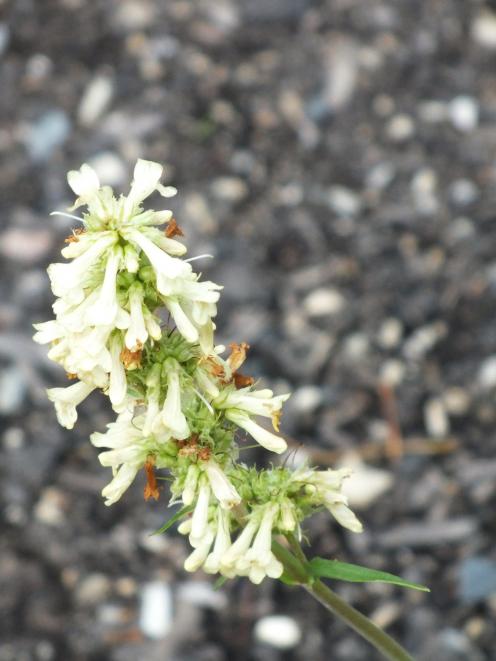 Occasionally available in New Zealand, yellow penstemon (P. confertus) is a hardy species from north-west North America.
If growing from seed is likely to yield more plants than you can cope with, there are dozens of individual varieties available. Newer bicolours include the Taffy range (Strawberry Taffy, Boysenberry Taffy, Watermelon Taffy and so on), while the Cha Cha series has been bred for a more compact (65cm) plant that is claimed to be extremely hardy.

Despite these modern beauties, it is difficult to ignore some of the older varieties, such as lavender-and-white Alice Hindley, introduced in 1931 and still popular or Evelyn (1934), with its pink tubular flowers.

Garnet is another oldie, introduced in 1946, although it may be much older. A Swiss cross between P. harlwegii x P . cobaea, the purplish-red flowers have no white in their throats. Because P. cobaea is considered only half-hardy, Garnet may die in very hard winters.

Most penstemons are very hardy and long-lasting, though, as long as they are very well drained. Apart from that, they are easy to care for but may need summer watering. Light pruning can be done in autumn to prevent the bushy plants becoming too straggly but if a hard cut is necessary, leave it until spring.

As noted, penstemons can be bought as individual plants or grown from seed. Large clumps can be divided in autumn or spring.

The fourth way of propagating penstemons is by taking cuttings in autumn. Choose non-flowering side shoots about 10cm long, remove lower leaves and trim the remaining leaves to about half their length. Put into a pot of sandy soil, put under cover so they can be kept moist but not wet and plant out in spring.

For easy-care, showy perennials, penstemons are hard to beat.