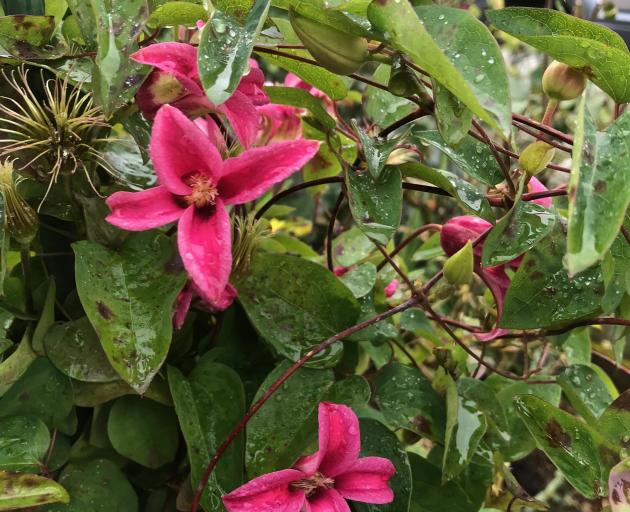 Clematis texensis Princess Diana flowers from early summer until autumn.
The rarest flower colour is turquoise and I can think of only three — the now-rare Ixia viridiflora, tropical emerald vine (Strongylodon macrobotrys) and the Chilean bromeliad Puya.

Last year, I described seeing Puyaxberteroniana in a West Coast garden and was delighted to learn from Millers Flat gardener Deidre Coughlan that it grows in Otago.

"An elderly friend, Peggy Ross, had one in Wingatui Rd [Mosgiel] years ago," she said.

When she lived in Naseby, Deidre was given a plant and it survived, but it was not until she moved it to Millers Flat that her Puya really did well. 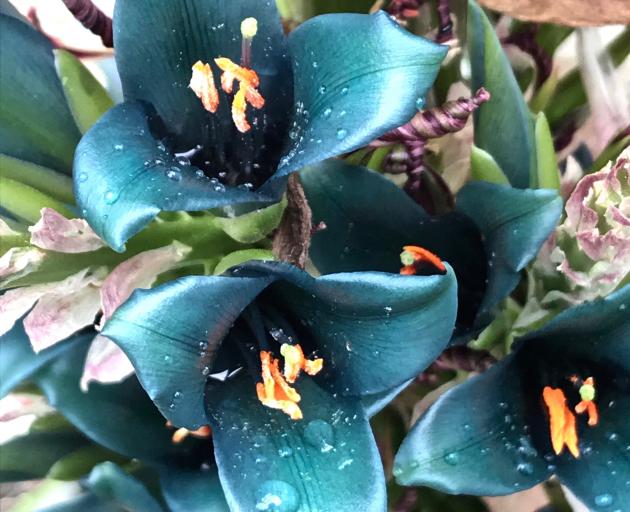 "For the first two years, it had no flowers, nothing at all, then one spike, two the next year and this year, it has four," she said.

"I love it when it first comes out with the orange stamens."

Like many of the bromeliad family her Puya is a prickly plant, but the amazing turquoise flowers in late January compensate for that.

Deidre and her partner bought the former Millers Flat post office 10 years ago — they moved there permanently three years ago — and slowly began establishing a garden. 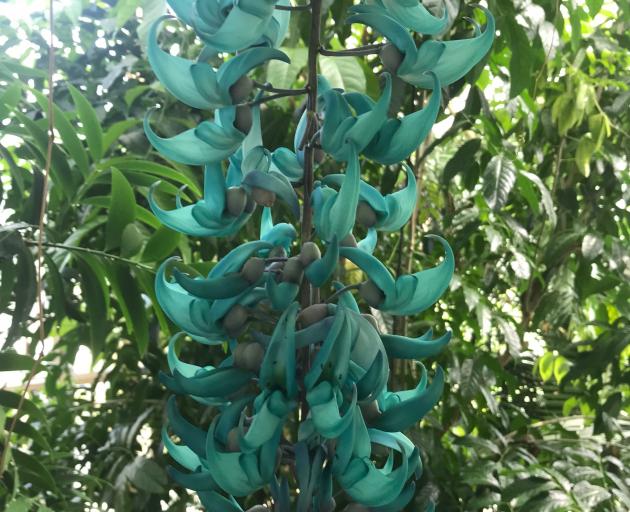 One of Deidre’s favourites is Clematis texensis Princess Diana. Pinkish-red with tulip-shaped flowers, this cultivar flowers from early summer to autumn, much longer than most clematis.

She has even squeezed in a peach tree, Mary’s Choice.