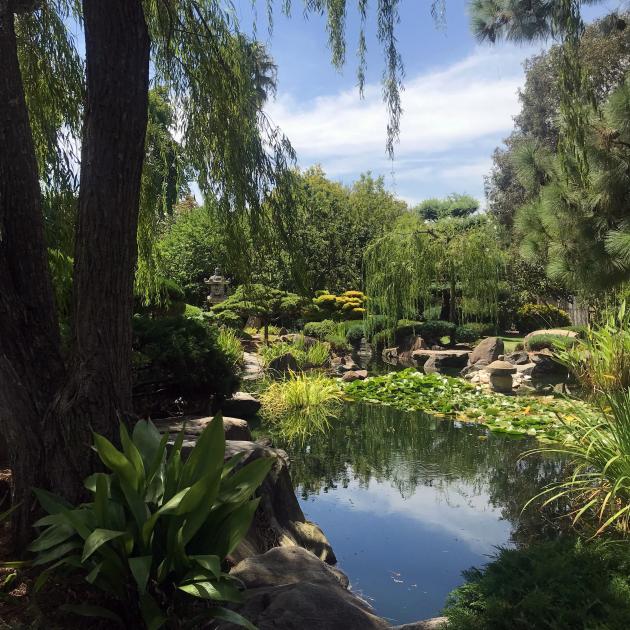 The lake at the centre of the Himeji Garden is based on the character for heart or soul. Photos: Gillian Vine
Gillian Vine enjoys a touch of Japan in South Australia.

Records of Japanese gardens go back more than 2000 years and one of the oldest is Kyoto's Tenju-an. A temple, or Zen, garden, originally built in 1339, it was restored in 1602.

Kyoto has other significant historic gardens, reflecting the fact that this was the country's capital for something like 1000 years, that role transferring to Tokyo in 1868.

The most commonly seen are senzui and kare senzui (or karesansui). In the first, water and rocks are used to replicate lakes and mountains, while in the dry kare senzui garden, water is evoked by sand raked into wave-like patterns. 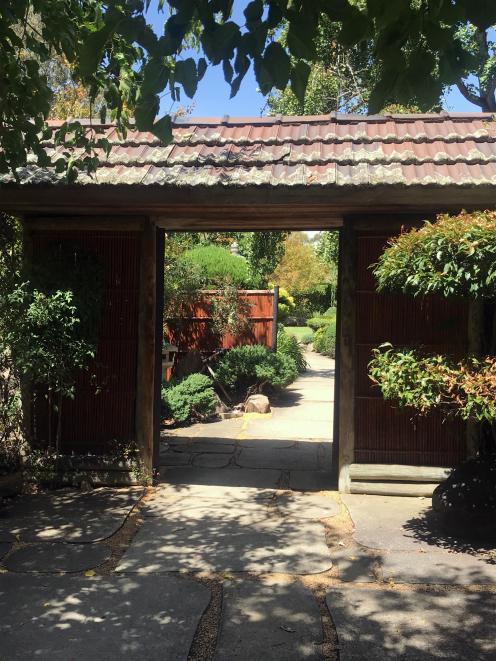 the entrance to a Japanese garden is reminiscent of a temple gateway.
Dunedin, with its sister city link to Otaru, in northern Japan, has a Japanese garden in the botanic garden. Water is to the fore, so it probably qualifies as a pond garden.

In Western depictions of the ancient Japanese art form, kare senzui is usually incorporated into a showcase of a range of styles, for example in Adelaide's Himeji Garden.

Opened in 1985, the garden was a gift from Adelaide's sister city Himeji, which lies between Osaka and Kyoto, and is famous for a 17th-century castle. By contrast, the Nissan headquarters are in the city.

Adelaide's garden blends two classical forms, with lake and mountain features near the entrance and an austere kare senzui towards the rear.

A few steps from the busy intersection of South Terrace and Glen Osmond Rd, the shrubbery surrounding the Himeji garden gives no clue to what lies behind and from the gateway, the path - curving out of sight - adds to the mystery.

Modelled on a temple, a Japanese garden gate is invariably roofed while at a nearby water bowl (chozubachi) visitors can kneel to wash their hands and mouths in a traditional act of humility before nature's grandeur.

Every item in the garden is significant, like the granite lantern, a reminder of the lantern wall at Okunoin, where 200,000 Buddhist monks are buried, the earliest about 816AD. 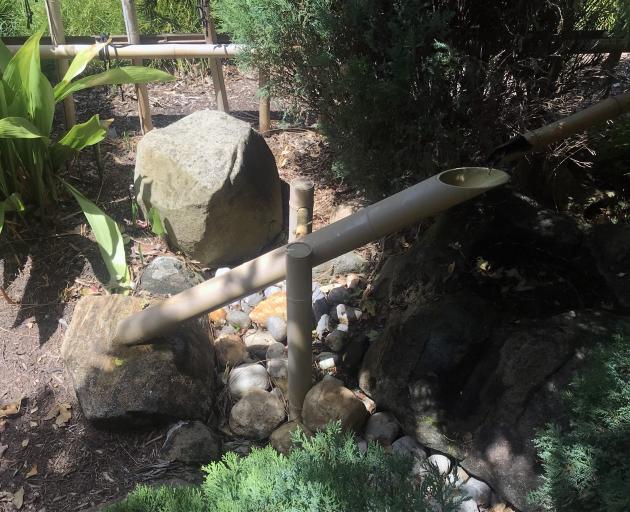 Deer scarers were developed by Japanese farmers to scare wild animals.
The lake has meaning, too, not just as a tranquil area of water at the garden's centre but because its shape is based on the Japanese character shin (heart or soul.) At one end is a small waterfall, barely running after Adelaide's scorching, rainless summer, so it needs imagination to equate it with the wild torrents of Japanese mountains.

The plants have all been chosen for their classical meanings. For example, the weeping willow (Salix babylonica) denotes the graceful young woman who was the spirit of the tree who married a Kyoto samurai when he refused to have her tree cut down. 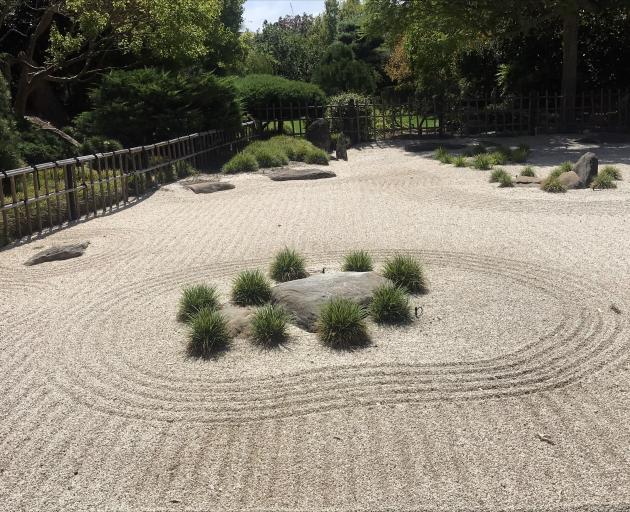 The kare senzui section of Adeaide's Himeji Garden is of the classical Zen format.
Courage in adversity and long life are the hallmarks of the black pine (Pinus thunbergii), while shade-loving sacred bamboo (Nandina domestica) is associated with good fortune, and lotuses or water lilies rise symbolically from the mud in which they are rooted to float elegantly on the surface of a lake.

Don't expect masses of flowers in a Japanese garden, as too much colour is believed to overheat the senses. Even the often-used azaleas are pruned to ensure only the occasional blossom, not the exuberant displays preferred in the West.

Rounded shapes are popular, including cloud pruning, with smaller conifers making an elegant border between lawns and taller shrubs and trees. 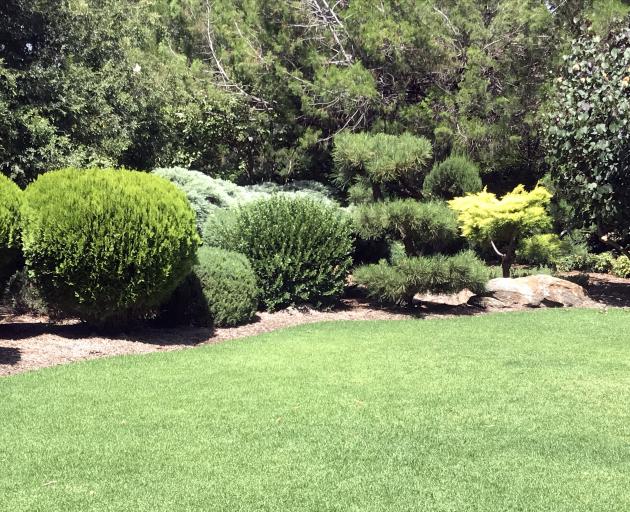 Every aspect of the garden is immaculate.
The Himeji garden has no wild deer or pigs but there is a deer scarer, just in case. A large bamboo tube fills with water trickling from a rock and when it is horizontal, it empties, the end hitting a lower rock with a clack.

Part of the appeal of a Japanese garden is its minimalist style and manicured plants. Nowhere is this more evident in the spartan dry garden (kare sansui), where gravel, rocks and minimal vegetation evoke landscapes whose interpretation is left to the individual. Often called Zen gardens, because the best examples were associated with Buddhist temple complexes, they date back to the Muromachi or Ashikaga period, which ran about 250 years from the middle of the 14th century. The gardeners used chopsticks to remove the tiniest weed and maintain immaculate gravel designs.

Anyone can enjoy the contemplative nature of a Japanese garden and Adelaide's Himeji Garden gives cool respite at any season.

The Adelaide Himeji Garden is open from 8am to 5.30pm, seven days a week except during April to September when it closes at 4.30pm on weekends and public holidays.