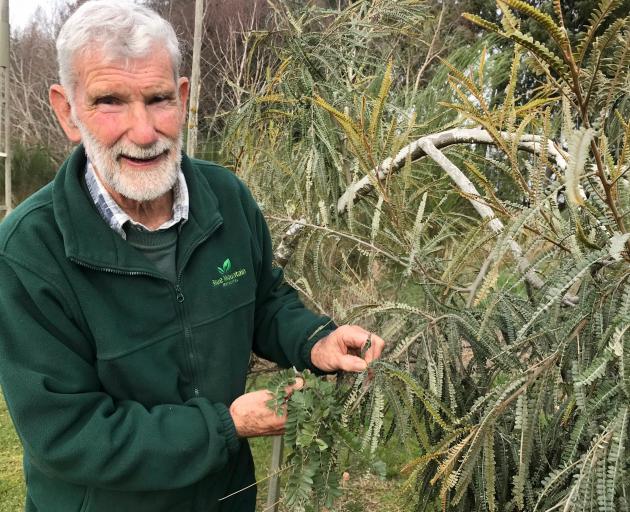 In Tapanui’s kowhai corridor, Denis Hughes holds foliage of a large-leafed kowhai against that of a weeping kowhai. PHOTOS: GILLIAN VINE
Gillian Vine gets an insight into our national flower. 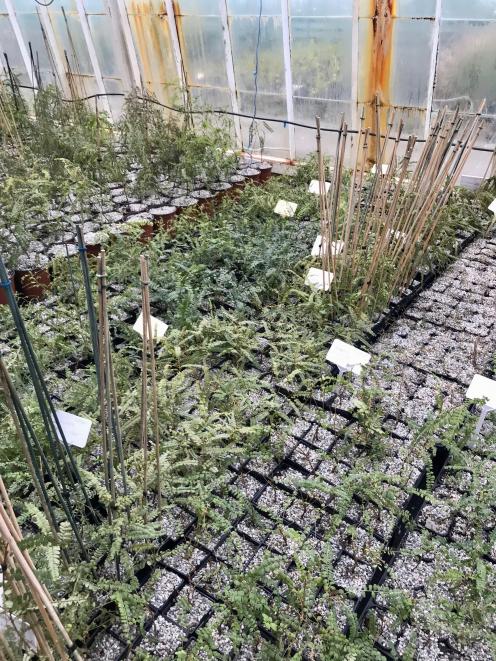 Propagating kowhai from cuttings can be difficult.
Although internationally renowned for his azalea breeding, Denis Hughes has a soft spot for natives.

The West Otago nurseryman, who celebrates his 80th birthday this month, shows no signs of slowing down and is developing numerous new cultivars of perennials, shrubs and trees.

At the same time, he is a passionate supporter of the kowhai corridor, a Sophora collection that forms a nature corridor near the base of the Blue Mountains.

This project is an initiative of his family company, Blue Mountain Nurseries, now run by his son, Chris.

It slots in well alongside the dedicated native riparian planting department, whose staff propagate and grow on plants for streamside planting.

There are about 45 Sophora species worldwide, of which New Zealand has eight, collectively known as kowhai, although Mr Hughes feels there may be more. 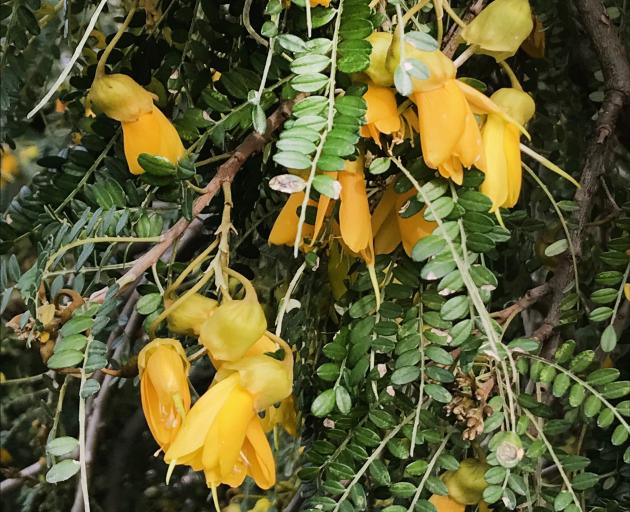 Sophora molloyi Early Gold is one of the first to flower.
In addition, a few have been brought in from other places. 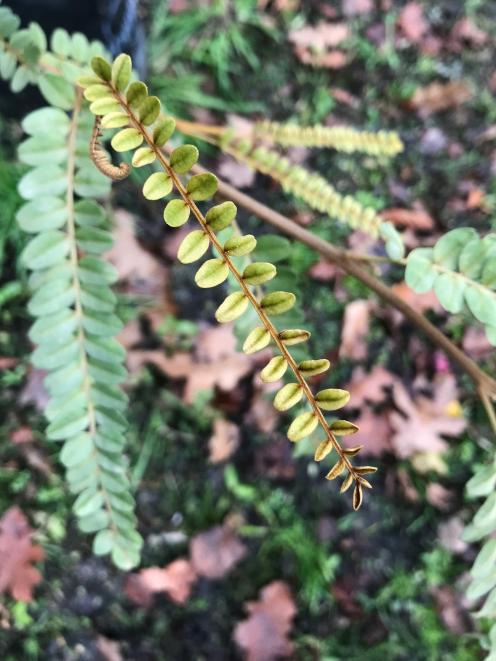 In winter, the leaves of Sophora fulvida Jack Graham have a delicate appeal.
Lord Howe kowhai (S.howinsula) has long been grown in New Zealand under the name S.tetraptera Otari Gnome.

Mr Hughes says there are four South American species, too, which have "been here a long time". One is Chilean pelu (S. cassioides), which was sold as S.microphylla Goldilocks.

The two species are similar but have differences in leaf colour and flower size — Mr Hughes says pelu has shorter flowers and darker leaves.

Pelu grows easily from seed and there is concern it could crowd out native species or cross with them and reduce numbers of pure kowhai.

There is also a push from some purists to limit species to their natural range, a difficult task given how widespread most now are. For example, coastal kowhai (S.chathamica) grows throughout New Zealand but is thought to be indigenous only to the northern half of the North Island. 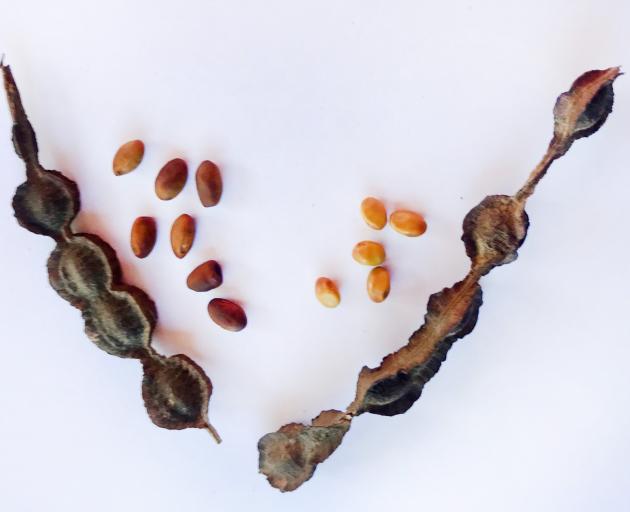 Seeds of kowhai can be brown, as in Sophora molloyi (left) as well as the more familiar gold in species such as S.tetraptera (right).
Two species — S.tetraptera and S.microphylla — are brevideciduous, dropping their old foliage when they start flowering. Coupled with leaf size, this interesting "spring clean" is a useful identifier.

For the home gardener, kowhai can be chosen to flower from May to August or even later; plants can be compact shrubs or trees up to 20m in height.

Flower colour can vary, too, from the orange blooms of Seddon, a S.microphylla x S.prostrata cross, to the creamy blooms of the limestone kowhai(S.longicarinata) from the Nelson region.

Mr Hughes says the limestone kowhai, a small, weeping tree with fine foliage, is "very nice"; for "something different", he suggests Mercervale for its creamy flowers or Milligold, a weeping form of S.chathamica whose branches sweep to the ground. 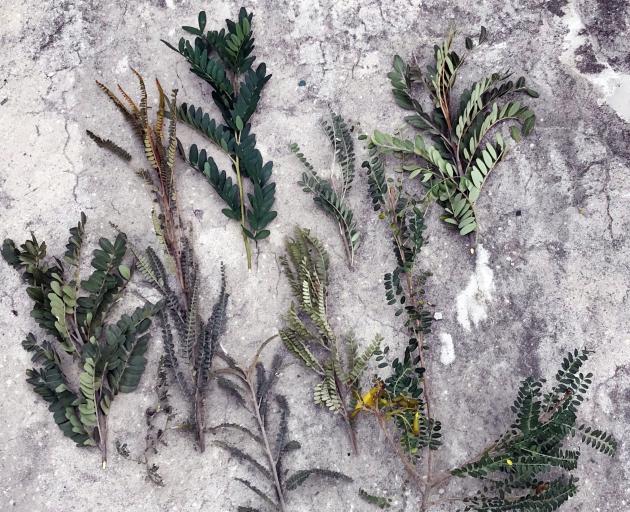 A range of leaf forms of kowhai species and hybrids.
All kowhai flowers are loved by bellbirds, tui and waxeyes, another reason for growing them, especially as the earlier-flowering species and hybrids are a useful source of food for birds in winter.

Tapanui’s kowhai corridor highlights the variety of one of our best-loved natives and underlines the work done at Blue Mountain Nurseries since Mr Hughes’ father, Stanley, established the nursery in 1932.