Living off the land 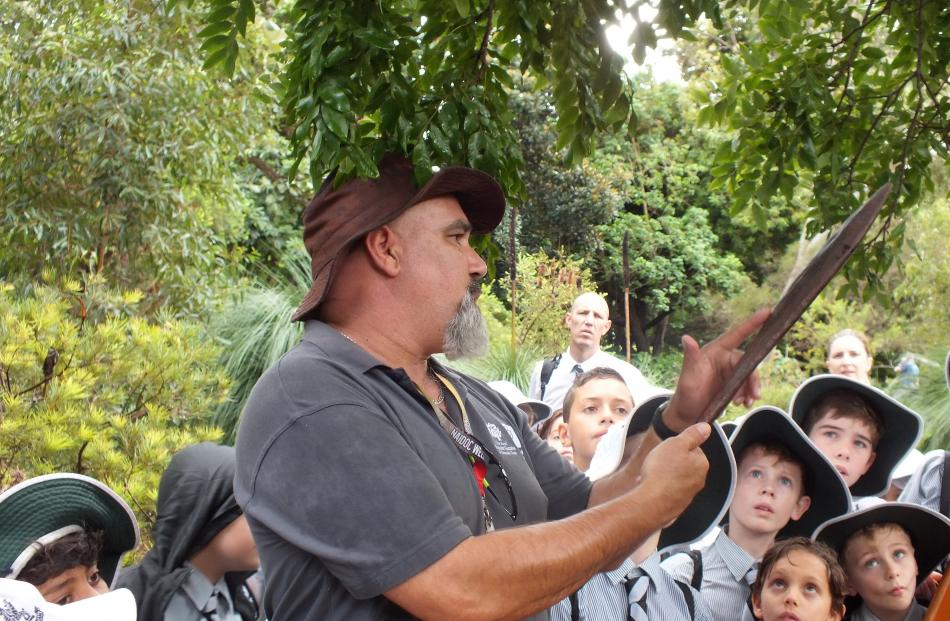 Terry Crawford, a member of the Brewarrina tribe of northern NSW, shares his knowledge with a group of schoolchildren during an aboriginal heritage tour at the Royal Sydney Botanic Gardens. Photos: Gillian Vine. 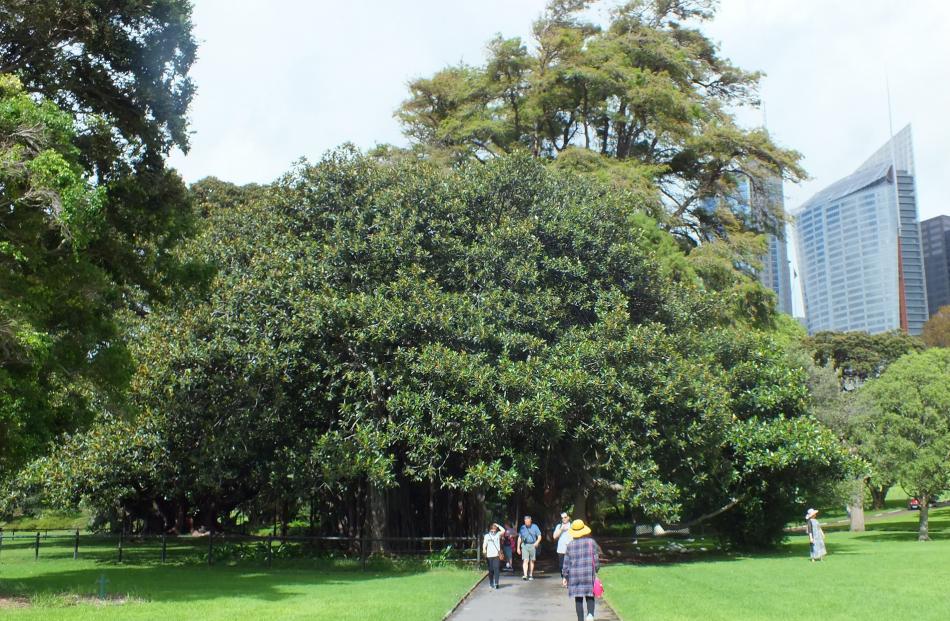 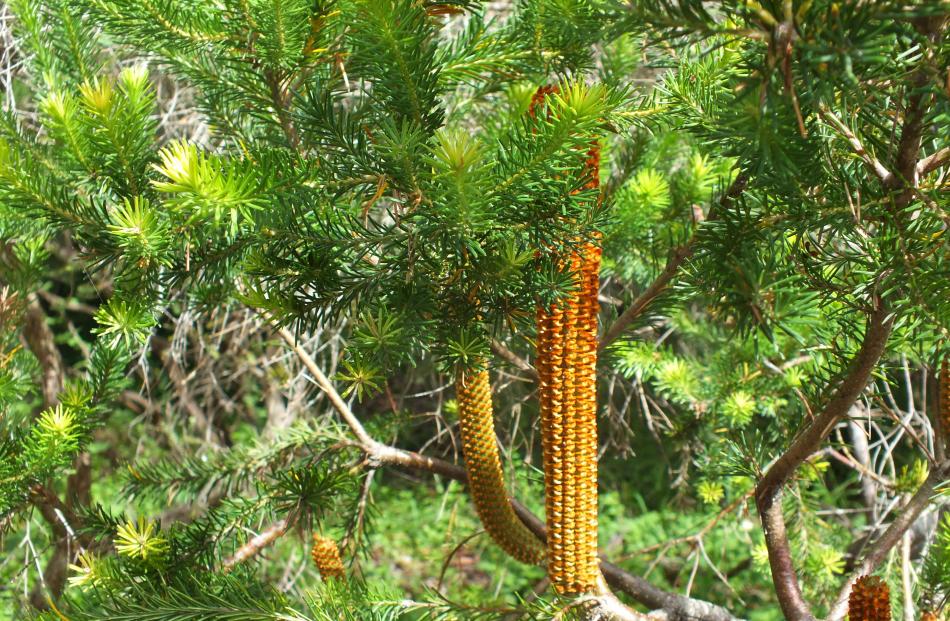 Heath banksia and other banksia species were valued by native Australians as a source of honey. 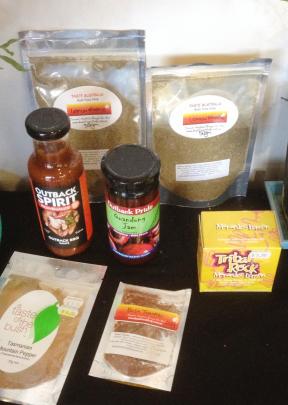 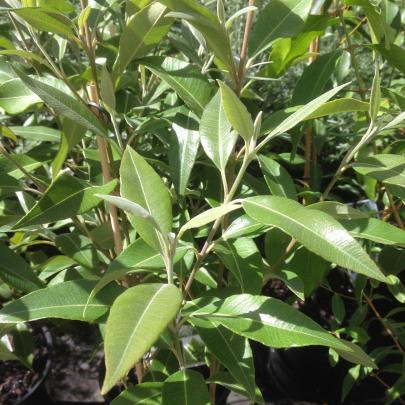 Lemon myrtle is one of Australia’s most versatile plants. 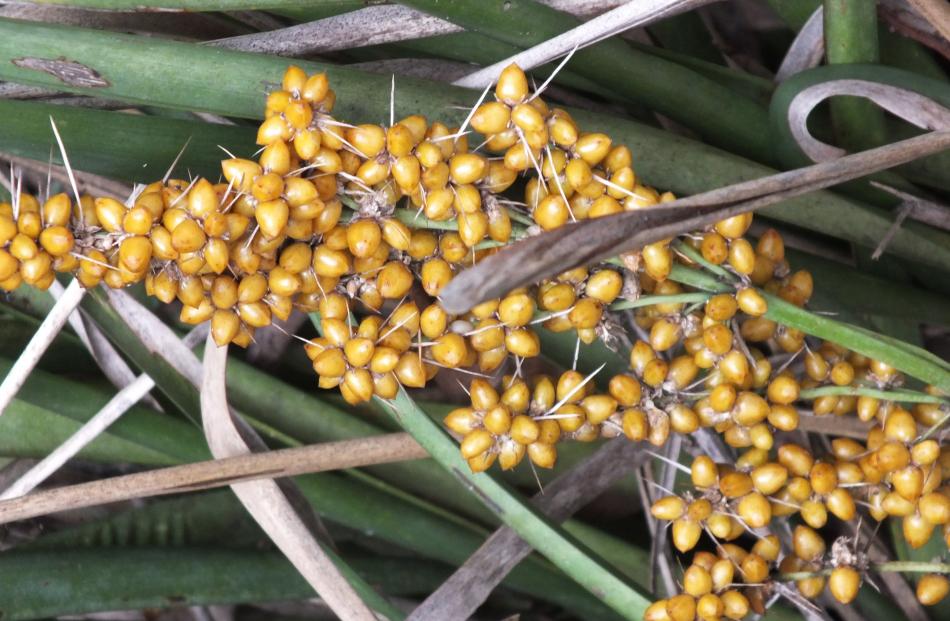 Berries of Lomandra longifolia were ground and used to make a bread-like food.

In Sydney, Gillian Vine gets a taste of bush tucker.

Tim Ella  is looking for some ripe dianella berries for me to try.I have grown Dianella nigra, a different species of the flax-like plant, but its purple fruit is not edible, although birds can safely consume it.

"It’s high in vitamins and packs a real punch," Tim says of Australia’s D. admixta, adding that here in Sydney, this dianella will have two or three crops a year.

The plant’s fleshy tubers can be eaten, too, while stems can be used to make whistles to mimic bird calls.

He demonstrates, explaining that the calls are to bring out snakes, which prey on birds.

"Lots of snakes here," he says, grinning as I nervously peer around my feet.

We are in a small patch of bush in Sydney’s coastal suburb of La Perouse, where Gadagal descendant Tim and his business partner Grant Hyde run Kadoo Tours. They also have tours at Watsons Bay and both highlight Australian indigenous food and culture.

Forget the image of semi-starved native Australians drifting around the continent, the pair say. Aboriginal food was varied and well-flavoured, taking advantage of the vast array of plants, as well as meat and fish. Even now, people talk of the giant oysters found on Sydney’s foreshore, fished out by greedy Europeans.

"And we may have invented bread," Tim says, pointing to a coarse grass, Lomandra longifolia, whose yellow berries were gathered and ground, then mixed with water and baked over hot coals. Other seeds were similarly used throughout Australia, explains Terry Crawford, a member of the Brewarrina  tribe of northern NSW. He leads an aboriginal heritage tour at the Royal Sydney Botanic Gardens and, like Tim, is strongly committed to sharing his people’s history. Schoolchildren are very important, as their exposure to native Australian products is likely to be lemon myrtle soap or a jar of commercially produced Kakadu plum jam but they lack understanding of the background.

I’ve missed out, Terry says, as the Jackson Bay figs (Ficus rubiginosa) are not ripe. Closely related to the Moreton Bay fig, the fruit is purple when ripe and delicious, he says.

I’m amused to have warrigal greens pointed out by Terry, as they’re what we grow as New Zealand spinach, but when Tim offers some lilly pilly (Syzygium smithi) berries, I realise I could have eaten them when we had a tree in Auckland. Nor did I know that the leaves of the Australian mint bush (Prostanthera rotundifolia) can be used instead of the common herb.It was only 40 years ago that non-indigenous Australians began to realise that native foods had been overlooked. Then, in the late 1970s, horticulturists began assessing various plants for commercial use and cultivation.

One of the first steps was not plant-related, though, but was the South Australian Government’s 1980 decision to legalise the sale of kangaroo meat for human consumption.Then came the plant products; lemon myrtle used to infuse meat and fish with flavour, meat or fish wrapped in paperbark to give a smoky aroma, wattle seed  used to enhance chocolate in desserts, Kakadu plum for jam or to flavour ice-cream and lilly pilly berries as a salsa base.

At first, bush-food products were harvested in the wild, but cultivated sources of plants, like those of Kakadu plums (Terminalia ferdinandiana), have become increasingly important in providing sustainable supplies for an expanding market. An example is the indigenous community, south of Broome, in Western Australia, that began harvesting its plantation-grown Kakadu plums two years ago. Its decision was based on the huge and ever-growing taste for the olive-sized fruit, which is rich in vitamin C.

In the early 1990s, the Perry family established its own plantation of lemon myrtle (Backhousia citriodora) in the Nambucca Valley, NSW. The company now makes more than a dozen products, from soap and hair products to tea and spices.

The modern versions may be more refined but they are building on practices that go back thousands of years and with help from people like Tim Ella and Terry Crawford, those traditions will remain alive.

To find out more