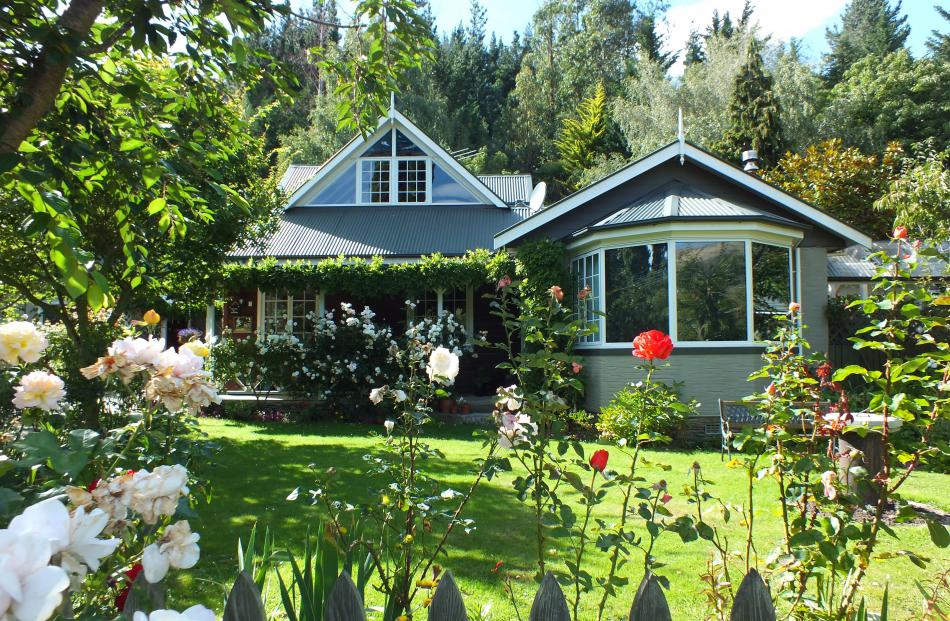 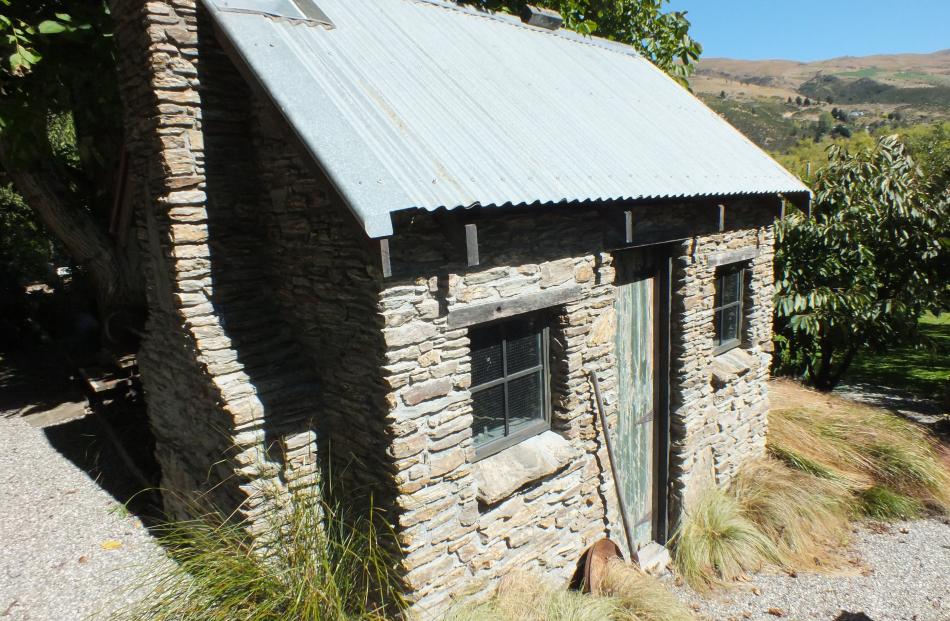 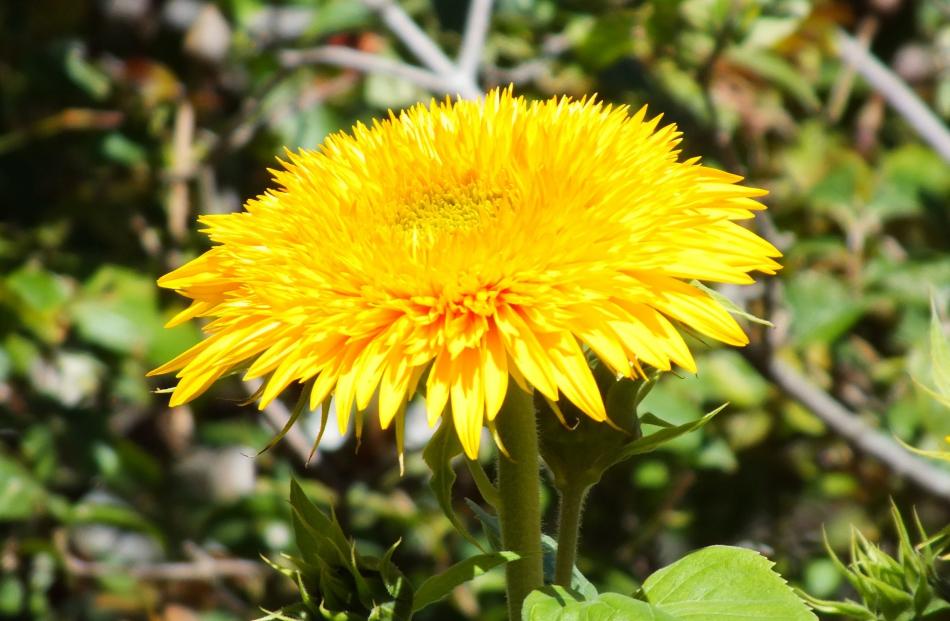 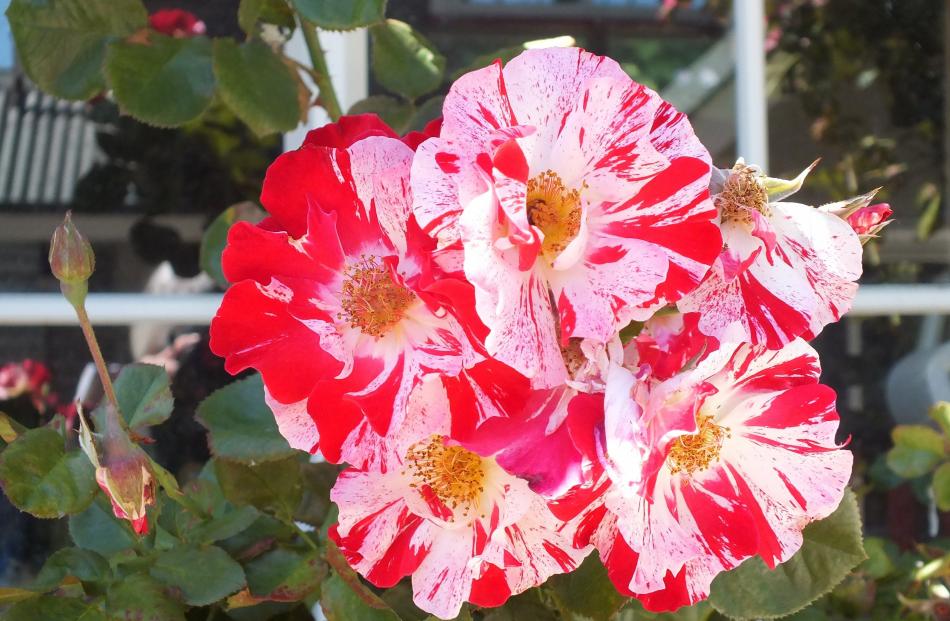 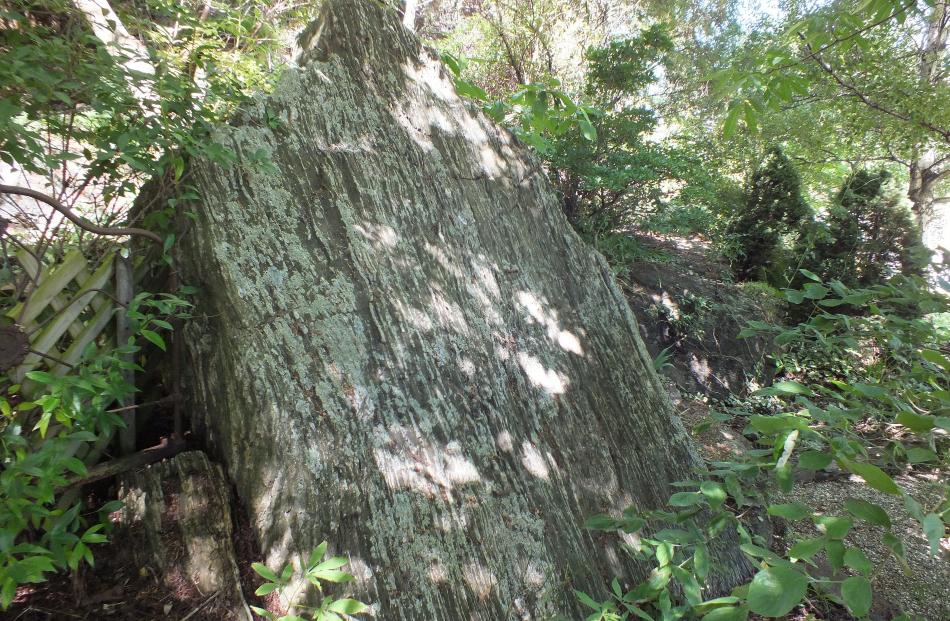 This large schist block is a remnant of past quarrying on the site. 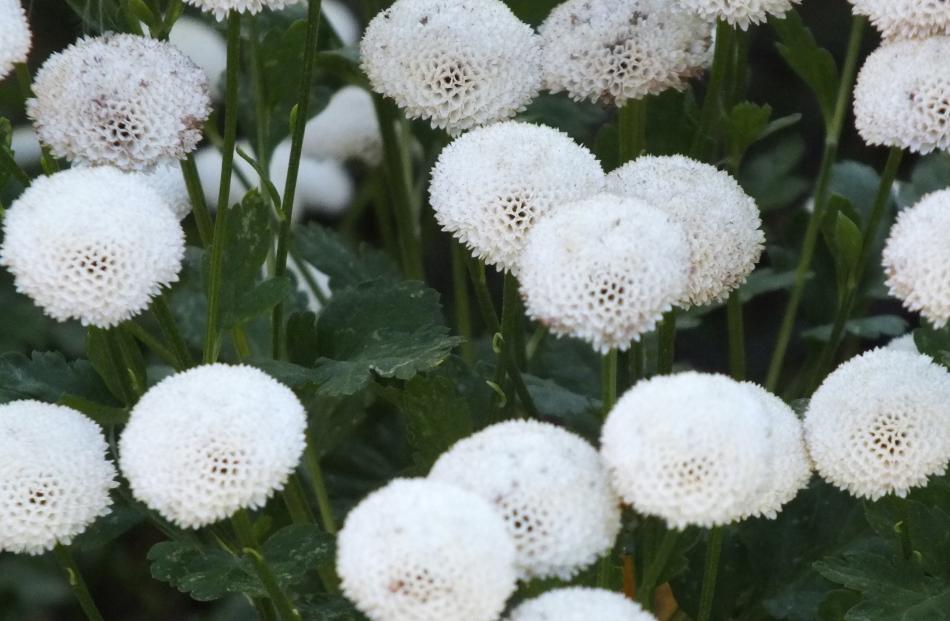 A double feverfew bought at a market. 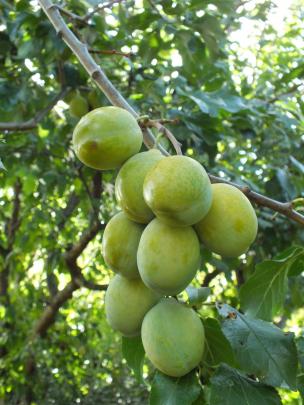 Coe’s Golden Drop is a pollinator for the Dysons’ greengages and a delicious plum in its own right.

A Roxburgh builder who taught himself stonemasonry has applied his new skill to his garden. Gillian Vine reports.

Like many great gardens, Rod and Glen Dyson’s needed folk with a keen eye for its potential.

When they bought the property 24 years ago, the east Roxburgh site had a small house and a 1ha section rose very steeply from a flat area covered with long grass and broom. Huge schist blocks lay about, a reminder that this had been a quarry, whose workings provided stone for a Roxburgh church and bridge piers.

"Everyone used the area around it as a tip," Rod says.

There were some pluses: the site faced the Clutha River and the hills behind the town; there was a mature walnut and a battered old pear tree; and the flat area around the house had river silt to a depth of 2m, put in to cover rocks left from the quarrying days.

Rod and Glen bought the property in 1993, but it was another 10 years before they moved in. He rebuilt the entire house, lifting the kitchen roof to install a skylight and adding windows to give an indoor-outdoor feel.

Although he says "I try not to get too carried away", his stonemasonry skills are evident everywhere. He redid the garage with stone to blend into the surroundings and made a little cottage to disguise the tank filters, a pizza oven, barbecue area "and a cottage to house the boat".

A 1908 photograph showed a stone cottage and Rod found its remains, so rebuilt it ‘‘as close as I could to the original’’, using some of the rocks that had obviously been part of the old structure.

"It was nice to rebuild it," he says.

At the same time, he and Glen were developing the treeless section, adding silver birches and cherries on the front fenceline, and rhododendrons under them to take advantage of the filtered light. Other birches and small trees were added as the hillside was cleared, with dogwoods (Cornus) chosen for their spring flowers and bright autumn foliage, while camellias proved a winner despite the area’s dry summers. Underplanting helped conserve moisture.

Steps were built to the top boundary, where a summerhouse became the perfect place to sit and take in the views.

At the base of the hill, a long path runs from the house to the garage, its gravel surface complementing the pale stone used in various structures. Lawn alongside leads to beds planted with lilies and roses, while a little stream and pond are fringed with hostas and other moisture-loving plants. Behind the house are grapes and a magnificent climbing rose, Fourth of July, planted in memory of Rod’s father, Al, (another keen gardener), who died on July 4, 2002.

In front of the house are more roses, hollyhocks, sunflowers — among them rich yellow double Teddy Bear — and a cute double white feverfew Rod bought at a local market.

Although it looks bright in summer, the Dysons say theirs is more a spring garden, with orange and yellow crown imperials (Fritillaria imperialis), paeonies and "a whole sea of hellebores down the drive and in one corner we have trilliums that grow really well and seed like mad", Glen says.

Vegetables are not forgotten and they also have an enviable collection of fruit trees.

"I think there had always been a bit of an orchard," Rod said, indicating a pear tree that had survived from decades ago.

He had cut it down to a 30cm stump, from which it grew into a strong, healthy tree with delicious fruit. Now it is surrounded by a new orchard: more pears, apples, apricots, almonds, peaches, cherries, plums and greengages.

"We’ve got a bit of everything," Rod says.

The trees are spaced 3m by 3m, which an orchardist advised, but with hindsight the couple feel 4m or 5m spacing would have been better for a home orchard.

Glen points to netting around the orchard, saying "we do have rabbits and have to have the orchard rabbit-proofed."

The cherries have to be netted, too, to prevent birds from stealing the crop, but Glen is still a fan of the birds that come to the garden, especially the quails, which she feeds.

Working with the terrain and planting what works best is a lesson some gardeners ignore but not Rod and Glen Dyson, whose property demonstrates how well they’ve put principles into practice.