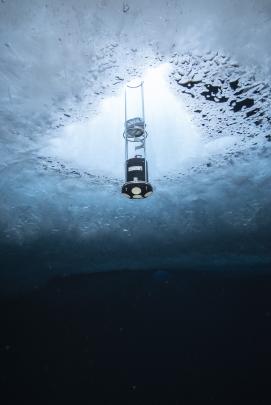 An acoustic doppler current profiler is suspended under the ice to measure currents from the surface to the seabed near Scott Base. Photos: Peter Marriott 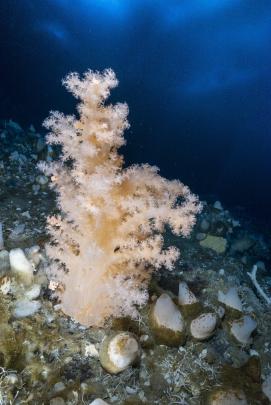 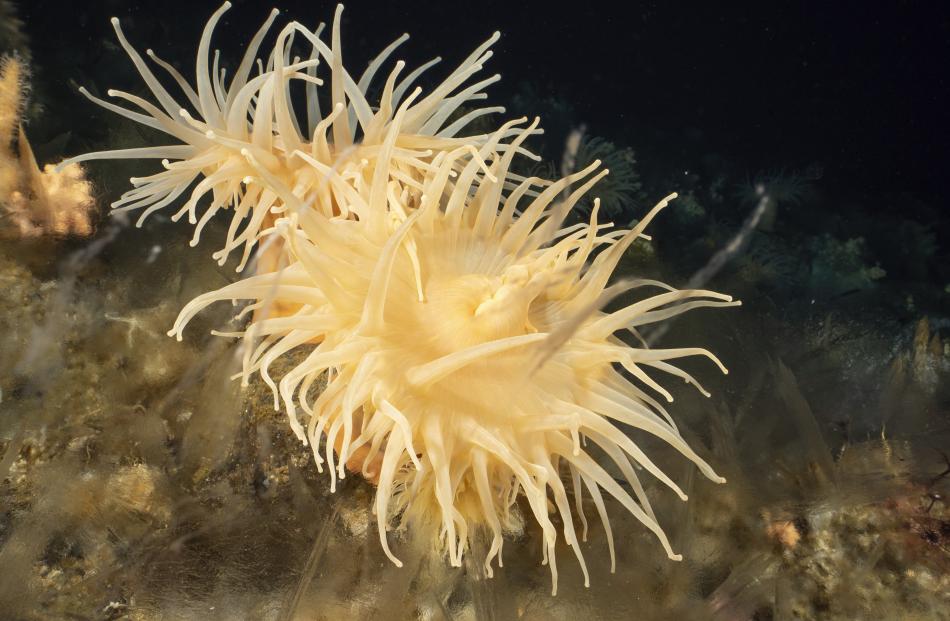 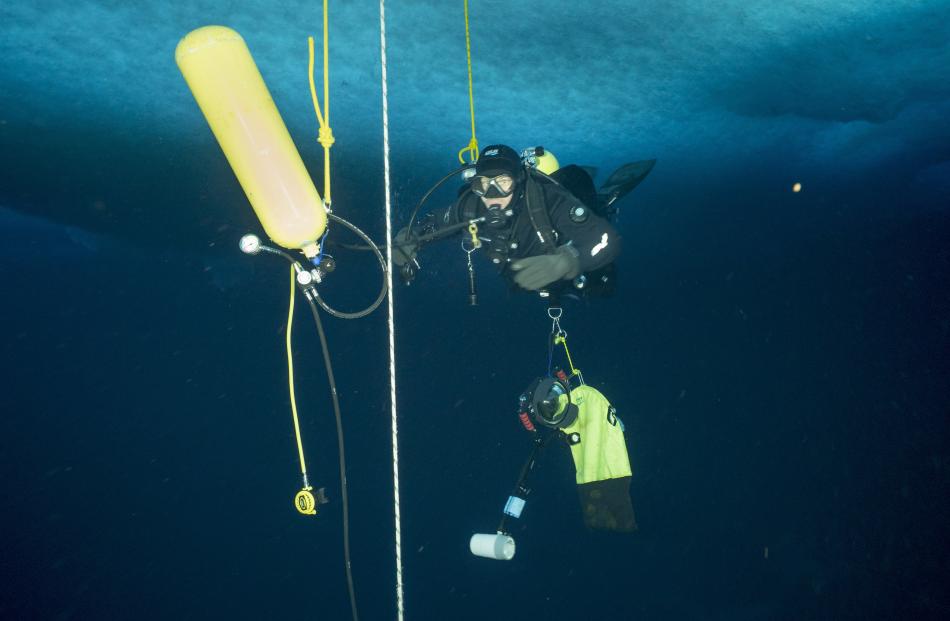 Niwa specialist diver Leigh Tait breathes from a nitrox tank at the end of his dive, one of many extra safety precautions used for diving under the Antarctic ice.

The rich diversity of marine life near Scott Base in the Antarctic has stunned scientists diving under the ice to set up environmental monitoring sites.

Five of Niwa’s specialist divers, working on behalf of Antarctica New Zealand, have recently been setting up three sites to monitor the coastal marine environment and assess tidal currents.

Using diver-held cameras as well as remotely operated vehicles, they established transects that will enable them to check how these animal communities change over time.

Project leader Drew Lohrer said the aim of the trip was to establish sites in the marine environment close to Scott Base that could be sampled repeatedly over the next few years, as the Scott Base rebuild progressed.

‘‘We saw some amazing animals; the environment was dominated by organisms that stay in one place capturing material in the water.

‘‘There were a lot of sponges, soft corals, and hydroids, along with animals capable of motion, such as echinoderms, bivalves, and sea spiders.

‘‘The diversity of the sponges was the most astounding thing about this trip. Some of them were up to a metre wide,’’ Dr Lohrer said.

The team also set up some specialised equipment to provide information on the speed and direction of tidal currents near Scott Base.

Acoustic Doppler current profilers were deployed underwater at two sites on either side of Scott Base in November, and later melted out of the sea ice and retrieved by Antarctica New Zealand staff.

Diving under the ice in Antarctic was challenging and required extra safety precautions such as tethers to help divers communicate with others up top.

Specialist diver Peter Marriott said it was cold and challenging and divers were required to wear a lot of gear.

‘‘But there is always the thrill of the sights you get to see and the almost unlimited visibility. The diverse life under the ice is quite astounding.’’

The divers also saw anchor ice formations — plate-like ice crystals which seed and grow on the seabed — in water so cold it enabled ice to form blanketing crystalline structures near the shore.