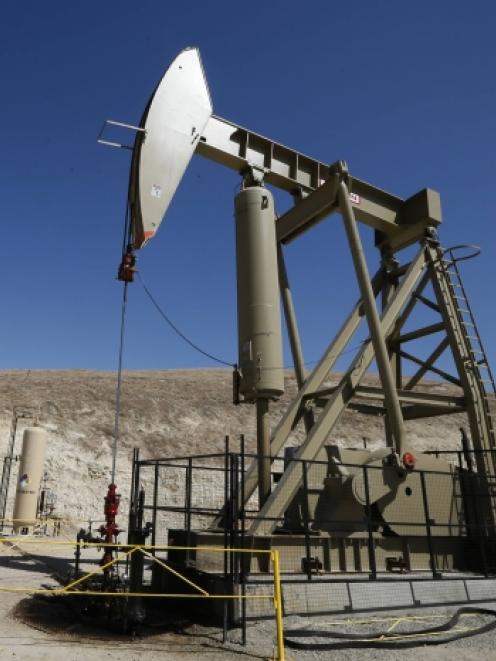 An exploratory shale oil well in California. Photo by Reuters
Drill down a bit and the future for oil may not be so bright, writes Tom McKinlay.

Jed Clampett might well be polishing up his shotgun and heading for Taranaki, following the Government's moves this week to attract further oil exploration.

Or maybe he won't.

Putting aside the fact Jed was a fictional character and the actor who played him died a decade ago, a new report throws further doubt on how much more carbon can be safely dug up and burned.

The report, by the Carbon Tracker initiative, together with climate change researcher Prof Lord Stern, estimates that as much as 80% of fossil fuel reserves need to stay in the ground if the target of limiting global warming to 2degC is to be met.

''This budget, however, is only a fraction of the carbon embedded in the world's indicated fossil fuel reserves, which amount to 2860Gt CO2,'' the report says.

Among the concerns thrown up by this scenario is the threat of a ''carbon bubble'' in financial markets, as investors realise much of the reserves on fossil fuel companies' books can never be burned.

Further investment in finding new reserves becomes a waste of money. And the figures here are large. The report estimates that the top 200 oil and gas and mining companies allocated up to $US674 billion in the last year for finding and developing more reserves and new ways of extracting them.

Australia has a significant exposure, as its estimated reserves could account for 75% of the global budget for CO2 from burning coal, yet it produces only 11% of global coal. Despite that, $A6 billion was spent by Australian listed companies last year on developing these ''unburnable'' coal reserves.

In a similar vein, the contributors to a new book Is Sustainability Still Possible?, write that the nub of the greenhouse gas problem is not emissions, but extraction. They urge that the focus for climate change policy move from the end of the exhaust pipe to earlier stages of the fossil fuel industry.

''The carbon lens portrays the global ecological predicament as one-dimensional: deal with carbon emissions, and everything else will follow,'' they write.

That absolves of responsibility all those who extract, process and distribute and does not question the requirement to extract as the result of futures markets and the use of reserves as collateral, they say.

Climate change champion and Nobel Peace Prize winner Al Gore is singing from the same song sheet in his new book The Future.

Carbon fuel companies still assume their reserves will be produced and sold at market rates for burning, he says.

''Yet any reasonable person familiar with the global scientific consensus on the climate crisis knows that these reserves cannot all be burned. The very idea is insane.''