Care across the oceans 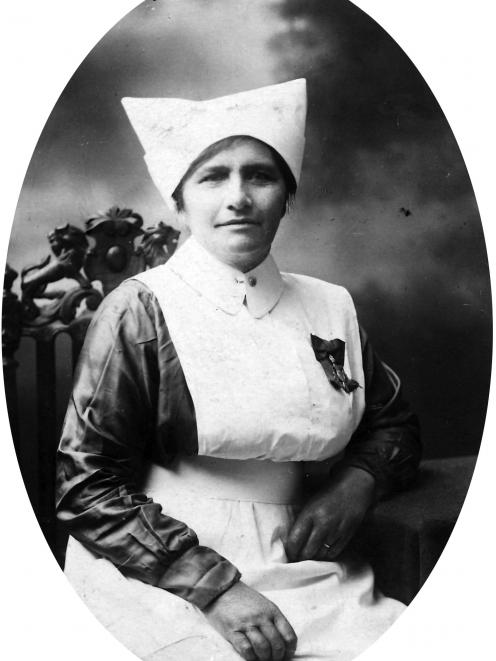 By the time she died in late 1939, Martha Tahumu Spencer (nee Erueti/Edmonds) was one of only a handful of Maori women to have been appointed to a class of the Most Excellent Order of the British Empire. This group included Te Puea Herangi (Waikato Tainui), who was appointed a CBE in 1937. Two decades earlier, in 1918, Miria Pomare (Rongowhakaata and Te Aitanga a Mahaki), Rahera Muriwai Mutu (Ngai Tuahuriri and Ngati Waewae) and Ripeka Wharawhara Love (Te ati Awa) each received an OBE. In the following year’s King’s Birthday Awards, Martha Spencer was awarded an MBE. The awards to these four women were interconnected: granted to acknowledge their efforts in support of Maori soldiers during the First World War.

Martha was born and raised at Otakou. Her father, Matiu Te Hu, was one of two children born to Te Rahuru Te Horo and her husband, Thomas Edmonds. Matiu was born in 1843, not long before the Otakou Purchase, and died in 1910. He therefore personally experienced the full impact of colonisation for Kai Tahu ki Araiteuru. This included the loss of mahika kai and being hemmed in on small, uneconomic parcels of Native Reserve land. 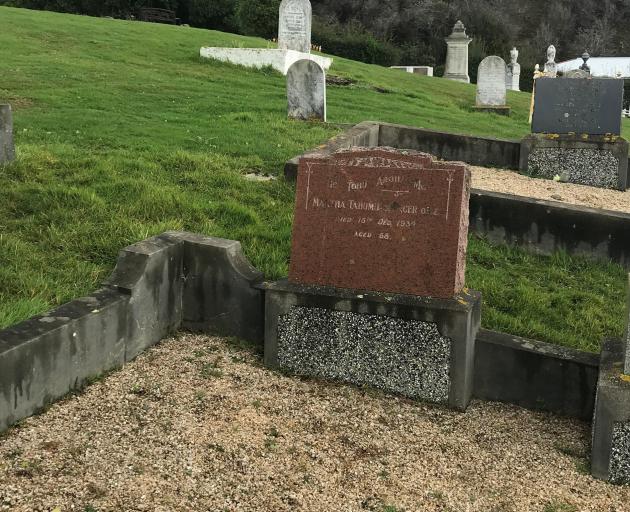 Martha Spencer’s headstone in the urupa above the Otakou marae. PHOTO: SUPPLIED
In 1891, when Martha was in her late teens, her father vividly described these conditions and the resultant poverty to the royal commission presided over by Judge Alexander Mackay. This testimony offers a glimpse of the difficult environment in which Matiu and his wife Helen (nee Coupar) raised Martha and her sister Elizabeth. Helen was also Kai Tahu. Her mother, Te Mahana, came from Arowhenua but lived at Rakiura with her Scottish whaler husband, with whom she had 12 children. 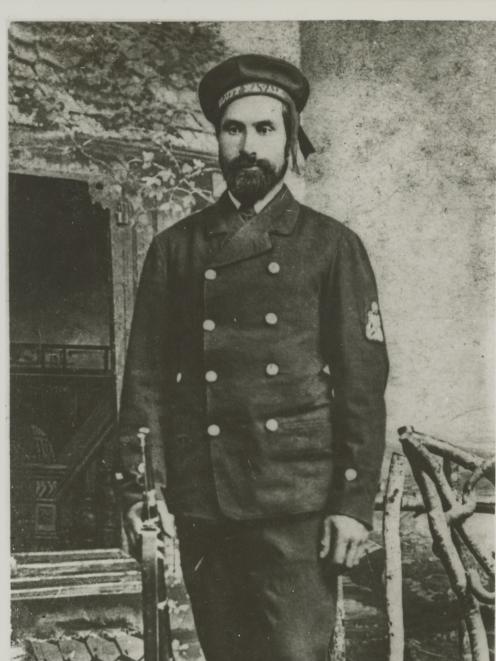 Jack, who was her cousin, hailed from a well-known Kai Tahu family at Bluff but appears to have been living at Otakou at the time. Born in 1879, he was seventh of 12 children born to William and Louisa Spencer (nee Coupar).

Martha and Jack’s wedding was a high-profile affair as it coincided with the dedication of a new altar in the whare karakia and a confirmation service involving members of the Taiaroa, Karetai and Ellison whanau, among others. Presided over by the Bishop of Dunedin, who was also the Primate of the Anglican Church in New Zealand, the occasion attracted 120 guests. During the hakari, "Mr D. Ellison ... wished the newly wedded couple a long life and happiness".

Sadly, this was not to be: 10 years later, aged 36, Jack died. His burial in the Spencer whanau section of the Bluff Cemetery suggests that he and Martha were living in the port town by this stage.

"They used the money they raised ... through sales of Maori craft work, concerts and auctions, to send parcels to Maori soldiers ... and foods such as strings of dried pipi and preserved muttonbirds."

Martha Spencer was the secretary of one such "Maori women’s committee" at Bluff. Moreover, in 1918 she was one of two local Kai Tahu women described as "at present organising the Maoris in Southland" to raise war funds. To this end, Martha and the Bluff committee arranged a "Maori Street Day" at the port that year. This was advertised as embracing "poi dances and hakas" and promised "workers" would be in "Maori costumes". Stalls would be "replete with native curios, nets, baskets, model canoes, poi and tiki badges etc". 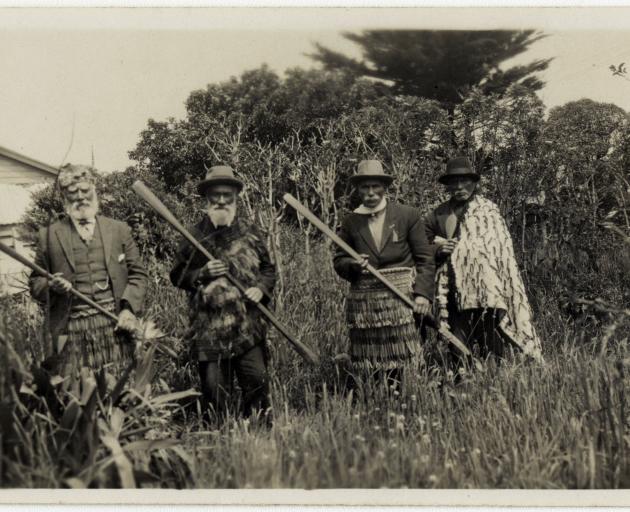 Kai Tahu residents of Bluff (from left) Tiemi Haereroa Kupa, Tiori Mahure, Wiremu Spencer and Te Kene Turia Morokiekie, c1935, about three years before Mr Spencer died, aged 93. PHOTO: PYBUS COLLECTION, HOCKEN LIBRARY
Further information on Martha’s contribution to the Maori Soldiers’ Fund — and a means by which the organisation sourced its titi — is revealed in her obituary: "Her greatest work was during the Great War, when she organised her tribes, the Ngaitahu and Ngati-Mamoe, in raising funds and sending comforts to members of the Maori Battalion. Probably the finest part of her work was the sending of Maori foods to the Maori troops". Martha, it asserted, "was responsible for millions of titi [muttonbirds] from Foveaux Strait being sent from New Zealand".

Certainly, many thousands of titi were shipped overseas for Maori soldiers: somewhere between 10,000 and 18,000 in 1917 alone. In June of that year, Riverton’s Western Star newspaper noted: "A good move is being made at the Bluff and other places. The idea is to secure 4000 muttonbirds and send them to their boys at the front. It would indeed be a great treat for them."

Later in 1917 "the Ngaitahu tribes" and the Bluff-based merchants Nichol Brothers were singled out for supplying and packing some 8000 titi for Maori soldiers. The following year, not long after the titi season concluded, the Bluff Press reported that "the Ngaitihu [sic] Association dispatched a gift of 4500 muttonbirds to the Maori Battalion from Bluff last week ... In addition, the Lady Liverpool and Mrs Pomare Maori Soldiers’ Fund are dispatching 2000 birds".

Martha Spencer appears to have played a key role in securing these titi. In so doing, she probably worked closely with her father-in-law, William Spencer, who is recalled as having both fundraised and processed titi for Maori troops in France. Some of these maybe even found their way to Martha’s brother-in-law — William’s youngest child Robert — who served in the Pioneer Battalion before being captured by German forces and becoming a prisoner of war. While Robert thankfully survived and returned home to Bluff, Martha’s nephew, her sister’s son Stewart Karetai, was not so fortunate. A member of the first Maori contingent, he died at Gallipoli, in August 1915, aged only 21. 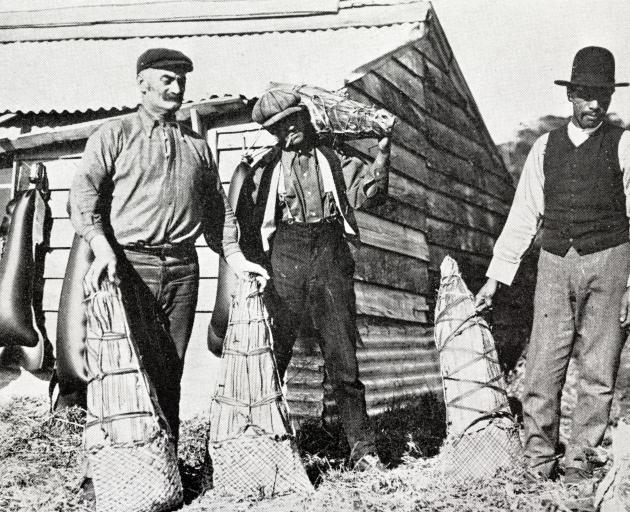 This photograph, taken in 1910, on Tia Island, one of the titi (muttonbird) islands east of Rakiura (Stewart Island). Three men, including John Kaiporohu Bragg (left), are holding completed poha-titi, ready for transportation to the mainland. Through her fundraising efforts Martha Spencer bought many poha-titi and had them shipped to Maori soldiers serving in World War 1. PHOTO: OTAGO WITNESS
In 1920, as the dust began to settle on the war that it was said would end all wars, Martha Spencer and 11 other people assembled at Dunedin’s Public Art Gallery to receive royal honours. Fittingly, given Martha’s work with and for the Lady Liverpool and Mrs Pomare Maori Soldiers’ Fund, it was presented by the former’s husband, Lord Liverpool.

The following two decades of Martha’s life are unclear. One of her husband’s long-lived siblings, as well as people at Otakou, refer to her working as a nurse. However, there are no records of her completing nurse training or working as a registered nurse or midwife. It is therefore possible Martha worked as a nurse aide. She died at New Plymouth in 1940 but her tupapaku was brought back to Otakou for interment in the urupa above the marae.

The motto of the Most Excellent Order of the British Empire is "For God and the Empire", to which, in Martha’s case, we might add Maori soldiers and titi. 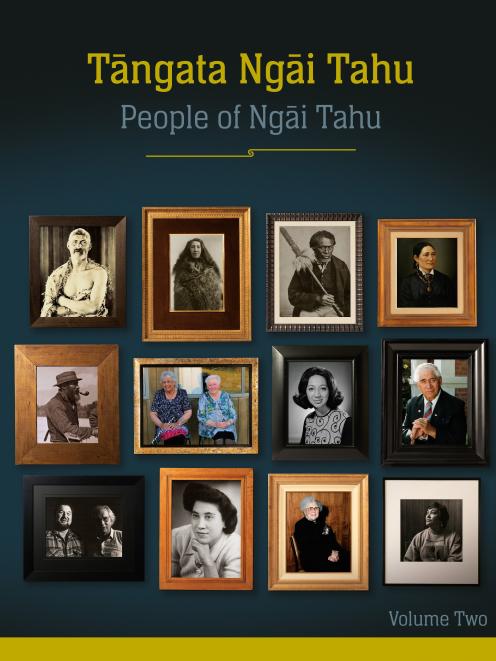 The rich and diverse lives of Kai Tahu people are remembered and celebrated in Tangata Ngai Tahu, Volume Two.

The people in this book — some 50 biographies spanning time, geography and kaupapa — have contributed to their iwi, hapu and whanau in myriad ways. They are wahine toa, rangatira, community leaders, activists and scholars, fishermen and farmers, sportspeople, weavers and more. All are descendants of Waitaha, Kati Mamoe and Kai Tahu. United by whakapapa, they are Tangata Ngai Tahu.

Many of the biographies in Volume Two celebrate the stories of Kai Tahu women, emphasising the importance of mana wahine.

Volumes One (2017) and Two (2022) have been produced by the Ngai Tahu Archive team at Te Runanga o Ngai Tahu, under the guidance of Te Pae Korako advisory committee, whose members include historian Atholl Anderson and former Ngai Tahu Maori Trust Board chairman Sir Tipene O’Regan, who has written the foreword to both volumes.

The editors of Volume Two are Helen Brown and Michael Stevens, members of the Ngai Tahu Archive team. Dunedin-based Stevens wrote the introduction to Volume Two and several of the biographies, including that of Martha Spencer.

The book is illustrated with hundreds of photographs sourced from the Ngai Tahu Archive, other institutions and whanau collections.