Author and Observer writer Robert McCrum loves a good list. Thus he has crafted a definitive selection of essential works of non-fiction, classic titles he believes have had a decisive influence on the shaping of the our imagination — economically, socially, culturally and politically.

His choice for No 9 is Dispatches, in which a compelling sense of urgency and a unique voice make Michael Herr’s Vietnam memoir the definitive account of war in our time. 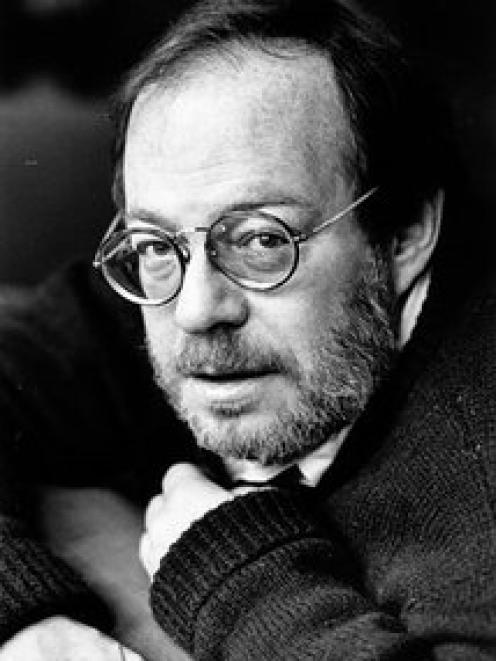 Despite every other kind of progress, humanity still lives and dies in conditions of either war or peace, a truth reflected in our literature. There is still a place for a great war book such as Dispatches. Like its precursors, from Homer to Hemingway, whose company it keeps, Dispatches seems to begin mid-sentence, plunging its readers into the war zone before they can take up defensive positions: There was a map of Vietnam on the wall of my apartment in Saigon and some nights, coming back late to the city, I’d lie out on my bed and look at it, too tired to do anything more than just get my boots off. That map was a marvel, especially now that it wasn’t real any more.

As visitors to a place that could not be mapped ("for years now there had been no country here but the war"), Michael Herr’s readers must quickly acclimatise to the surreal experience of Vietnam in 1967, as though they have no choice: there’s a war on.

Combined with the compelling urgency of Herr’s narration — every line set down as if it’s about to be interrupted by incoming shell-fire — there’s Herr’s mesmerising voice itself, perhaps the single greatest achievement of a book that, nearly 40 years on, offers the definitive account of war in our time, especially the Vietnam War — among the most terrible of the post-war wars. Inspired by the example of 1960s New Journalism, Herr’s voice (after Tom Wolfe) is his own petrified, or doped-out, interior monologue spliced with scraps of rock’n’roll and the everyday jargon of the "grunts", the American GIs in the swamps, jungles and choppers of ’Nam in their search-and-destroy missions against "Charlie", the Viet Cong: As well as the relentless jeopardy and the unforgettable voice in Dispatches, there’s also Michael Herr’s profound sympathy for, and grasp of, the psychology of men in combat.

Thanks to his reckless immersion in the war at one of its craziest moments — working as a magazine journalist during the Tet offensive of 1967 and its aftermath — he catches the mix of humour, madness and drugs, setting it all down on the page with a rare combination of precision and compassion so that, as the reader, you think: I was there. 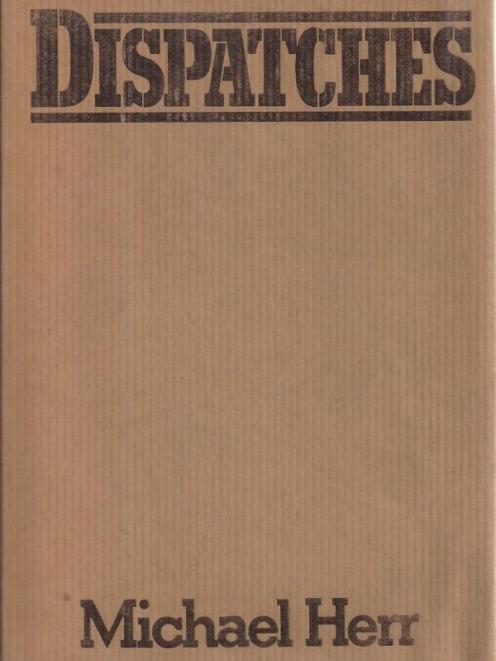 Finally, as if all this were not enough, Herr in Vietnam (sadly, never since) is an excellent writer: "In Saigon I always went to sleep stoned so I always lost my dreams, probably just as well, sock in deep and dim under that information and get whatever rest you could, wake up tapped of all images but the one remembered from the day before, with only the taste of a bad dream in your mouth like you’d been chewing on a roll of dirty old pennies in your sleep."

Some of Herr’s best and most quotable passages read like hallucinations, and some simply are just that: descriptions of being stoned on the front line, like a character in Apocalypse Now, a film classic whose script Herr also contributed to: "Just lying there tracking the rotations of the ceiling fan, reaching for the fat roach that sat on my Zippo in a yellow disc of grass tar. There were mornings when I’d do it before my feet even hit the floor. Dear Mom, stoned again. In the Highlands, where the Montagnards would trade you a pound of legendary grass for a carton of Salems, I got stoned with some infantry from the 4th."

Herr can be funny, too. Describing the United States mission, he writes that "At the bottom was the s...-faced grunt, at the top of a Command trinity: a blue-eyed, hero-faced general, a geriatrics-emergency ambassador and a hale, heartless CIA performer".

Namechecking an in-country spook, Robert "Blowtorch" Kromer, Herr drily adds that "if William Blake had ‘reported’ to him that he’d seen angels in the trees, Kromer would have tried to talk him out of it. Failing there, he’d have ordered defoliation".

Dispatches is not just painfully vivid; it knows that it’s part of the historical record, and is grounded in history, even if no-one can be sure precisely where to locate the origins of the Indochina tragedy. Herr again: "Mission intellectuals like 1954 as the reference date; if you saw as far back as War 2 and the Japanese occupations you were practically a historical visionary."

For the US, it mainly started in 1961, or 1965, after the Tonkin resolution; for Herr it started in 1967 when he became Esquire’s war correspondent based in Saigon.

"Sitting in Saigon," he writes, "was like sitting inside the folded petals of a poisonous flower, the poison history, f... in its root no matter how far back you wanted to run your trace."

Herr hooked up with an English war photographer, Tim Page, and Errol Flynn’s son, Sean, who would later go missing on assignment, and went chopper-hopping round the war zone, taking huge risks, getting stranded in Khe Sanh in the winter of 1968 during its infamous siege (a brilliant set piece at the heart of Dispatches), surviving against the odds. Herr stuck it out until 1969, then came back to New York City with a heap of notes, a file of Esquire pieces, and a bat cave of toxic memories. Within 18 months of coming home, he was in the midst of a near-disabling depression, and perhaps the writing of Dispatches became part of his route out of hell.

The upshot was a book, published in 1977, which every journalist and writer — from John le Carré to Robert Stone — who had ever been in a war zone wished they’d written. Comparisons were made with books like The Red Badge of Courage and All Quiet on the Western Front, but this was different: it was by a writer not a soldier, and it was the writer’s sensibility that made his book captivate a whole generation of readers. Another celebrated "new journalist", Hunter S. Thompson, spoke for the profession when he said: "We have all spent 10 years trying to explain what happened to our heads and our lives in the decade we finally survived — but Michael Herr’s Dispatches puts the rest of us in the shade."

In the United Kingdom, where Herr lived for a while during the 1980s, British war correspondents such as Ed Vulliamy,  of  The Observer, would make a point of getting an introduction: "Every writer who has tried his or her hand at war journalism," wrote Vulliamy, "would go to meet Michael Herr rather like a student of the cello would approach Mstislav Rostropovich. Apart from learning by listening, the gratifying thing is to find that one’s own follies and fears are echoes of Herr’s; one almost feels validated in one’s quirks of judgement in the aftermath of war."

Now in a new century, and a new geopolitical landscape, it’s as though everything, and nothing, has changed. As Herr writes, in another of his most haunting passages, the US army "took space back quickly, expensively, with total panic and close to maximum brutality. Our machine was devastating. And versatile. It could do everything but stop."