Two of a sequence of photos taken with a wide angle ‘‘fisheye’’ lens.
The merest hint of an aurora compels me to fill my car with cameras and head out into the night, writes Ian Griffin. 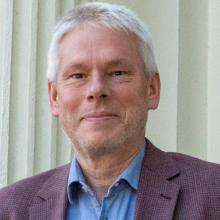 Ian Griffin. Photo: Otago Museum
That was the situation on March 17, 2015. With turbulent geomagnetic forces creating the prospect of the strongest aurora in years, it was with massive excitement that I set off to chase the southern lights on a warm autumn night.

I was not disappointed.

I eventually found clear sky near Brighton. Even before my eyes adjusted to the darkness, I could see that the southern horizon was ablaze with bright colourful auroral beams.

I set up my cameras, gasping in awe at the beautiful aurora to the south. Glancing upwards I noticed something weird going on overhead. The sky was red. ‘‘That’s not normal’’ I thought to myself. I attached a wide angle ‘‘fish-eye’’ lens and initiated a sequence of photographs with a second camera.

Unbeknown to me back in 2015, that series of images recorded something that had never been seen before. It led, last week, seven years after the event, to a publication in the august scientific journal Geophysical Research Letters with me as the second author.

The paper’s title, ‘‘Rainbow of the Night: First Direct Observation of a SAR arc evolving into STEVE’’ is a reference to the name given to the aurora by Kai Tahu: Nga Kahukura o Hine Nui te Po (Rainbow of the Goddess of the Night).

Although these two arcs may resemble aurora, they are not produced by the same physical process. It turns out that current theories and models are unable to reproduce or explain these observations.

The moral of this story is: be curious and keep looking up. You never know when you will find something new. 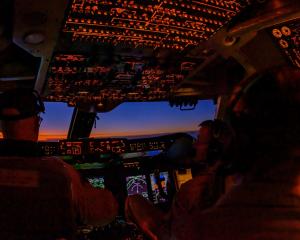 Breathtaking views in the clear air Ringing the changes around Saturn