Green power out of the blue 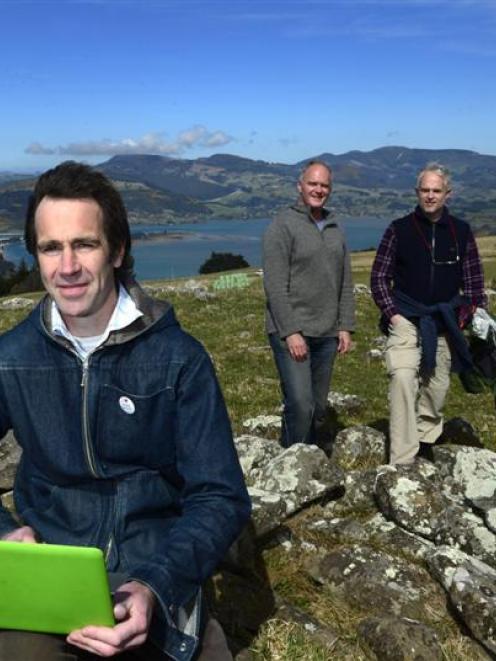 The next few months are likely to see exciting developments in a grand experiment which began with a flood six years ago, Scott Willis says, to nods from Chris Le Breton and Chris Freear.

The three men, their desks and computers are crammed into the former dental clinic at Waitati School, near Blueskin Bay, 20km north of Dunedin.

Once the site of sometimes-painful and much-needed dental restorations, it is fitting this is now the headquarters of a key element of a locally driven restoration of resilient and sustainable community - a proactive response to the potential painful effects of peak oil and climate change.

Although it has already given them a twinge.

"In a real way the Blueskin Resilient Communities Trust began with the big flood of 2006," Mr Willis said.

In April of that year the area was cut off by floodwaters.

Houses, infrastructure and crops were damaged, and residents realised they could not rely on authorities for help.

"It was a concrete manifestation of ... the climate change challenges we will be facing," he said.

Ensuing discussions about climate change, renewable energy and the future of the Blueskin area resulted in the formation of the trust in October, 2008.

The trust aims to build the energy, food, water and community resilience of the estimated 2750 people living in the coastal pockets - between Long Beach and Seacliff - centred on Blueskin Bay.

To that end Mr Willis has been heading up the trust's Blueskin Energy Project which is working to create the first community-initiated and developed wind energy project in New Zealand.

The next steps are further community consultations next month and setting up a 30m testing tower before Christmas.

If it is successful, the multimillion-dollar, partially community-funded cluster of about four medium-sized wind turbines could be generating electricity equivalent to the total energy demand of the Blueskin community.

That electricity would be sold, providing funding for other elements of the community's transition to a sustainable, low-carbon future.

"The aim is to have a thriving community with energy security based around several social enterprises which are valued by the community and contribute to it," Mr Willis said.

Working alongside him is fellow Waitati resident and University of Otago researcher Chris Freear.

"If we get this right, it could be just one of a number of community wind turbine clusters that appear throughout the region and the country," Mr Freear said.

His focus though is on energy efficiency. Specifically, how social networks can be used to help people not just know about, but implement, changes that will make their homes warmer and healthier.

He hopes the research, which is being trialled until the end of this month, will continue.

The other Chris, Chris Le Breton, also of Waitati, has been volunteering his time to foment discussion on the potential for solar hot water and electricity generation.

"We have fantastic solar potential in the southern hemisphere," he said.

Mr Le Breton sees potential for a buyers' syndicate to be formed to get solar panels at cheaper prices or for a social enterprise to be established which would rent people's roof space to generate electricity.

Decisions on which way to proceed should be made this summer, he said.

"It's about using human creativities to build not plasma TVs, but thriving human communities."

What the trust was doing with energy was not exceptional by global standards, Mr Willis said.

"Elsewhere in the world they are doing things with natural resources that don't have an environmental impact. But New Zealand hasn't really clicked on to that yet."