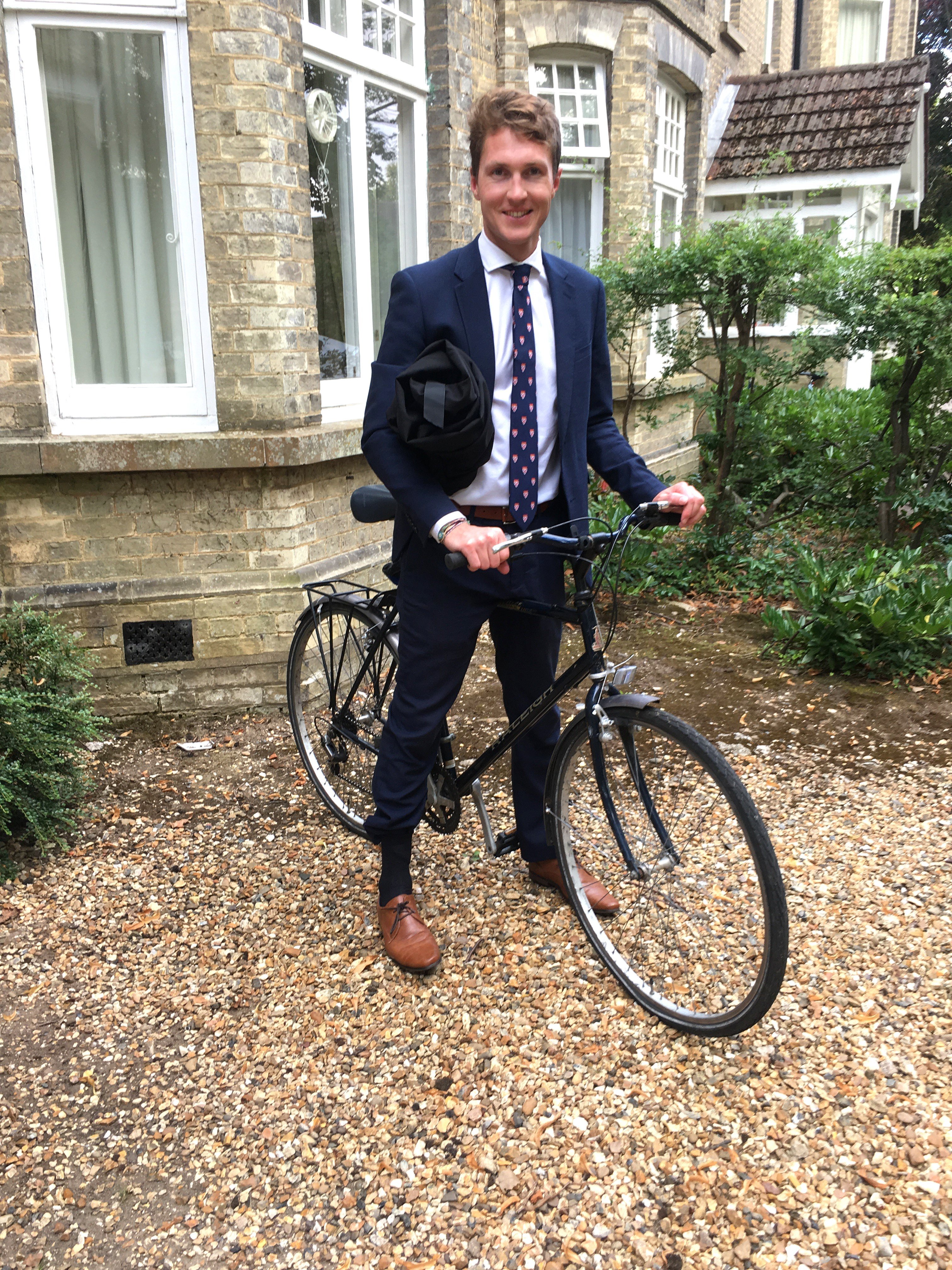 Oliver Hailes sets off from his home to a graduation dinner at Trinity College, Cambridge, after graduating with a master’s degree in law in July last year.PHOTO: SUPPLIED
The strangest thing about studying at Cambridge University is how quickly it ceases to be strange, Oliver Hailes says.

"When you get into your routine, the environment sort of becomes wallpaper.

"But every now and then, especially when I have visitors, I’m reminded of how fortunate I am to be there ... "

The 28-year-old recalls his parents asking if he was nervous when he left for the United Kingdom two years ago to study international law. Going to a new university didn’t worry him, he says.

"But I did say I was nervous there might be some globally disruptive event that meant I couldn’t get back. At the time, I was thinking about various geopolitical or ecological disruptions. I hadn’t turned my mind to a pandemic."

Now, he is back at his parents’ Dunedin home, having left the UK with his Kiwi partner in March as Prime Minister Boris Johnson responded to Covid-19 with talk of developing a herd immunity.

"It was a period of uncertainty where the British government was equivocating as to how it was going to handle the public health threat and the university had shut down, essentially.

"We arrived on the day the[New Zealand] Prime Minister announced the various levels of lockdown, which provided a much better framework of certainty."

A former pupil of Oamaru’s St Kevin’s College, Hailes has worked as a judicial clerk and as a solicitor in commercial litigation and is now retraining as an international lawyer, focusing on disputes between foreign investors and governments.

A paper he is writing looks at how government responses to public health events have historically been treated under international economic law.

Claims will emerge as a result of the Covid-19 pandemic, and that possibility will be informing how governments are responding to the crisis, he says.

Any disruptive event that calls for dynamic or novel regulation tends to create ‘winners and losers" and sometimes the losers seek compensation.

Hailes hopes to be back at Cambridge University when it reopens in early October. A Woolf Fisher Scholarship worth about $300,000 has enabled him to complete his master’s degree in law there and move on to doing his PhD.

The interruption caused by the pandemic has resulted in him working on his laptop in various locations, including the family crib at Kakanui, which has no wi-fi. But there have been many "silver linings" to his return.

"I’ve seen family, I’ve caught up with old school friends and been able to revisit parts of the country I didn’t think I’d see for a long time," he says.