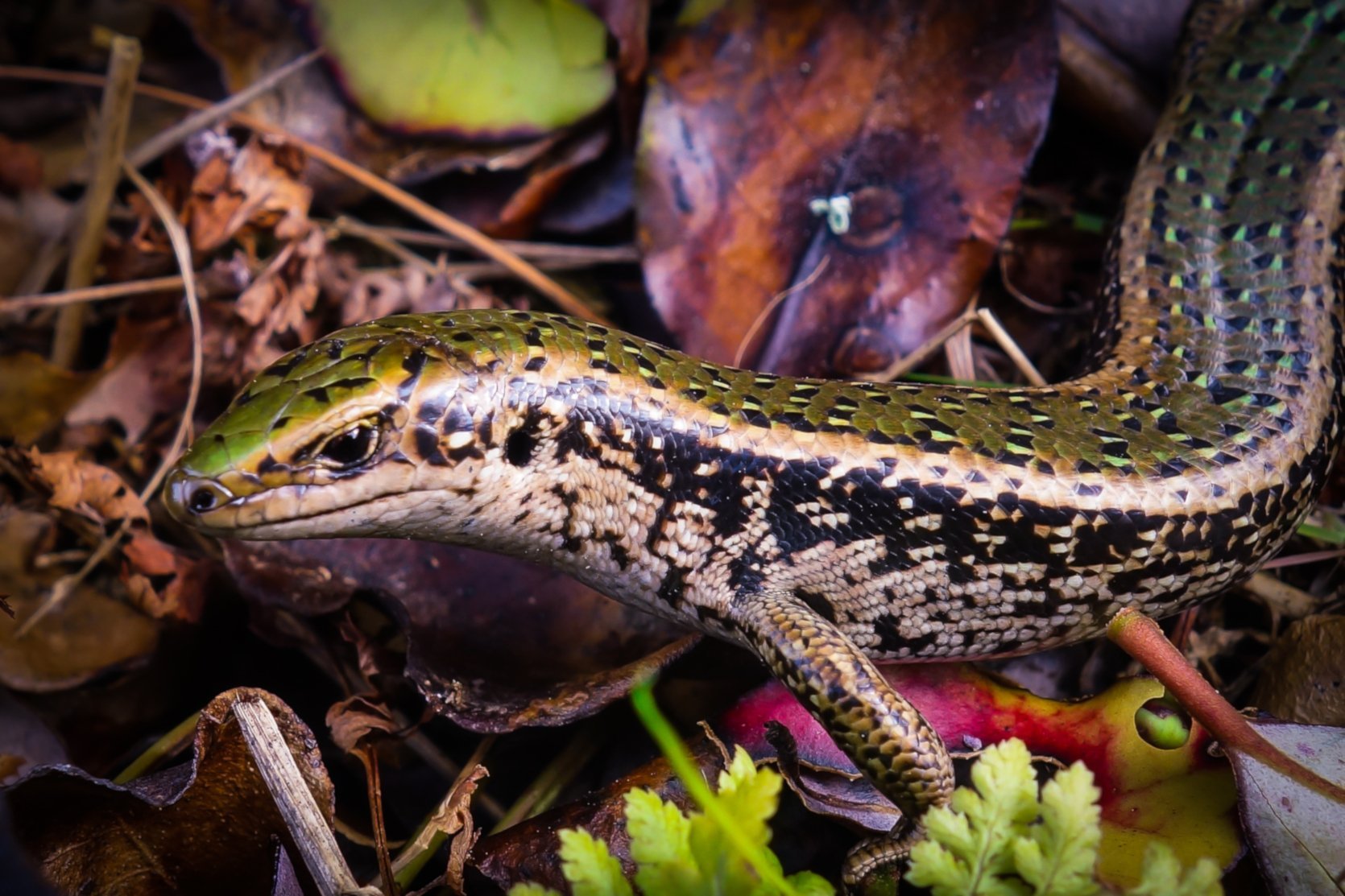 Green skink. Photo: Carey Knox
At Orokonui Ecosanctuary, Madison Kelly is encouraging people to create nature friendly backyards that will provide sanctuary to our many species of native lizards, which are just as threatened as our native bird species by loss of habitat and the introduction of predators.

Her art project (called "Basking") was part of the Dunedin Dream Brokerage’s "Off the Ground" initiative.

"Basking" celebrates our often overlooked lizards and acquaints us with lessons we can learn from the environment.

There are more than 120 species of endemic lizards, including geckos and skinks. These native mokomoko can be found in sand dunes, grasslands, forests and alpine zones. Even though the southern grass skink (Oligosoma polychroma, clade 5) is rare, it can be found in suburban gardens. 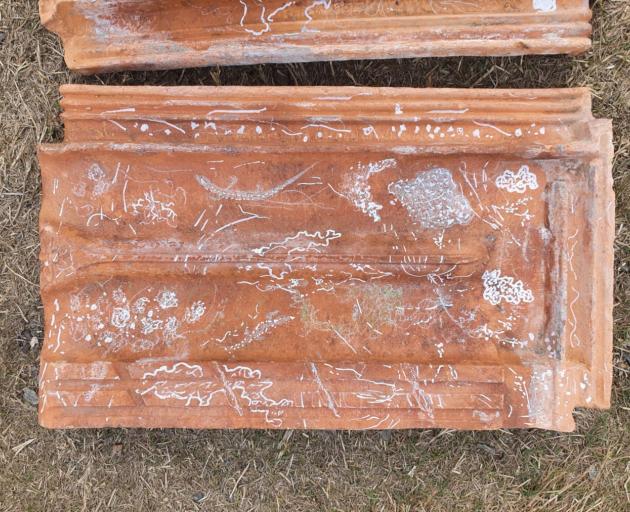 Anna-Marie Mirfin’s tile, destined to become lizard habitat. PHOTOS: MADISON KELLY
Kelly’s drawing workshop took us on a journey of observation and connection and showed us how to create a protective environment for lizards in our own gardens.

The drawing session began at the jewelled gecko enclosure, which has extra protection from poachers. On sheets of artist paper, we were guided to do blind drawings by drawing shapes and textures without looking at the sheet. 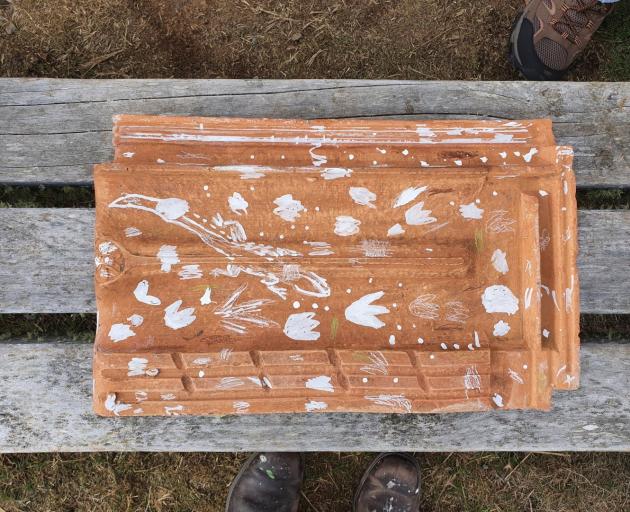 Mick and Fiona Watt’s tile.
Next, at the Otago skink enclosure, we were encouraged to represent the way the skinks move and present their energy with curvy lines and dots on the page. As we explored light and shadow with white pencil on black paper, Kelly explained how native lizards seek refuge in dark, inaccessible spaces and how, in te ao Maori, they relate to death as well as darkness and the underworld, and that seeing them may be warnings or symbols for caution.

Grass skink PHOTO: OROKONUI ARCHIVE
After becoming familiar with representing the Otago skinks and their lichen-encrusted rocky environment on paper, we were given terracotta roofing tiles to adorn with representations of our skink encounters, using pencil and inky pens. The tiles resembled rock drawings, which Kelly described as a connection with past traditions of messaging and travelling within the landscape.

Our decorated tiles are destined to be used in the community as places for lizards to shelter under or to bask on.

Traditionally, lizards were perceived as older siblings who held knowledge about the environment and Kelly believes we can learn much from them. Their presence may be an indication that the location is healthy, with healthy soil, abundant invertebrate life and the possibility of fruit. Their behaviour can also be an indicator of weather conditions. 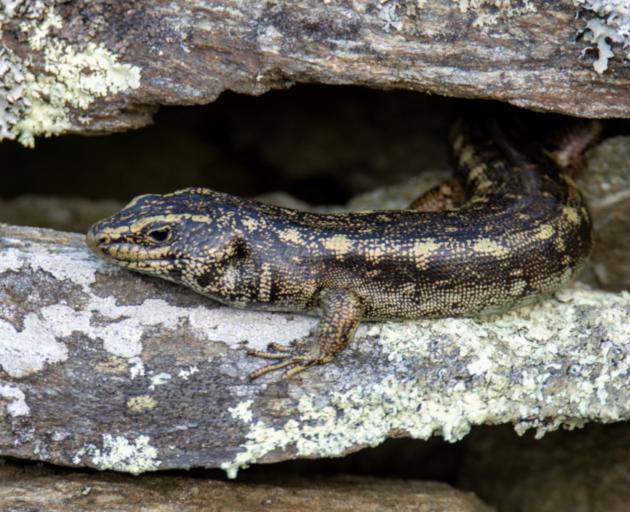 Otago Skink PHOTO: OROKONUI ARCHIVE
The intention of the art project is to create awareness of the need to provide sanctuary for the vulnerable lizard population beyond Orokonui.

There are many ways skink habitats can be cultivated in domestic gardens, such as providing refuge rocks and tangly shrubs such as small-leafed divaricating coprosmas and muehlenbeckia that lizards can shelter in.

These plants also provide berries for them to enjoy and, in return, the skinks are known to pollinate the flowers and disperse their seeds.