Ten years ago, Otago’s school leavers were looking forward to a bright future. Kim Dungey asks those who received Otago Daily Times Class Act awards in 2010 how they are dealing with the Covid curve ball. 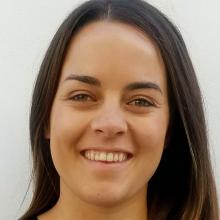 Breiana Bennetts
Some have had to cancel overseas travel, some already out of the country are missing family but Breiana Bennetts sums it up in a sentence: "Covid-19 has changed every single one of my 2020 plans."

The former Roxburgh woman is one of 56 people who received Class Act awards for excellence in high school in 2010. A decade on, she works in event management.

Bennetts had freelance work lined up throughout Europe and the UK when "festival after festival" began being cancelled. With them, went all her work and income for the season.

Like most of the world’s population, the 28-year-old has had to adapt quickly. The company she works for is now touring a drive-in cinema around the UK instead of putting on festivals.

Other Class Act recipients in the fitness, travel and entertainment industries have also been hit financially by the pandemic.

In London, where concert halls have closed and large gatherings been banned, freelance musician Annabel Drummond has been unable to work for six months. 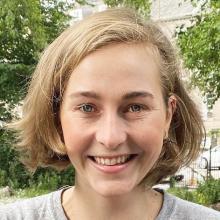 Zoe Paterson
Zoe Paterson, a freelance graphic designer, had been in the UK only five months when she lost all her jobs and travel — one of the main reasons she had gone overseas — was restricted.

Scholar Oliver Hailes returned home from the UK "to avoid the pathologies of a disunited kingdom".

Most, though, are grateful that the impact on their lives has been minor compared with what many people have had to deal with.

Paterson has found more work and is grateful to have been able to explore Scotland. Julia Flett, who has been locked down in Victoria, Australia, had planned to travel but is considering doing additional study instead. Singer Sophie Morris had six months of touring planned in New Zealand, Australia and Asia but instead performed from her living room during lockdown, the livestream raising money for charity.

Several enjoyed flexible working arrangements, more time with family and the chance to re-evaluate priorities. Hammer thrower Nicole Bradley was experiencing shoulder pain and had not succeeded in qualifying for the Olympics; lockdown gave her the time she needed to seek medical help and to have a break mentally and physically.

Nominated by their high schools for everything from their academic success to their sporting and cultural achievements, the 2010 recipients are now aged in their mid to late 20s. They include a crown prosecutor, a Google software engineer, a pharmacist who teaches interns around the country and a manufacturer of lithium battery systems. 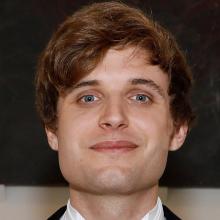 Thomas Sherson
Jasmine Knowles received the dux award for the veterinary science programme at Massey University, while Annabel Drummond is on trial with the BBC Orchestra and the Philharmonia Orchestra in London. Nat Christensen, a senior policy adviser at the Ministry of Business, Innovation and Employment, has been advising ministers about the impact of Covid-19 on the labour market, skills and employment.

Thom Sherson designs software tools for musicians and studio engineers — the sort of job he says he would not even have dreamed of a decade ago. Hailes was awarded a $300,000 Woolf Fisher Scholarship to study at the University of Cambridge, while Andrew Pauling received a Fullbright New Zealand Science and Innovation Award to study atmospheric sciences at the University of Washington.

As they look ahead to next month’s election, it is the party vote that the majority of the group are most interested in. Only seven of the 51 respondents rate the cannabis or end-of-life referendums more important.

Jessie Wilson spoke for several when she said the question of who would lead the next government had taken on new importance following the Covid-19 pandemic. 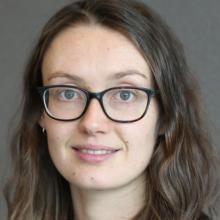 Alicia Rosevear
Alicia Rosevear says the referendums are a "once-in-a-generation shot at reform" and New Zealanders are lucky they are being put to the public directly, rather than being conscience votes for MPs. Andrew Benington supports "bold changes that make sense" and is in favour of both proposals. However, Rachel Hawkins has concerns about the implications of allowing people with depression, as well as a terminal illness, to ask for assisted dying.

Asked about their biggest achievements in the past 10 years, the group talked of academic and sporting successes, marrying and buying their first homes, travelling and experiencing different cultures. Many have lived overseas but only about a quarter remain out of the country.

Angus Knox left a career he enjoyed to pursue his love of flying, graduating as a pilot in the RNZAF, and Benington released an album, something he never thought he would do.

Bennetts feels it is important to live a well-rounded life and is grateful she has been able to "make that work".

Finn Butler completed a master of arts last year but says his biggest achievement is something "less specific".

"I have a much stronger sense of what it is that I find valuable, and a more coherent attitude towards those things," he says. "My days are filled with a lot more of what matters than they used to be ..."