Standing out from the pack

The best and worst of packaging has been identified. Now it is time to vote, reports Tom McKinlay.

Meat trays with fruit and vegetables are back on Wanaka Wastebusters' short list of the worst examples of packaging.

The Wanaka sustainability hub's annual Unpackit Awards, running for the third year, have again identified the best and worst in packaging, as nominated by members of the public. The awards aim to shine a light on packaging, in an effort to reduce waste and promote opportunities for reuse and recycling.

The short lists have been assembled, so now it is time to vote before a winner is decided in each category.

As well as plastic-wrapped, meat-tray mounted vegetables - which were named worst packaging last year - the 2013 worst-list features over-zealous and difficult to recycle packaging from computer hardware and detergent, among other things.

Missing from the list is Anchor milk's new light-proof bottle, despite it attracting by far the most votes in the worst packaging section.

Unpackit spokeswoman Sue Coutts said the Fonterra-brand bottle caused a furore when it went on to the shelves in April and went on to receive 161 nominations for the worst packaging award out of a total of 287.

However, it didn't make the short list because it is recyclable, clearly labelled and similar in weight to the bottle it replaced, Ms Coutts said.

Nevertheless, the bottle has frustrated those in the recycling industry, who only find out about changes to packaging when it hits the shelves.''

Long-term contracts and tight margins mean changes to packaging can have a dramatic effect on bottom lines,'' Ms Coutts said.''

Recyclers are a critical link in the chain. Companies depend on them to deliver on the promises they make to their customers about recyclability, yet they don't involve them at the product development stage.''

It was a shame a major company such as Fonterra was not competing for the top prize in the best packaging list, she said. The packaging that did make the best list did so for two main reasons. It was recyclable or reuseable and had been kept to a minimum.

Among the finalists is the classic Chelsea sugar bag, in which the ratio of product to packaging is high and there is no waste. In all, there were 137 nominations for good packaging.

Last year more than 10,000 votes were cast at the Unpackit website for the best and worst examples. Voting is open from today. 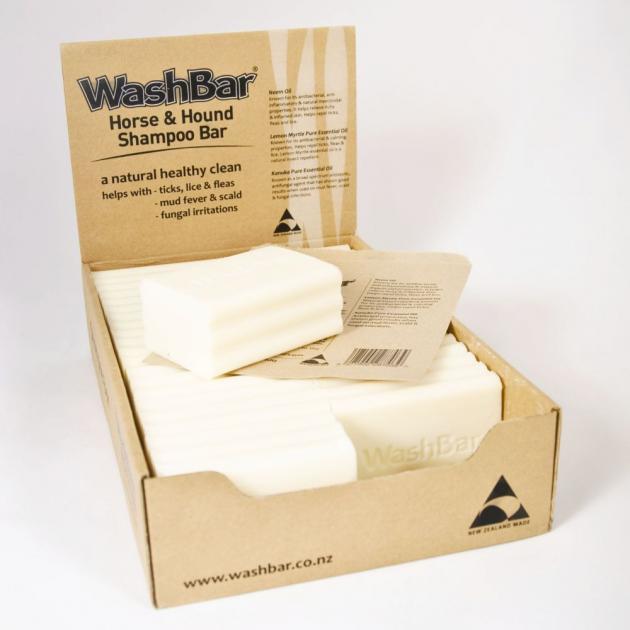 Horse and Hound WashBar
100% cardboard display box. Naked soap bars can go into a New Zealand-made brown paper bag printed with ingredients and pet-washing tips. All clearly labelled with recycling instructions. They have thought through the whole process for the retailer and the customer with no plastic in sight. 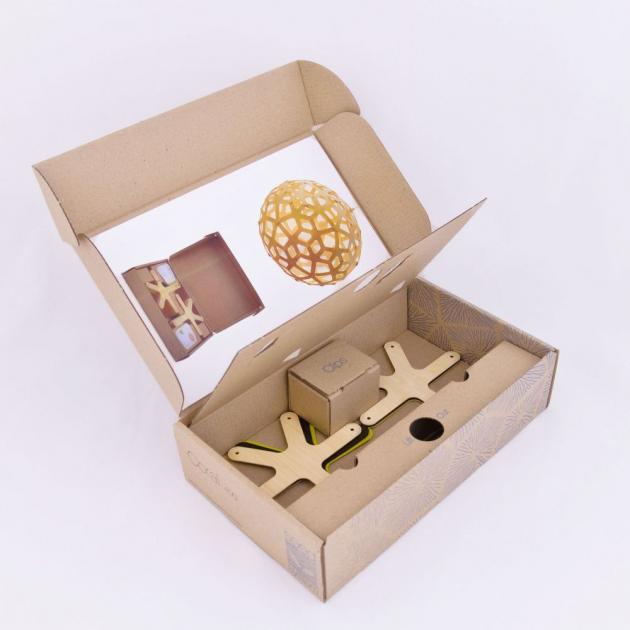 David Trubridge light
Every packaging component is made of 100% recycled cardboard. Their seed-system light shades are designed as kitsets to minimise weight and volume, saving carbon and cost in transit. Clearly labelled so you won't be left in the dark. No hidden waste here. 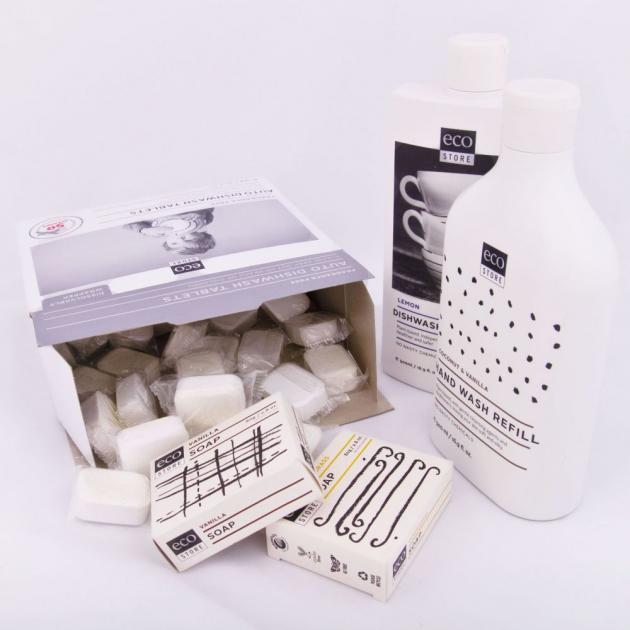 Eco-Store cleaners
Packaging range is recyclable, contains recycled content and is clearly labelled. You can get refills and bulk sizes from the supermarket and refill your own containers from bulk stores. They adapt their packaging, using water-based glues, recyclable labels and metal-free triggers on sprays. 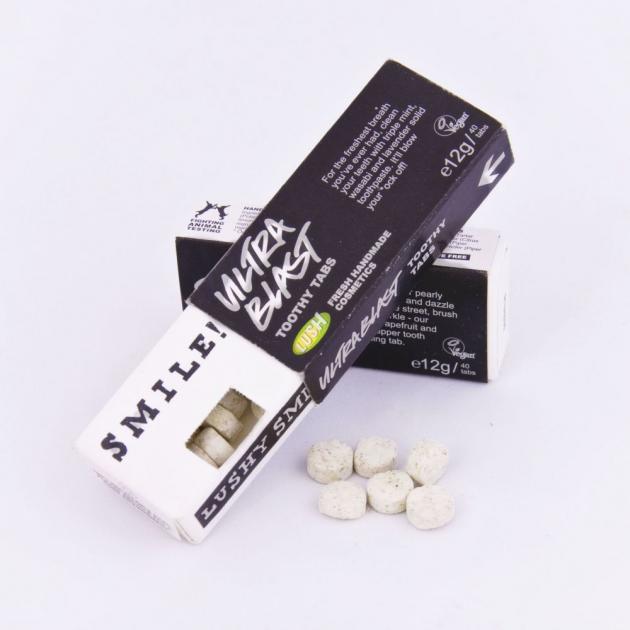 Lush Toothy tabs
Does away with the need for a tube altogether. This innovative approach changes the way you brush, cutting packaging down to the bare essential - a tiny recyclable cardboard box. The average person uses 276 tubes of toothpaste in their lifetime! Each pack contains 40 little toothy tabs, enough for three weeks. Great labelling. Great packaging. 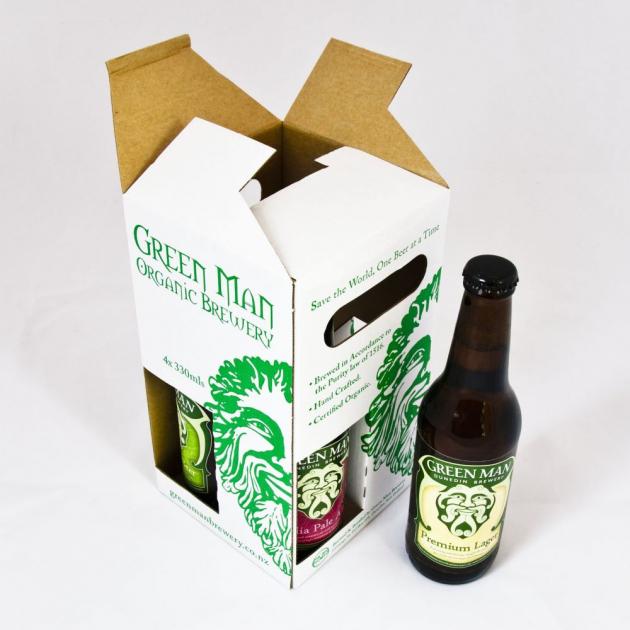 Green Man beer
Beer in a reusable bottle. Drink the beer and send the bottle and the cardboard carry-case back to be washed, refilled and sent out for another round. Green Man Brewery works with Smart Bottles Ltd to run their bottle-retrieval system. The brewery uses a water-based soluble glue on all labels to make bottle reuse easy. Reused bottles are used by micro-breweries and home brewers as far north as Nelson. 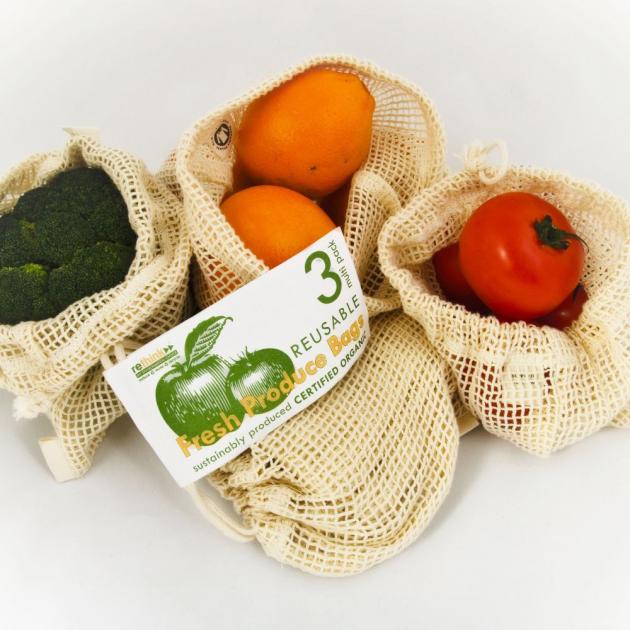 Re-think reusable bags
The produce bag you can use again and again. 100% biodegradable and certified organic. Many North Island supermarkets already tare the weight of the bags so you can use them without adding their weight to your fruit and vege purchases. Great alternative to disposable plastic produce bags. 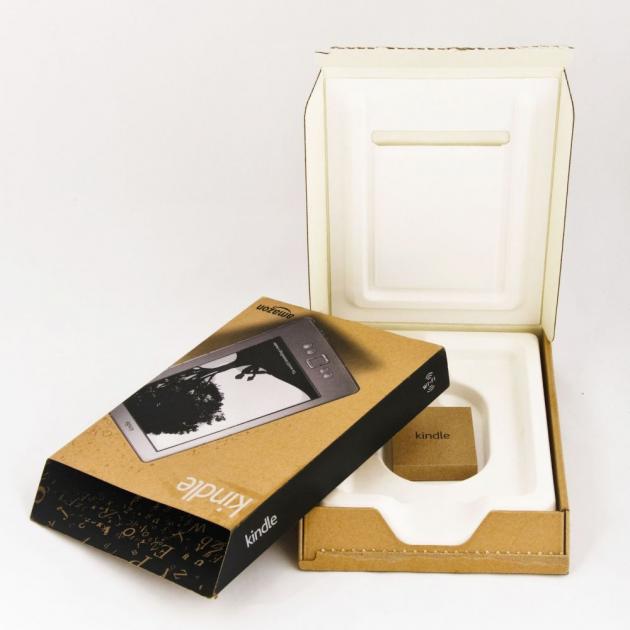 Amazon Kindle
Frustration-free packaging. A rip tab replaces the need for glue, tape or stickers. Labels are printed straight on to the box. This stylish well-designed package slots back together in case you want to store your Kindle indefinitely. Otherwise the whole package just goes straight into your recycling. A textbook example of how to protect a fragile item in recyclable packaging. 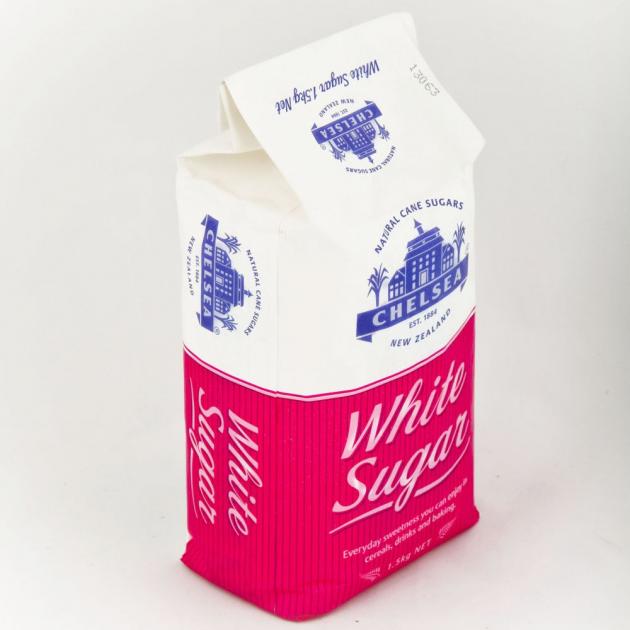 Chelsea White Sugar
Sugar in a simple, recyclable paper bag. There is a good reason why this trusty bag has been around longer than your Nanna! The ratio of product to packaging is high and there is no waste. No plastic, no gimmicks, no fuss! A timeless classic. 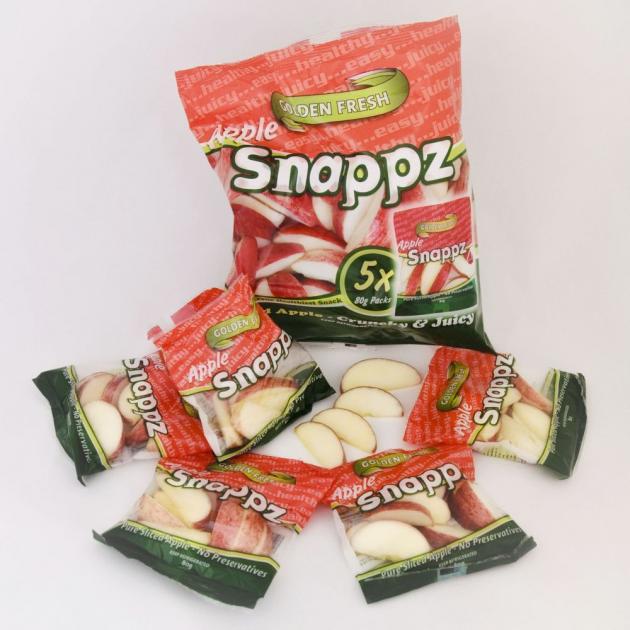 Snappz pre-sliced apples
Multipack mayhem! Pre-sliced fresh apples packed into individual serve plastic bags, five serves inside a big bag. This heavily bagged snack contains about three apples in total. They have been specially sliced and bagged ''for your convenience'' which seems ridiculous when you are left with six non-recyclable plastic bags to landfill at the end of it all. That's two bags per apple! 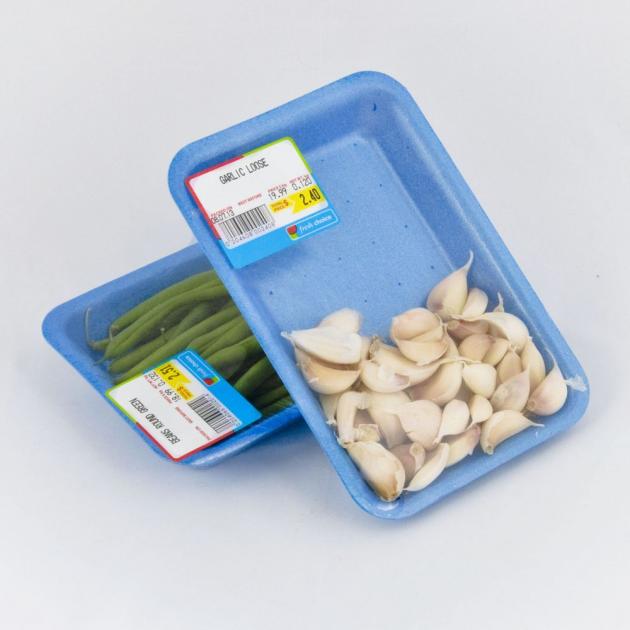 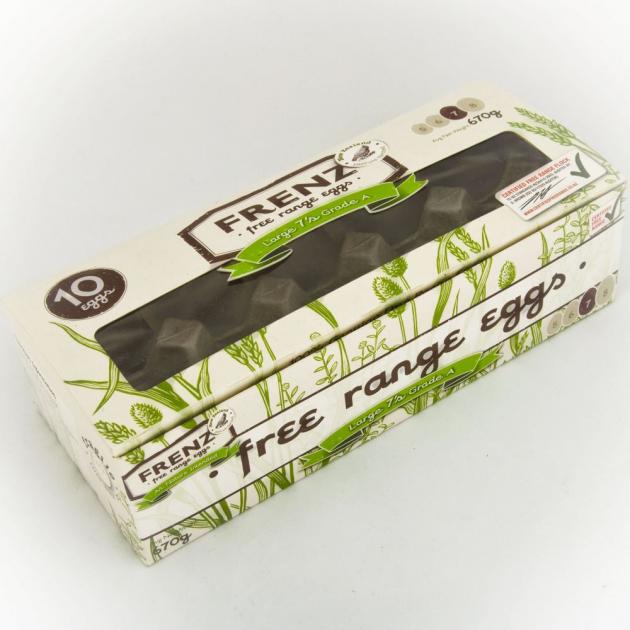 Frenz egg carton
Cardboard box with a cellophane viewing window glued into the top. The old school, single-material cardboard egg box did the job so well it's a shame these guys have shifted to a mixed material container. These lovely free-range eggs have been let down by a backward step with the packaging. 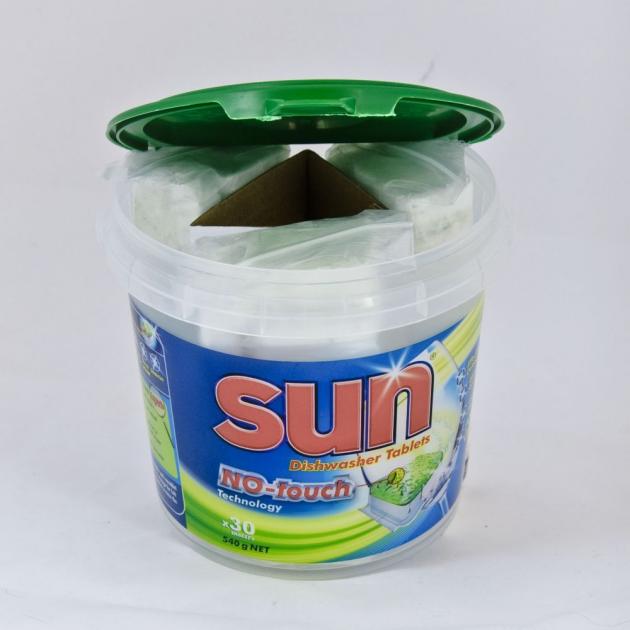 Sun dishwasher tablets
Three towers of dishwasher tablets, each tower in a sealed bag, carefully separated by a cardboard tube, all inside a plastic tub (that we found very hard to get open). The ''square peg in a round hole'' approach means a lot of space wasted on the truck and on the shelf. Reusable pottle but how many peg buckets does one family really need? 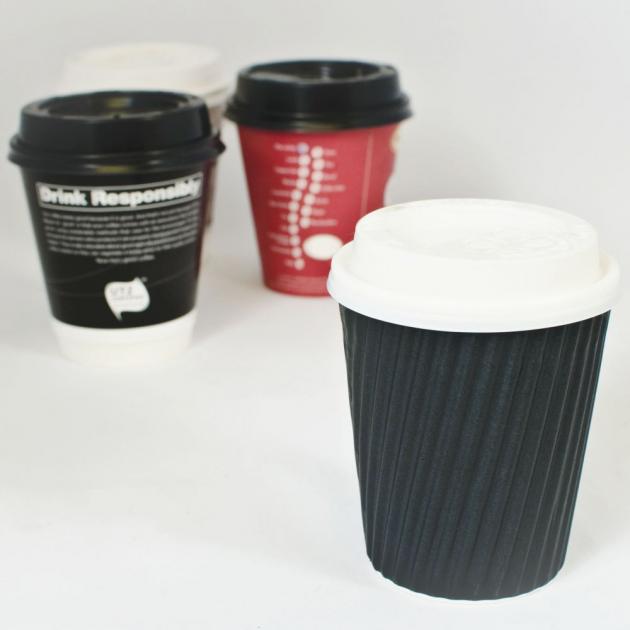 Disposable coffee cups
Single-use disposable coffee cups with plastic lids. If these do make it into the recycling they probably end up as a contaminant in the mixed-paper stream. After a couple of minutes service most go straight into the rubbish. New Zealand caffeine-lovers use about 180 million disposable cups every year. We could build two Sky towers or fill about four Olympic-sized swimming pools with all that unnecessary waste. 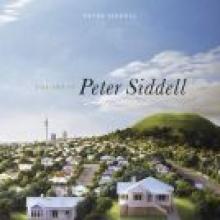 THE ART OF PETER SIDDELL,<br><b> Peter Siddell</b>,<br> <i>Godwit, $75, hbk</i>
Dell computer monitor
The Russian doll approach to packaging! Every component wrapped in plastic, encased in polystyrene, even the packaging came in its own packaging and all of this inside a box. Beautifully labelled but only the box is recyclable in most places in New Zealand. A lot of unnecessary waste, which is super- frustrating when you think you can pack fragile electronics in moulded card that is 100% recyclable. 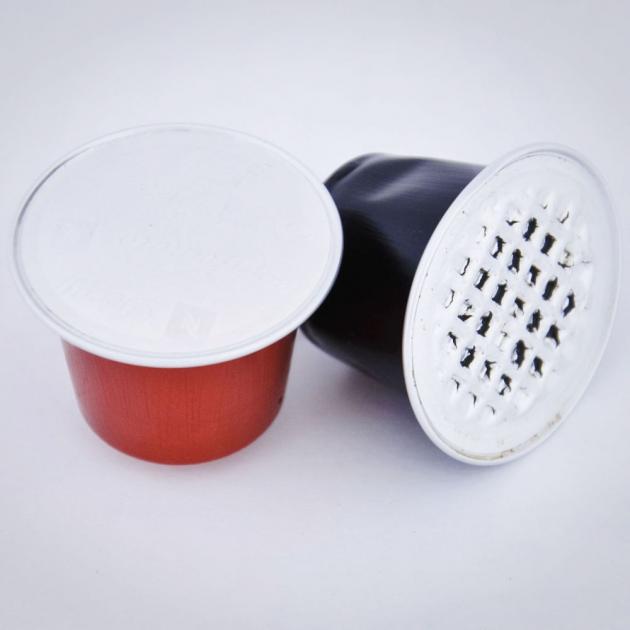 Nespresso coffee capsules
Single-serve, hermetically sealed coffee capsules. In theory the high-grade aluminium could be recycled but you would have to send the capsules (full of used coffee) to Auckland at your own cost. You might get away with popping them in your kerbside bin if you cleaned the coffee grounds out first. The Nespresso users we talked to all admitted to just throwing them out. 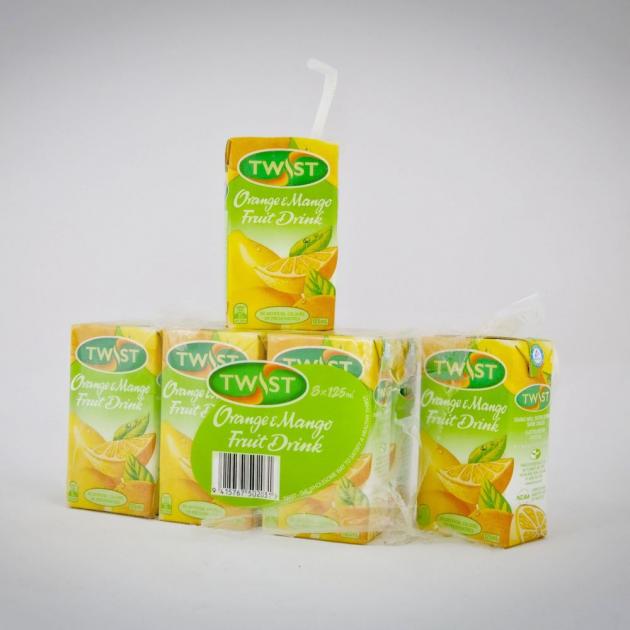 Twist multipack juices
Eight tiny tetrapak cartons of juice, each with an individually wrapped straw, the whole thing wrapped in unlabelled plastic. There are better ways to get a litre of juice. Almost all these tiny terrors will end up in the rubbish. Most kerbside collections don't accept tetrapak. The ones that do take the: ''we won't reject tetrapak cartons that show up but we're definitely not actively encouraging you to recycle them'' approach.

Cast your vote
Votes for best and worst packaging can be cast at www.unpackit.org.nz from today.