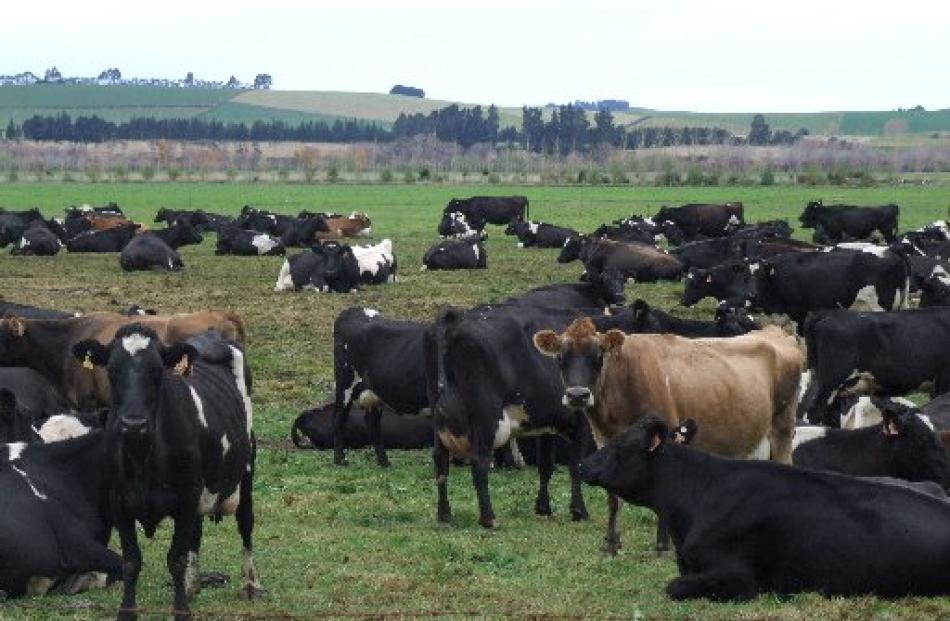 Dairy cows in a paddock in the Kakanui River catchment. 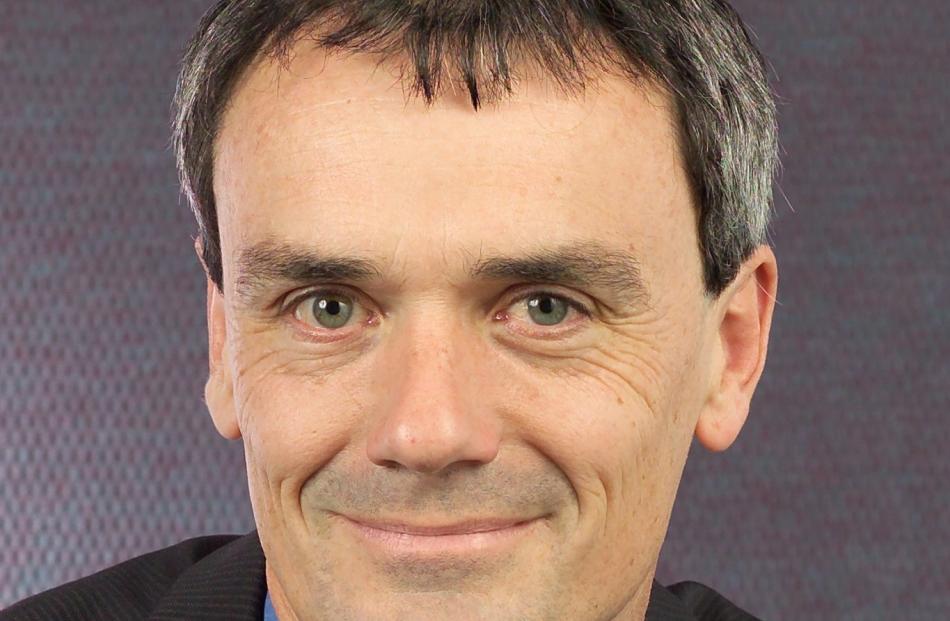 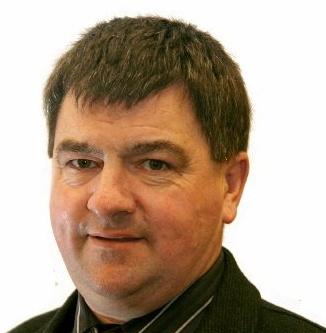 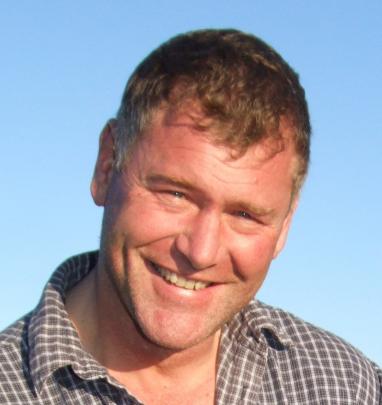 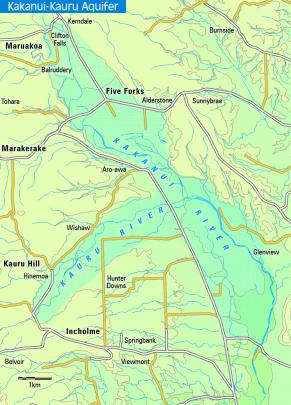 A council map of the Kakanui-Kauru aquifer, although the council has since said the "North Otago aquifers" are not correctly shown in the plan change and the map is likely to be altered. 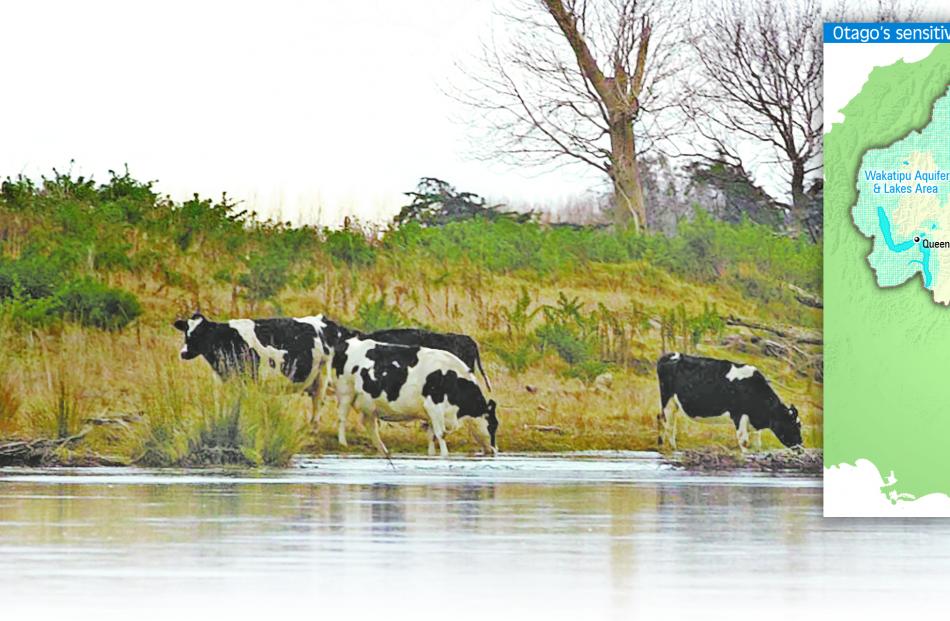 This map from the Otago Regional Council website shows the zones where the 10kg nitrogen per hectare per year limit was imposed by its plan change 6A. The council says the North Otago areas shown are not accurate so will be altered in new maps.

But in some parts of Otago there is a fear the rule changes are so restrictive farmers will be put out of business.

The Otago Regional Council has drawn a line in the cow muck.

Thirty kilograms of nitrogen per hectare of land per year, on average, going into groundwater.

That, it says, is the limit.... except in "more sensitive areas", where the limit is 10kg per hectare per year.

These two numbers might be largely meaningless to most of us but to farmers - dairy, sheep, deer, horticulture - they signal a major change to their farming environment.

The new rules effectively dictate how much fertiliser a farmer can apply, how many animals can be run per hectare and how much cow muck can be sprayed on to pasture.

The intention is to limit the amount of nitrogen and phosphorus leaching into underground aquifers so the water there remains clean enough to drink.

These 10kg and 30kg limits are not mere targets or suggestions or guidelines - they are regulations contained in plan change 6A, enshrined as Regional Plan: Water for Otago, section 12.C.1.3.

They came into force on March 31.

And while the council has signalled they will not be enforced for seven years - the bottom line is that the clock is ticking for farmers who currently exceed the limits.

No-one seems clear about how many will be in trouble over the new rules but a regional council survey of 163 of Otago's 300 dairy farms found one-third of farms do not currently meet the new limits.

The question is: How many of those can change their farming methods sufficiently to stay in business?

The biggest impact will be in the areas of the 10kg limit [see map].

"In the sensitive areas, which include all the headwaters around the lakes, [farms] can only lose 10kg of nitrogen per hectare per year.

Those 10kg areas include land on top of the Kakanui-Kauru aquifer, Shag alluvium aquifer, Taieri aquifer recharge zone, Ettrick and Roxburgh aquifers and the aquifers around Lakes Wakatipu, Wanaka and Hawea.

These are all "enclosed" aquifers refreshed mostly by rainfall.

Threlfall describes the 10kg limit as "very tight" and notes less than 5% of farms are within it now.

But he defends the need for the limit.

"We recognise those catchments are pristine now and theoretically they could be very sensitive.

"What we are trying to do is prevent a Taupo, if you like, from ever happening in Otago."

Lake Taupo has suffered increased algal growth over the past 30 years as a result of a nitrogen build-up.

Threlfall says the Otago limits were set to ensure groundwater would continue to be protected "even if the entire catchment turned to intensive farming.

"So yes, you can intensify. You can come to Otago and you can do dairying.

"But you have got to put state-of-the art stuff in there to protect the environment, and these are the rules you need to comply with.

"So we are doing a clean-up of the worst areas and also trying to maintain the good quality water where we have it."

There is a story being circulated by dairy farmers that one of their number in the Kakanui-Kauru area will be forced to reduce his herd from 2000 cows to 500 to comply with the new rules.

"That guy does exist."

Strowger says the farmer - one of perhaps 30 or 40 dairy farmers in that area - will not be able to meet the new rule.

"It means dropping their stocking rate probably in half and then it's not economic to run that as a farm."

He says to describe farmers as "concerned" would be an understatement.

"It's going to majorly affect their farm and how they farm.

Some of those farms will be uneconomic."

Already, says Strowger, the rules are impacting on the capital value of farms in the valley and land there that might have been considered for dairying in future.

"Would you buy it? The capital value of that valley now has been substantially reduced under these rules, I would say."

The ODT asked to be put in touch with one of the worst-affected farmers.

However, after phoning around, Strowger said farmers did not want to speak publicly at this stage, because they were still waiting to present their submissions to the council.

As required by the Government, the council's plan change 6A became law when it was "notified" on March 31 - before the council had even begun to consider 330 public submissions.

Otago district councils and the Dunedin City Council are among those objecting to aspects of the plan change.

Submissions are due to be heard in the spring.

No-one will be surprised if the matter ends up in the Environment Court.

What is at stake, to some extent, is New Zealand's traditional way of producing milk.

Threlfall says farmers, whether they are governed by the 30kg rule or the 10kg rule, will have to look closely at how they operate their farms.

Some might meet the new rules with "some slightly different application of fertiliser, some different regime of stocking or not winter feeding so much".

Others might need to look at herd sheds, where cows are kept inside through the winter, or "cut and carry", where grass and crops are harvested from paddocks where cows would have previously have grazed.

He says the Otago council is not dictating to farmers how they farm the land and how they manage what is known as "diffuse effluent" - the effluent that seeps down, below the root zone into groundwater - as long as they meet the rules.

"The basic premise of our water plan is we really don't care what a farmer does on his property as long as he does not impact on the adjacent environment - the watercourse.

"So instead of, like lots of other regions which are putting in consents restricting the number of cows, restricting the distance between a river and a fence and that sort of idea, we're saying we're not getting involved with all that.

"We're saying that you can do really what you like as long as you don't impact on the water."

Otago Federated Farmers past president Mike Lord questions whether farmers can afford to make the changes required by the new rules.

"You could put sheds up, you could cart waste out - you could do a whole lot of things.

"But does that not get away a wee bit from the fact that we have been the lowest cost dairy producer in the world?

"And we need to be, because we export all our product."

He believes the worst-affected farmers will be those on "stony, gravel soils" and those using border-dyke irrigation to flood their paddocks.

"To suddenly tell those people you have to comply with 30 [kg] if you are running on 80 [kg] is quite unrealistic.

"It could cost up to $50 million to change that system.

"I think we need to have a discussion about what's achievable.

He believes the council should concentrate on farmers who break the council's "prohibited activity rules".

"When you are washing down your shed at the end of the milking, you can not dispose of that on waterlogged soils.

"Now some guys are still doing that, so those guys need to clean up their act."

Threlfall says the list of prohibited activity rules has been tightened up as well and he agrees this is where the council will get the biggest "bang for its bucks" in terms of improving water quality.

The changes mean, for instance, when the council prosecutes it will no longer have to prove cows found drinking in a stream are causing damage. The fact they are in the stream is now an offence.

And even allowing sediment from a ploughed paddock to run into a waterway when it rains can be an offence now.

"You must be putting in some mitigation if you are going to plough to make sure if there's any run-off it goes through some form of treatment - straw bales or something.

"Taking your chances and blaming the fact that it rains isn't good enough any more."

The accord's goal was to achieve "clean, healthy water" everywhere.

It laid out principles and targets, apportioned responsibility and talked of a "partnership approach".

It was widely seen as an attempt to solve the dairy effluent problem without regulation.

Threlfall considers it was "a good start" but it was also "quite limited" in the way it protected water quality. It did not, for instance, include sheep farms.

And, he says, the accord had "no real teeth.

"It was only a voluntary thing.

"So with the new plan change it's going to be more firmed up, with set regulation.

"... 6A is our version of what we think needs to be done in a regulatory sort of way."

NITROGEN
A little bit of nitrogen is essential for plant and animal growth but too much getting into waterways leads to algal blooms.
These blooms deplete the oxygen level in the water, affecting aquatic plants and animals.