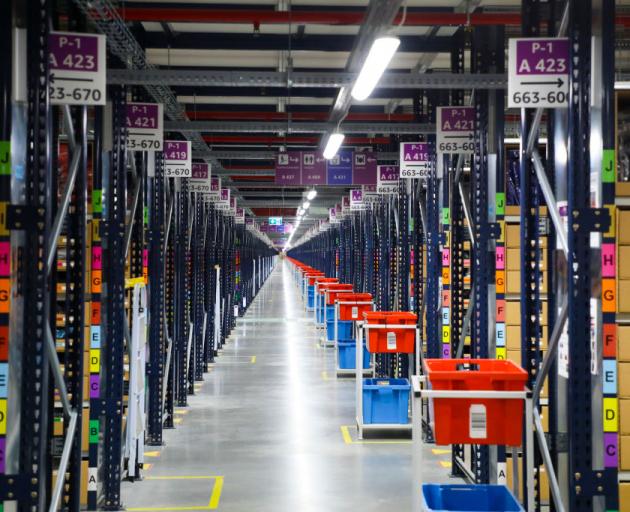 Photo: Getty Images
This week the postie brought me a yellow-beige book-shaped packet. And I was excited, because surely, surely it was my long-awaited copy of The Tree and the Vine, writes Liz Breslin.

So I did that thing my mum does and I always roll my eyes at but turns out I do too: I put the packet on the table and had a Nice Cup of Tea and waited. I rehearsed the opening of the package and the opening of the book in my mind like one of those kids in those studies where they say you can have more chocolate cake if you wait for it. I thought about more tea and that feeling of opening the first page of a new book. I waited for it.

When I was done waiting, I opened the envelope and pulled out The Cornbread Mafia: a Homegrown Syndicate’s Code of Silence and the Biggest Marijuana Bust in American History. I was not expecting that. I was also not expecting a side order of unidentified spider but thanks to lightning reactions born of tea-induced calm, I trapped said spider under a handy jam jar and turned my attention to the book.

Opening the cover felt a little bit like snooping in someone else’s mail, so I put it back into the envelope, checking first for spider friends, and thought about what to do next.

I could cry. Catharsis. I could Get Angry and Shout because this is Someone Else’s Fault. But that sounded like a lot of effort. And who to get angry at? A badly paid warehouse worker in the land of Covid-19 and Trump? And why? What would that fix? Also, it is kind of funny to consider that if this was a simple label-swap error, then someone who wanted to read about "the clash between federal and local law enforcement and a band of Kentucky farmers with moonshine and pride in their bloodlines" (with IRL photographs) with their well-earned cup of tea will instead get "the story of two women torn between desire and taboo in the years leading up to the Nazi occupation of Amsterdam" (without photos as far as I know, because, fiction, but also not sure because I don’t have the book, but the cover is striking, if I were going to go there and judge a book by it).

Maybe it’s a conspiracy. Maybe the badly paid warehouse worker is actually part of The Woke State and using every possible means to corrupt and dismantle society while maintaining the facade that this is about books. Maybe The Cornbread Mafia is the decoy and the spider is the thing and They were planning on the spider escaping and causing the right kind of mayhem. If that’s the case, I’ve outsmarted them all. Or have I?

It’s probably a Ground Grey Something Spider says my iNaturalist app, but I’m not sure I should put all my faith in an app for this kind of thing. Sometimes it’s important to listen to The Experts Who Know The Facts.

I call the local Doc office and they put me on to Maf and we have a chat about the size of the spider, which is hard because the jar is like a magnifying lens and also because I’ve been taught to doubt everything I know and also I am distracted. Because maybe instead of Dry July or being Plastic Free, we could have Spend July Reading The Kind of Book You Don’t Usually Read.

I email the Book People with a photo of the cover. The spider is in shot. They don’t ask about the spider. They do ask for the ISBN and the barcode. I take The Cornbread Mafia back out of its yellow-beige home and screenshot the back, surreptitiously smelling the spine on the way. It smells like... book.

An ordinary word in your ear