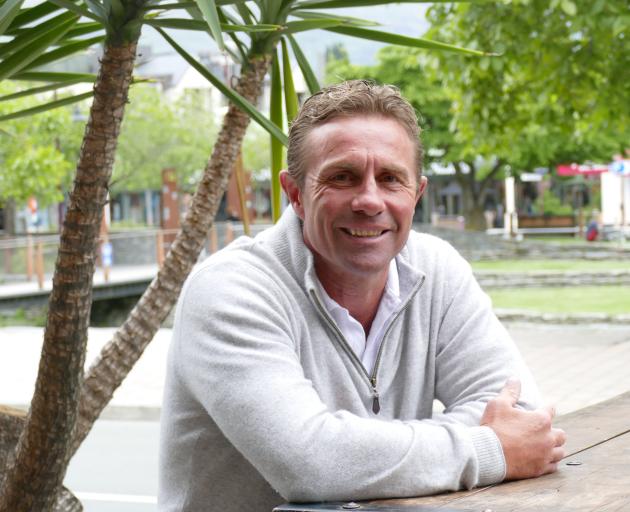 PHOTO: TRACEY ROXBURGH
Have you ever...

... stretched the truth on your CV?

Yes ... because the classroom was not a strength, I just put down on my CV that I captained everything at school — rugby, cricket, water polo, drama, chess team, debating team. Oh, and that I was also head boy and a drummer in the school band.

... snuck in without paying?

Yes. I lost my ticket for the Melbourne Tennis Open and was not about to pay again. I went around a temporary fence and got past security — only issue was I had no seat number, so spent the entire game shifting seats with plenty of unfriendly glares directed at me.

... sold an unwanted Christmas gift on Trade Me?

If you go on to my Trade Me account, you will see under items sold about 50 pairs of socks which seem to be a Christmas/birthday go-to for me. Why, I haven’t a clue ...

First time I came to Queenstown from Mataura. I was 17 and got caught coming out of a liquor store with my mate’s ID and with 10 dozen beer for our Christmas beers at a camp ground. Policeman asked me my name and birthday, to which I replied ‘‘Vaughan Murphy’’ and proceeded to get the birthdate wrong. Beer confiscated and I got arrested! I have always thought it must have been a decent piss-up for the cops that Christmas, ha ha.

... slipped an extra hundy from the bank during a game of Monopoly when no-one was looking?

Again not being a major scholar I always give myself more and blame poor maths if I get caught. I always try to grab two lots of $200 for passing Go when possible.

When I met my former French opponent No9 at the last RWC I went to kiss him cheek-to-cheek — as the French custom is — and we got it big-time wrong [and] I landed one on his lips.

... ate the last slice of cake and blamed someone else?

I used to eat the last of my mum’s amazing fudge cake and then I would go put some crumbs on the floor in my brother’s bedroom — you know what happened next, ha ha.

... conveniently forgotten to pay back that loan?

No, but I still have this panging guilt. I bought a very good cricket bat off my mate when I was 16 for a crate of beers. I was broke and delayed and made excuses and eventually never paid. Not even when I started playing professional rugby did I pay that crate — how tight is that!

... left just before your round?

Only when that round is tequila as, not only does it sting the wallet, it turns the evening sideways big time!

Before the days of cellphones, on our first two dates I stood my wife up twice by being late and in the wrong tube station.