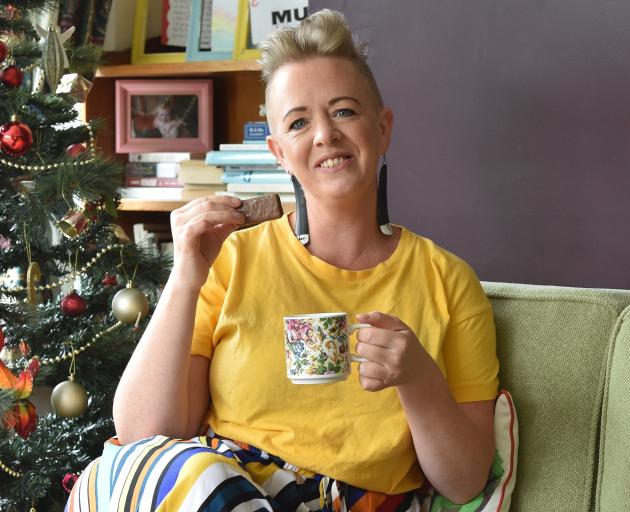 ... conveniently forgot to pay back that loan?

I definitely stole money from one of my best friends at school, when I was about 9, out of her bedroom. It was coins, it would have been like $5, but at the time it was a lot of money. I had sleepless nights for months after that. To this day, if I ever came across Christa Prescott, I would give her 20 bucks and my conscience would be clear. #findChristaPrescott

I’m sure I’ve done it more than once, but most memorably when I was in Mamma Mia seven years ago. My romantic partner on stage, we avoided the kissing scene. It’s not just any old kissing scene, it’s a big full-on passion making out thing and we put it off and put it off and put it off. The very first time at rehearsal we just kind of went and like, smashed teeth, and he drew blood on my lip. It was a hilarious disaster.

... eaten the last slice of cake and blamed someone else?

The hydroslide at Moana Pool is awash with my bodily fluids. You reach an age where you pee and you don’t even realise you’re peeing. It’s definitely a factor for consideration after a couple of kids.

... dropped the F bomb during an interview?

F... yes. When I went to get [my most recent] job, I probably dropped the F bomb a few times because I didn’t have to give her a CV or anything because I knew her, she was a friend of mine. That’s probably what got me the job to be honest. It’s hospitality, people swear all the time.

... got a person in to fix it and told everyone you did it yourself?

No, but the one time I did fix something myself I made sure everyone knew about it. It was a front loader washing machine and something happened to the door. I feel like maybe it was a rite of passage and I did the full thing where I watched the YouTube tutorial and I ordered the part on Trade Me, and made sure I had all the tools and set about fixing it myself. I talked about it for about six months, and every time I walked past that washing machine, just a warm glow would come over me.

If anything I’ve done the opposite. I reckon I’d have to dumb down my CV because I’ve got a ridiculous number of qualifications that I never ever use. They do that thing where they say "we think you’re too qualified for the job", and I’ve been like "no, really, give me the job, I’ll do anything".

... snuck in without paying?