Special K: something for everyone 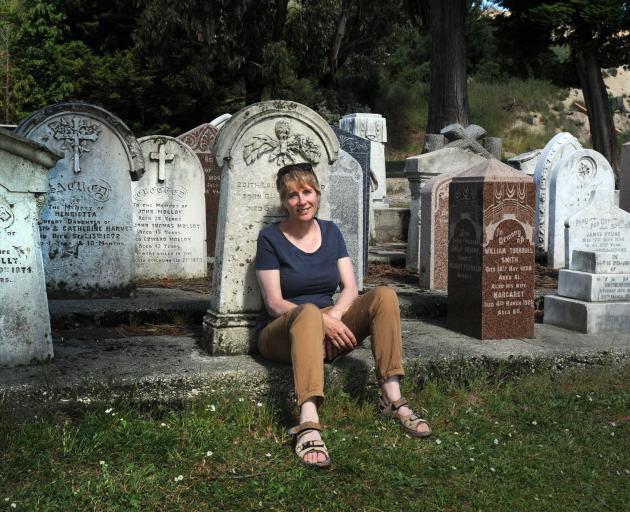 New Kaitangata resident Denise Dent sits in front of headstones at the local cemetery, including those for miners killed on February 21, 1879. Photo: Christine O'Connor
A small town with a rich and vibrant history, Kaitangata was made famous last year by its affordable land and house package. Samuel White digs deep into the minds of locals to find out what makes the town so appealing.

If you drive south on State Highway 1 from Dunedin, you could almost miss the sleepy village of Kaitangata.

But about 10km north of Balclutha, a turn-off to the ''hidden gem'' is marked by a sign indicating the way to ''Black Gold Town''.

So named for its coal-mining history, Kaitangata has a population of about 800 and lies on the banks of the Matau branch of the Clutha River.

The river snakes around the town, resembling a half-moon shape, which contributes to the name of the local Crescent Rugby Football Club.

In fact, this year the premier team placed second in the South Otago Regional Rugby competition, losing to the Clutha Rugby Football Club in the July final. 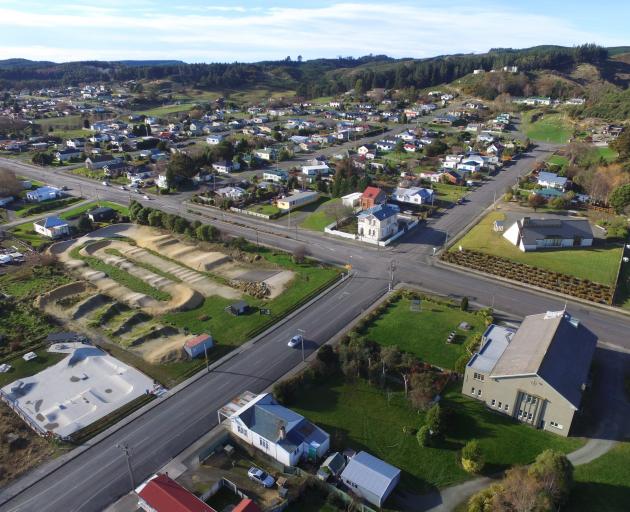 Kaitangata. Photo: File
Around the edge of the riverbank, locals can regularly be found whitebaiting or fishing down to the mouth of the river.

''We have whitebaiting and great fishing if you're into water sports or outdoor trekking.''

Walking around the hills is ''pretty amazing''.

One of the not-so-hidden secrets of the town is the group of wild horses which have established a population in nearby former forestry blocks.

The horses are one of the things Ms Davis loves about the town.

''They're very majestic and incredibly resilient, getting on with the rawness of life. I just find, for me, they epitomise Kaitangata.''

She says the horses, and people in the town, have a knack for looking after themselves and enduring a hardy way of living.

The town has its own micro-climate and ''very marked'' seasons. Its residents are able to grow their own vegetables and live sustainably in the rural environment.

This draws in native birds such as the tui and the kereru, or wood pigeon.

For Mrs Davis, the rural backdrop combined with the ''small town'' allure is what makes Kaitangata magic.

''Summer Hill Beach is very un-peopled and you go there and there's not a soul there. It's just strewn with driftwood.

''To be honest, I just find the whole place picturesque and tranquil.''

She moved to Kaitangata last January in search of a different lifestyle.

''I knew I wanted a more rural lifestyle rather than in the middle of a town or a city,'' she says.

The town has a rural feel about it, but it is still close enough to Balclutha and Dunedin for anything Kaitangata does not have.

Several groups exist within the town organising events and community assets - everything from the local museum to the community hall, as well as the recently developed skate park and the annual Kaitangata Car Show and Run.

There is something for everybody, offering a way for any newcomers to find their niche or be involved in the community.

The people are also incredibly friendly.

''People were just so nice ... It's just that sort of place where you feel if you need something, you just ask somebody and they just help you out.''

Sounds great. But one important question not answered: Just how successful was last years "affordable land and house package"?