Land of the brave 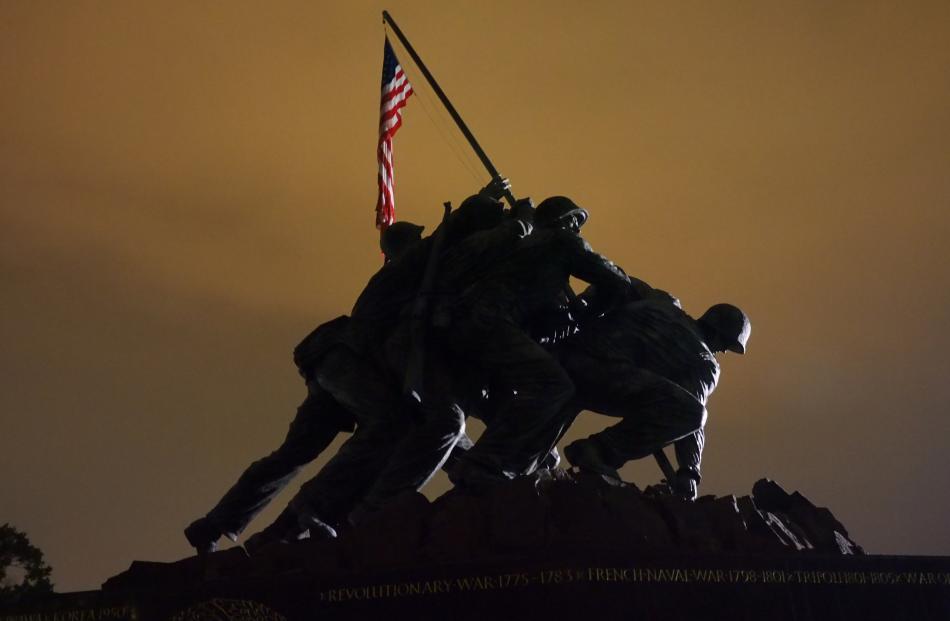 Modelled on a famous news photograph, the Iwo Jima statue is officially the US Marine Corps Memorial.PHOTOS: PAMELA WADE 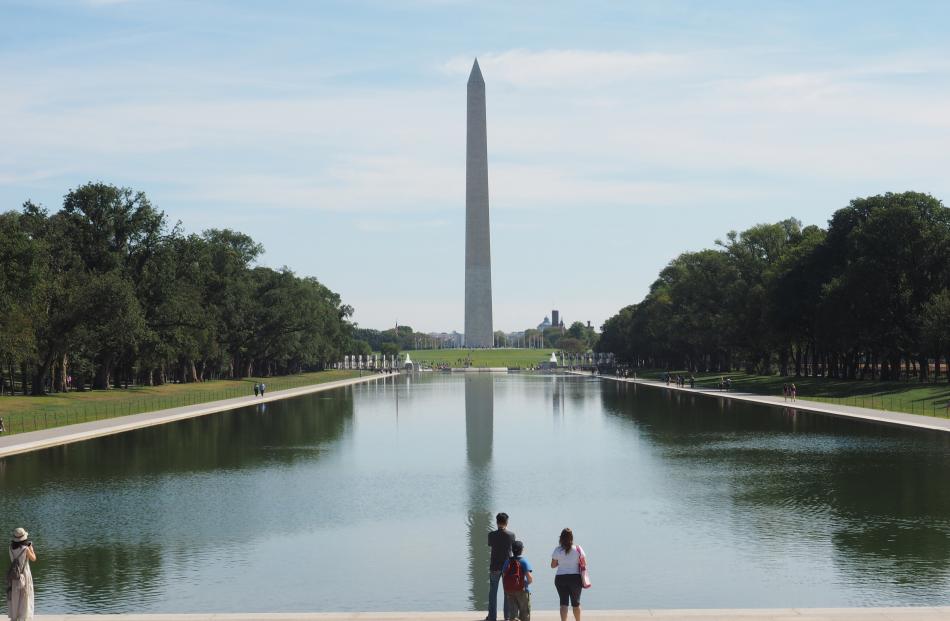 The Washington Monument along the National Mall halfway between the Capitol Building and the Lincoln Memorial. 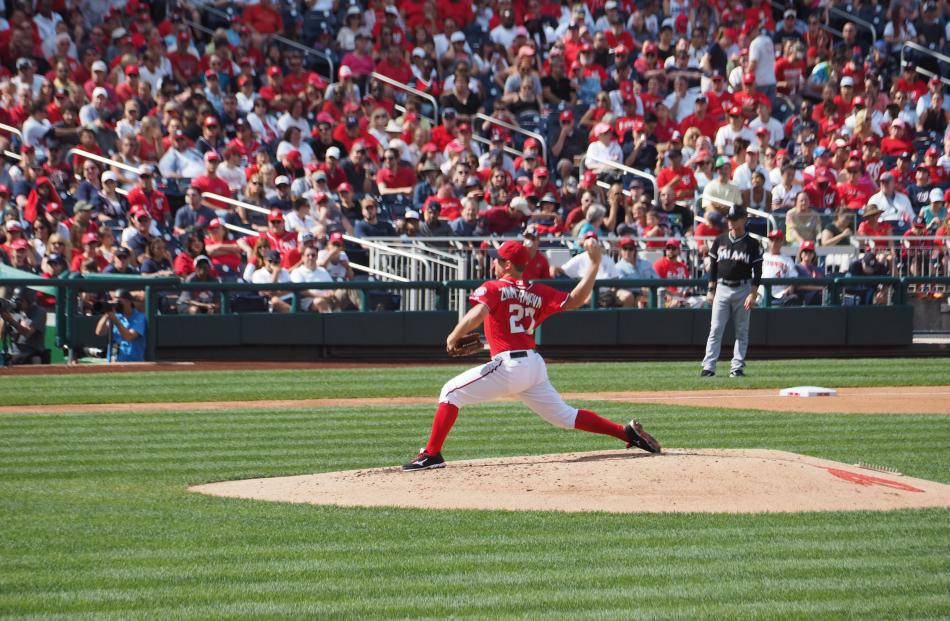 Washington Nationals pitcher Jordan Zimmerman brought the crowd to a frenzy of enthusiasm with his unbroken series of unhittable balls. 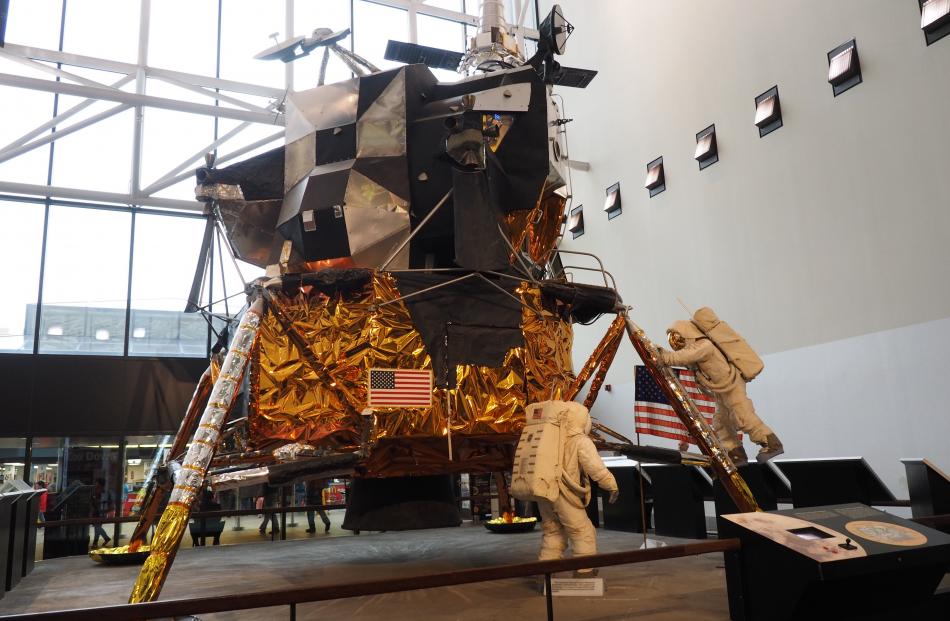 This Lunar Module from the Apollo 11 space mission is on display at the National Air and Space Museum. 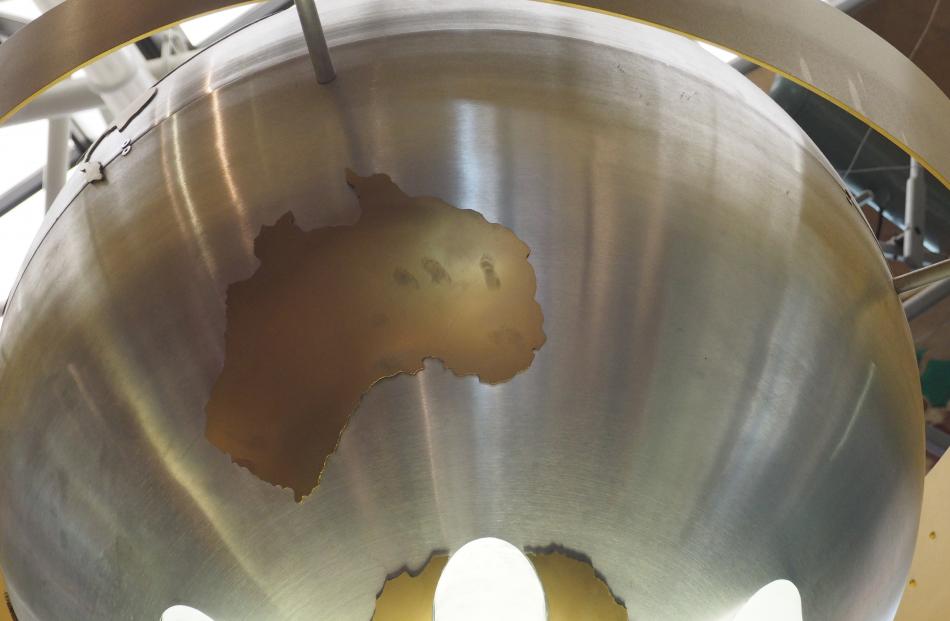 The globe hanging in the National Air and Space Museum has some noticeable omissions. 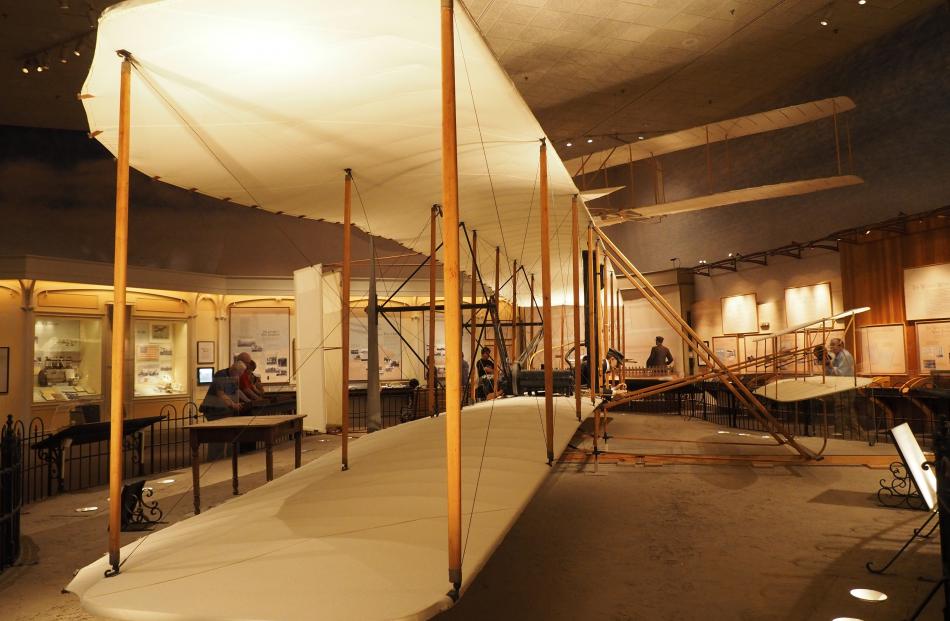 The Wright Flier, constructed of wood, muslin and carrying a 12-horsepower engine, made a 12-second flight in 1903.

Ken was a bit disparaging of Richard Pearse, I thought. Guiding us around the National Museum of Air and Space in Washington he'd started, naturally, at the Wright brothers plane, in all its flimsy wood and muslin glory. While he allowed that they weren't alone in working on developing flight at that time, Ken was in no doubt that in 1903 Wilbur and Orville achieved the world's first powered flight. In retrospect, my suggesting that Pearse may have got airborne earlier that year in South Canterbury was probably a bit inflammatory. ``Others make the same claim,'' Ken sniffed dismissively, moving on.

The museum's globe doesn't have New Zealand on it, either.

Putting Kiwi parochialism aside, however, this has to be the most impressive of Washington's many Smithsonian museums. Huge and soaring halls are filled with originals, up to and including a Saturn V rocket, but also, at the other end of the scale, more easily relatable relics such as a Luftwaffe pilot's breeches and a urine hose from Apollo 11.

Here, and in the city's many other museums, the curators have worked tirelessly to present their artefacts attractively and accessibly, aiming to interest, inform and educate as effortlessly as possible. Unfortunately, the unintended side-effect of all this dedication is guilt. Who has the time and foot-power to give these places their due? Skimming past lunar modules, a white rhino shot by Teddy Roosevelt, the Hope diamond, Dorothy's ruby red slippers or any other of the Smithsonians' 138 million objects, each with its detailed label, feels shallow-minded and disrespectful.

But there's a whole city out there, equally crammed with things to see, and time is short. What is a tourist to do? Keep skimming, or stop and connect? I tried both.

Organised tours are an obvious way to tick off the must-sees, and that doesn't necessarily mean herding on and off a bus. Gliding on a Segway along the centre of Pennsylvania Ave on the bit of the road reserved for presidential motorcades was fun and efficient, despite the initial half-hour devoted, in typical litigation-wary American fashion, to safety training and the signing of multiple indemnity forms.

In two hours, we knocked off the National Mall, from the Capitol Building, its dome swathed in scaffolding but still stately and impressive, all the way down to the Lincoln Memorial, by way of the White House beyond its South Lawn. We passed museums and mansions, memorials and monuments, trees, fountains and gardens, trundled along roads and pathways, and stopped beneath Lincoln's impassive gaze to look back along the 3km length of the Mall, past the elegant obelisk of the Washington Monument to the Capitol beyond.

That was the overview. To get a bit more in touch, a night-time trolley tour gave a different perspective, with everything artistically spotlit. It allowed time for closer inspection of the sombre Vietnam Veterans Memorial, the striking Martin Luther King statue, the creepily lit Korean War Memorial, and, of course, the familiar and beautiful Lincoln statue in its colonnaded temple. It was pleasing to see Eleanor Roosevelt hasn't been forgotten, standing in her coat as though in a queue at the grocer's but with a resonant message to share. Possibly even better by night was the Iwo Jima Memorial, just across the Potomac River, the drama of its pose heightened by the lighting, its flag flying 24/7 by presidential proclamation.

So much for the exteriors. Indoors, besides all the museums, there are the government buildings to explore. Time-poor tourists have to choose and trust that, like cathedrals, they have common features. Certainly pillars, painted ceilings, marble, domes and gold leaf seem to be standard, and in the Capitol are simply gorgeous. Edward was typical of my guides: relaxed, knowledgeable, humorous, patient, and eager to share as much history and trivia as on-holiday brains are able to handle. He knew we would enjoy hearing about how Massachusetts snubbed JFK, statue-wise.

Through a tunnel to the Library of Congress, there is more beauty, from stained-glass roof to marble floor, but ugliness too, in a Civil Rights exhibition, including the arrest sheet for Rosa Parks and the A Man Was Lynched Yesterday flag. Frank, honest, even-handed and multimedia, it was a masterclass in keeping history alive.

But the US capital is more than politics and presidents. It's also a city where people live, work and play, and joining them at the latter served as my shortcut to the real Washington. It was the last game of the baseball season, and the local team, the Washington Nationals, were playing the Miami Marlins. The stadium was a sea of red and white, the grass on the field mown into criss-crosses, the pitcher's mound neatly raked. Cheerful fans filled the seats, waving down vendors carrying trays of hot dogs and pretzels, and bins of beer and soft drinks.

Everyone lurched to their feet to salute the flag and sing the national anthem, hands to hearts, and without further ceremony the game began. To be honest, even raking up distant memories of rounders and softball, it was hard to follow the intricacies of the game, despite a scoreboard full of statistics (pitch speed: 94mph or 150kmh). A Mighty Wurlitzer organ blasted out at random intervals, excitement fizzed from the crowd for no apparent reason, a one-point rise in a batting average elicited a standing ovation - it was all lost on me.

But the cheering, the waving for the cameras, the huge-headed mascots wandering the field during halftime, the unicyclist firing T-shirts into the crowd, the singing of America the Beautiful - the atmosphere was invigorating. And when, finally, it was explained to me that the Marlins' row of zeroes on the scoreboard was making history - ``Its a no-hitter!'' my neighbour said, in wonder - I understood that sometimes, nothing can really be something. Then pitcher Jordan Zimmerman got a celebratory custard pie to the face at the end of the game, and I joined in the joy, and felt I'd connected with the city.

Checklist
Stay at the elegant and convenient Fairmont Hotel, www.fairmont.com/washington
See the city by day on a Segway www.bikethesites.com and by night on a trolley bus www.trolleytours.com/ washington-dc
Visit as many of the 18 free Smithsonian museums as you can handle www.si.edu/Museums including the just-opened African American Museum; the Newseum is also highly recommended www.newseum.org. The Capitol Building is a must www.visitthecapitol.gov
Witness a baseball game in the Nationals stadium www.Washington.nationals.mlb.com
More information at www.destinationdc.com 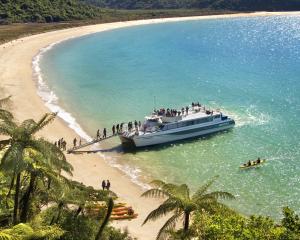 A real walk in the park 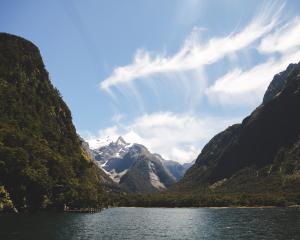