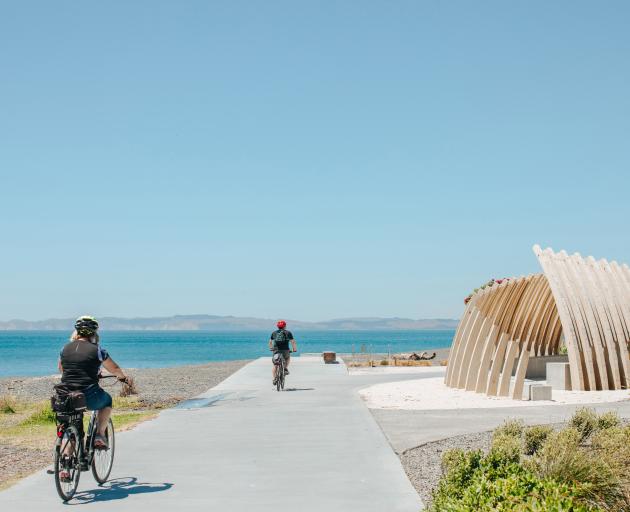 The twin towns of Napier and Hastings are the main hubs for the Hawke's Bay Trails, one of New Zealand's 22 Great Rides, which promises 200km of mostly easy, flat terrain, a friendly climate, and a cafe or cellar door around every corner.

"There's plentiful food and wine dotted beside the trails, as you'd expect from one of the world's great wine regions," trails manager Vicki Butterworth says.

"What better way to earn your indulgence, although the popularity of ebikes usually results in a net gain of calories by the end of the day."

The marketing spiel says riding here will leave cyclists "both exhilarated and exhausted", which sounds like too much wine-tasting and a long vineyard lunch. Where do I sign up?

The lay of the land

Lashings of visitor attractions are scattered across the fertile Heretaunga Plains. Almost all can be reached via the Hawke's Bay Trails network, which features coastal and cross-country pathways, stopbank trails along the Tutaekuri, Tukituki and Ngaruroro Rivers, and quiet back roads.

Commuter gaps between Napier, Clive, Hastings and Havelock North have been bridged by the iWay, more than 100km of cycle paths and lanes. Meanwhile, various town bypasses take a lot of heavy traffic out of the town centres. This includes Art Deco Napier, which can easily be explored on two wheels.

The Hawke's Bay Trails and the iWay combine to form a truly enviable, ever-growing network that's extending its tentacles as far as Waipukurau and Wairoa. The Bay has got the bug.

The Hawke's Bay Trails website (hbtrails.nz) is a great go-to, with trail descriptions, ride suggestions and interactive maps. Helpfully, the network is geographically colour-coded as the Water, Landscapes and Wineries Rides, as also detailed on the excellent printed map.

The free Napier map highlights trails around town and will suffice if you're sticking more or less to the city limits. 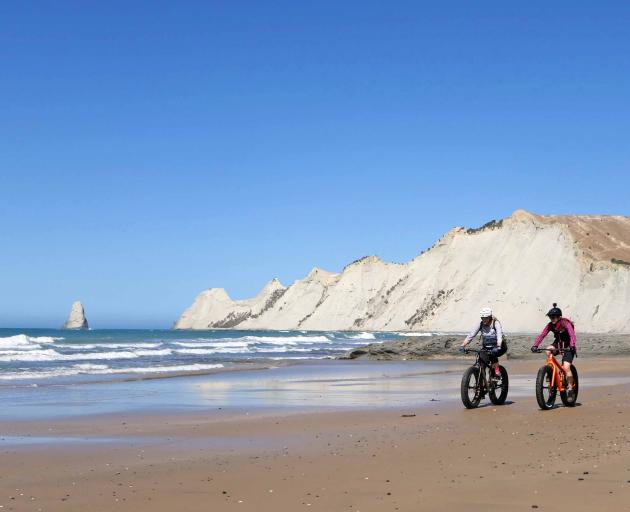 Napier's must-do ride is along Marine Parade's foreshore reserve and beyond. The reserve is Napier's main playground, sporting family attractions, including a junior bike track, big pump track, and Bay Skate for the skateboarders and scooterers.

Marine Parade is the starting point for a great half-day sightseeing ride. It follows the Water Ride north around to Ahuriri, where you can stop for coffee and ogle the boats in the marina before pushing further up the coast to Westshore and Bayview.

The strange landscape around here was formed by uplift from the 1931 earthquake. Rustic, family-friendly Crab Farm Winery is a great place to learn more and enjoy a yummy lunch. The Art Shed gallery on site is a must-visit.

The full three-hour, 35km loop continues through farmland and around Ahuriri Estuary, near the airport, before linking back to the waterfront trail back to Marine Parade.

The Hawke's Bay Trails offer endless ride options from countless starting points including Napier and Havelock North. Popular options are the Puketapu Loop out to a classic country pub, or the Wineries Ride which scoots around Gimblett Gravels and Bridge Pa cellar doors.

I particularly love the trails around the southern plains. Starting at the striking Atea a Rangi Star Compass near Clive, the Cape Coast section of the Landscapes Ride heads through wetlands and over Black Bridge (with its new info kiosk) to the salt-licked settlements of Te Awanga and Haumoana. Factor in a vineyard lunch at Clearview Estate if humanly possible.

The Cape Coast trail continues to Clifton, gateway to Cape Kidnappers. Gannet Bikes run self-guided fat bike tours along the beach and out to the very cool gannet colony. If you're keen to try fat biking, this is an immensely memorable way to give it a whirl.

Te Mata Peak is the Bay's supreme lookout, reached via a winding road up to its 399m pinnacle. Fit riders and ebikers can bike up and around the peak via a series of trails detailed on Te Mata Peak website. They offer the best views as well as a chance to explore the century-old redwood forest.

Ambitious types could add Te Mata Peak on to the Landscape Ride's Tukituki Loop, a scenic but slightly hilly 37km outing along the beautiful Tukituki River. It passes Craggy Range winery, a splendid place to break the journey with wine-tasting and a platter.

If you're on for a top-end treat, make a beeline for Napier's Bistronomy bistro. Its super-modern, blond timber interior is a foxy backdrop for the extraordinarily good six-course degustation with wine match.

Kilim Cafe serves fresh, delicious and inexpensive Turkish food in a colourful, easy-going environment where the kids will blend in.

Over at Hasting's AMP Showgrounds, the Sunday Farmers Market retains an unwavering homegrown focus via a bumper crop of stalls. Local musicians, keep-cups, shopping bags and sun hats are all de rigueur. 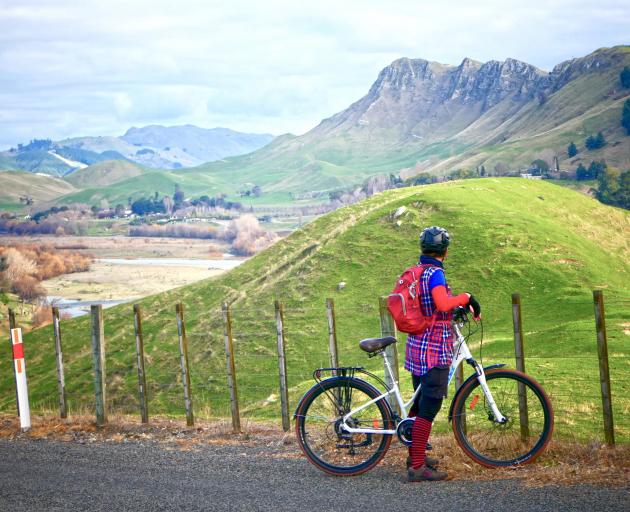 It's easy to get lured into a false sense of security around the Plains, especially when you're cruising on an ebike. Don't bite off more than you can chew — distance or dietary — and be prepared for on-road sections and hills, particularly around the Tukituki River. Close all gates. Be kind to livestock. Note the spittoon.

Hawke's Bay is brilliant for biking. Sure, it helps that it's largely flat, ridiculously pretty, and generously blessed with lip-smacking attractions, but its cycling proponents deserve credit for creating trails that work for everyone.

It's the ebike that's really changed the game here, advancing a future vision where biking is a genuinely viable and enjoyable transport option for visitor and local alike.