Pho (noodle soup). Photo: Getty Images.
From Saigon to Hanoi, the street food is extraordinary. However, you don’t have to brave the street stalls as many napkin and cutlery equipped restaurants will leave you sated at $20 per head, writes Kate Preece. 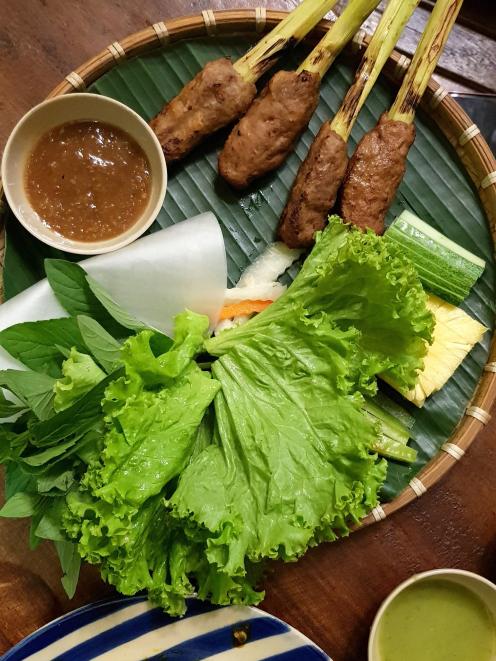 Beef cooked on lemongrass skewers, served with a peanut sauce, pineapple, Vietnamese mint, cucumber, green capsicum, daikon and some greens. Create your own rice paper parcel with the aforementioned ingredients for a flavour hit.

Pho on the streets

You've got to do it. Find a place that smells delicious and looks busy (our choice was Pho Ga Nguyet in Hanoi). Then, grab a seat and go for pho - it's noodle soup, with meat, in a flavoursome broth that always comes in a generous bowl and can be amplified in taste with various condiments on the table. A splash of lime and a couple of drops of a mystery chilli sauce seemed to do the trick.

Our guide directed us to this place, and thankfully even picked our dishes, because this might not have made the list otherwise. Shrimp, pork and noodles were within a crispy Vietnamese pancake, that was just one ingredient to again layer into rice paper with assorted leaves for the ultimate flavour combination. 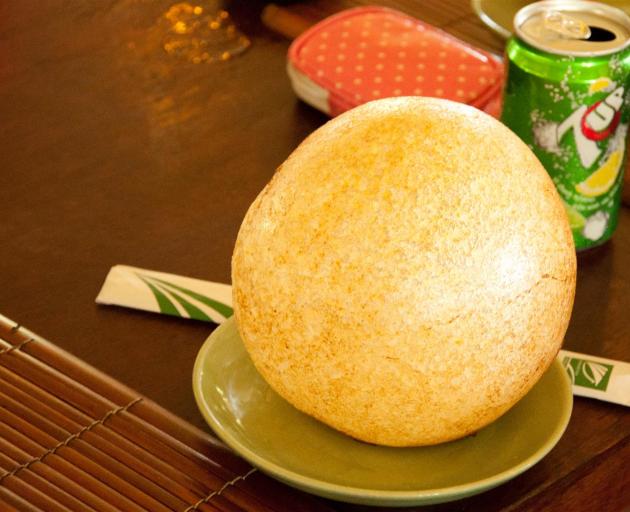 There's sticky rice and then there's this, the street food version. It will arrive as a large brown balloon, which is then squished flat and cut into pieces using a pair of scissors. It's sweet and very tasty. 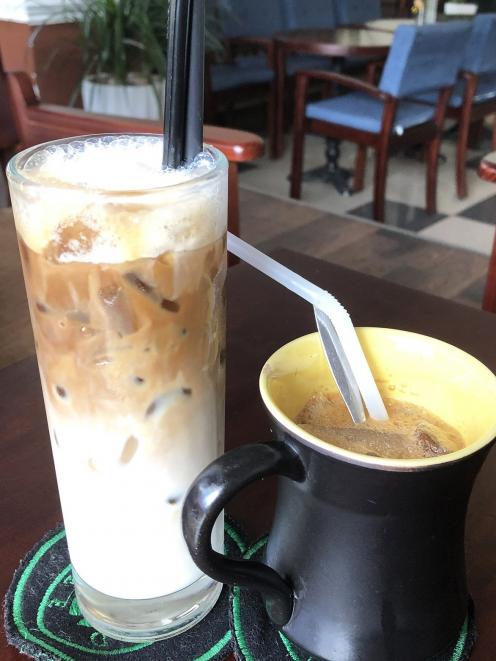 They say there are a couple of things the Vietnamese remain thankful to the French for, and the baguette is No 1. A very popular meal is one such bread stick filled with a mix of meat and salad ingredients, and often pate, that, no matter how simple, puts any sandwich place we have in New Zealand to serious shame.

Can be bought in the way you're accustomed to ($2 for a cappuccino), and it's not hard to find a great cafe. Vietnamese ice coffee ($1.50) is served with milk, or condensed milk - don't knock until you try it! It'll hit the spot for sweet-tooths, or simply dial it back to a simple black coffee, if preferred. Remember, Vietnam is the second largest producer of coffee in the world, so they do know a thing or two about the stuff - join them to enjoy a traditional ``phin'' single-cup drip filter. 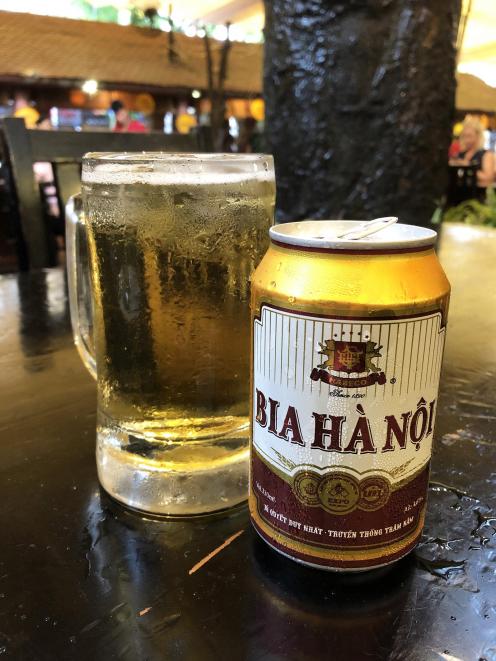 Beer produced in Hanoi.
At as low as $1 (15,000 VMD), it is cheaper than bottled water. The local beer - and every city has one - is typically refreshing and easy drinking, even for someone who traditionally wouldn't drink it at home. You can step it up a level, though, for craft beer is certainly a thing.

Not your cheapest option. Can be $8 a glass for the house wine, a bottle of French red could be found for $40, and generally, it appeared easier to purchase by the bottle.

Make a note of these, and their times. This might see you with cocktails as cheap as $5, two-for-one beers, or three for two cocktails.