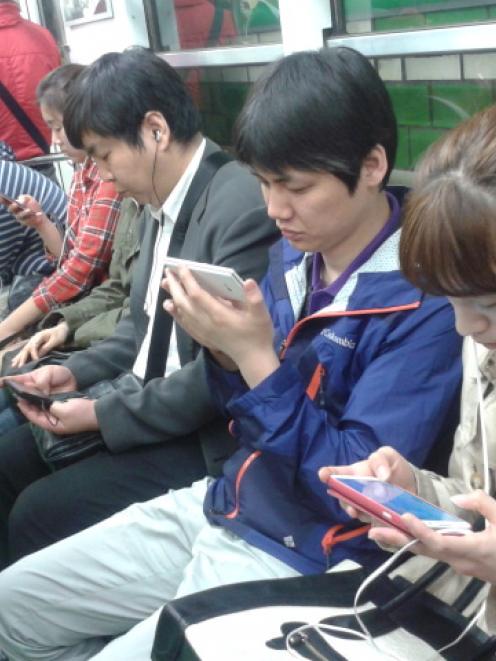 I now see how Korea has earned the reputation of being the world's most connected country - even on the subway there is wifi. Photo by Sarah Marquet
The subject of today's blog dear readers is cultural differences. In the two and a half weeks I have been in Korea I have noticed some pretty big ones - some good, some bad and some just plain odd.

In the few months leading up to my departure many people told me Korea was very similar to Japan, specifically that it is a very safe country and the people are friendly.

I am yet to be convinced on both those matters, more so the second one.

The first and probably biggest difference I have noticed is that, for the most part, everyone keeps to themselves - no one makes eye contact and they certainly don't smile and say hello (ann yong haseyo) as you pass them in the street or apologise (choesong hamnida) if they stand on your feet or bump into you.

In a crowded shop they also don't move out of your way, I guess it is just expected that if you want to get to the next shelf of shoes or box of bananas, you push past people.

Coming from New Zealand where, especially in Central Otago, everyone smiles at you and says hello, I found it quite odd at first and a little sad.

But then, everyone always seems to be in a rush here and saying hello to the thousands of people on the street would take time right?

When you are stuck on a train though (and when I say stuck I mean it somewhat literally, often you are packed in like sardines in a can...I hate that saying but it's very fitting to this occaision), would it be so hard just to smile at the person whose neck you just coughed on?

Usually, especially on the trains or buses, people are glued to their smartphones - headphones stuffed into either ear, music blaring as they play games or read and send emails and texts (even on the subway, you can get wifi in Korea).

It's not just the younger generation that do this either - middle aged and older men can often be seen watching the baseball on their phones, most of which receive TV signals. The older women, when they aren't dozing, make phonecalls. I like to think they are calling their husbands to tell them to start cooking the dinner or to get the laundry in.

So maybe that's why people have no time for strangers and are unaware of who they cough on - they are busy in the virtual world.

It does make me feel a little left out sometimes but, alas, my phone is just not that smart.

There are some people that will stare at me, almost for a whole train ride. They quickly look away when I look at them but stare again when I look away.

I guess it's a case of be careful what you wish for, maybe.

Anyway, back to the coughing point - coughing loudly and violently and sniffing in much the same manner is the norm and, if you are outside or in a bathroom, hoicking and spitting is just as ok.

Here, you never cover your mouth or nose when you sneeze or cough and never blow your nose in public. 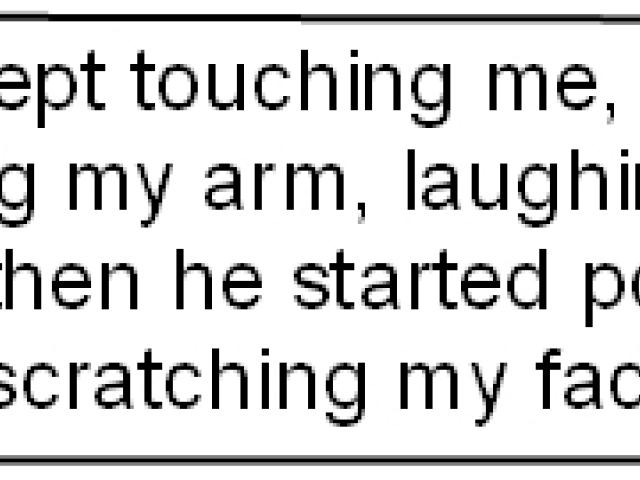 I wasn't surprised by this, I knew this was the norm in Asia, but I have had a sore throat almost since I have been here, something I blame on the above practices, and more than once have had a throat full of yuk land very near my shoe.

I wish I was brave enough to try it, it seems as though it would be pretty satisfying.

I must make a wee disclaimer here though - not everyone does this, I hardly ever see young women do more than an occaisional, quiet sniff.

Last week I had a small incident which opened my eyes to probably the biggest cultural difference.

A man who, in my opinion, was intellectually disabled, probably mentally unwell and obviously homeless, approached me as I waited for my train at a subway station.

He asked for money.

I said I had none (I really didn't have any cash).

I pretended I was reading the subway map.

He kept touching me, taking my arm, laughing and then, with a grimy fingernail-adorned finger, started poking and scratching my face.

An old man yelled at him and called the cops and some lovely older women dragged me into their midst.

The cops came and arrested the man, he was crying by that point.

They kept calling me and asking me to return to the station to make a "damages testimony" so the man could be taken to court and ordered to pay me money.

I said it was ok, I didn't want that to happen but they didn't understand.

I asked a native Korean speaker at work to help me explain.

She, and every other Korean I have told about this, could not understand why I wouldn't want him punished.

They kept calling him a criminal and a bad person.

I later learned all people like this man, and even some physically disabled people, are treated in much the same way. There is not the help for them like there is back home and so most end up on the streets, sleeping in subway stations and begging for money.

And now for odd - couples dressing the same, it's a big deal here.

Though not as common as it apparently once was, couples will often dress the same. Not just dress alike but dress the same. This weekend I saw four couples wearing identical outfits - all wore plain coloured pants, sneakers (yes, even the sneakers were the same) and a branded t-shirt.

At first I assumed they belonged to the same sports team or both worked in the same shop and their outfits were uniforms. None of them would let me take a photo.

No one here lets me photograph them. Apparently it's a cultural thing and they are especially cautious about westerners taking their photos.

My favourite cultural difference though has to be the communal food - usually you get your own bowl of rice and then all share the panchon, the side dishes. It's almost like sharing one big plate, except it's not, it's many small bowls of vegetables and kimchi.

Another is that people will go to a cafe, place their wallet on the table and set up a laptop then go outside to make a phonecall or go to the bathroom.

Their stuff is all there when they return.

At traditional restaurants people remove their shoes before entering. Some also leave their briefcases with their shoes. They too are there when they return.

Unfortunately, while these things seem to be normal practice, I have also heard stories of pick-pockets, especially in shopping districts and on the subway.

So, there is just a wee taste of the cultural differences. At first the only one, besides the treatment of the man in the subway incident of course, that really bothered me was the avoidance thing but I quickly learned to get over that.

It gives me an opportunity to watch the ground and see what I might be about to stand in.

There are odd occaisions when someone will acknowledge me on the street though, usually schoolgirls wanting help with their English homework.

- ODT reporter Sarah Marquet blogs about life in Seoul, Korea. With funding from the Asia New Zealand foundation, she will be working in the newsrooms of one of South Korea's largest papers, the Joong Ang Daily, for the next six weeks.