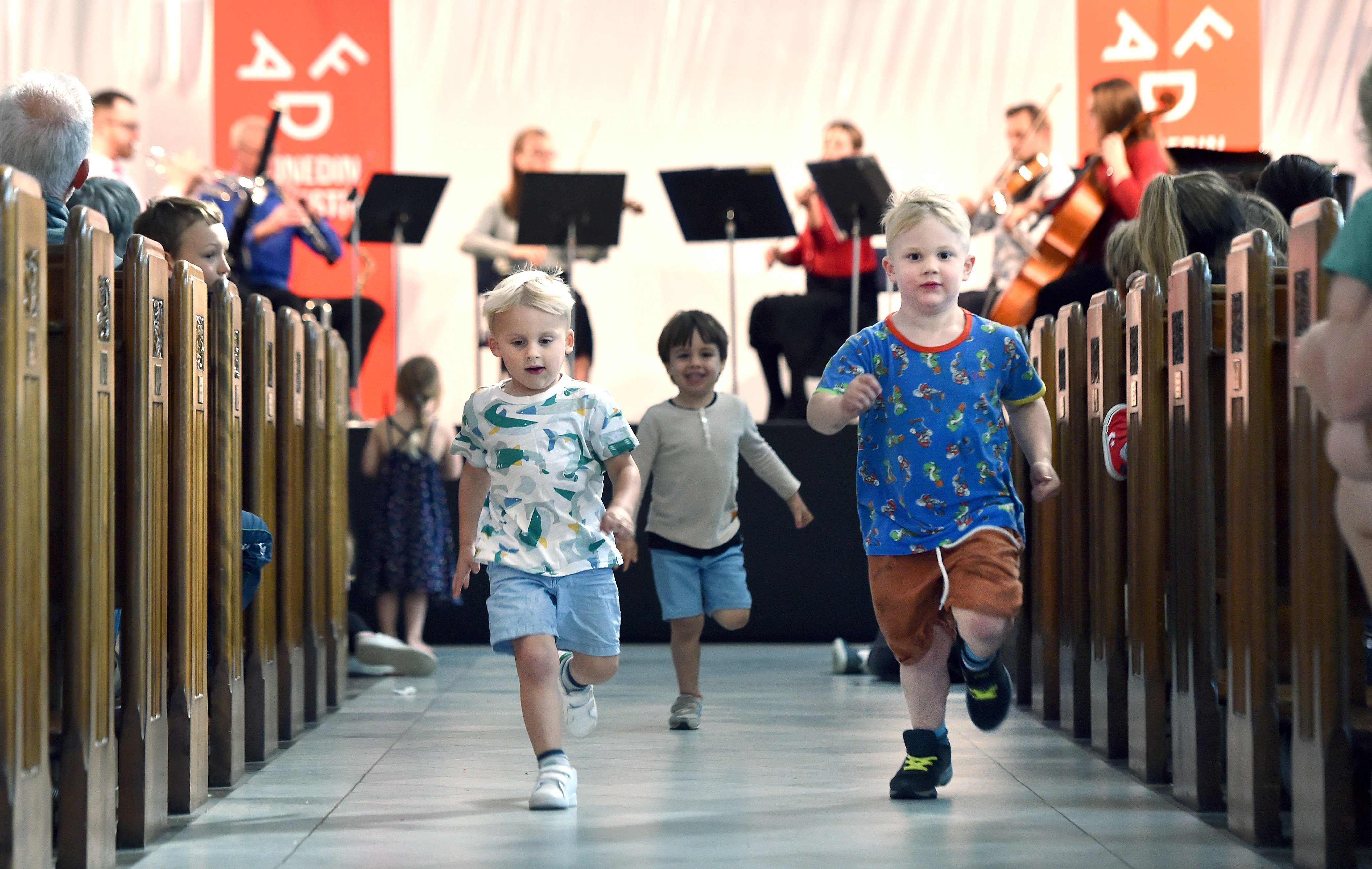 Big fans of Beethoven and running around churches (from left) Jimmy Burke (3), Oscar Muir (3) and Matteo Guidi (4) all of Dunedin, run down the central aisle at at St Paul’s Cathedral. PHOTO: PETER MCINTOSH
St Paul's at One
DSO, Beethoven to Baby
Thursday, April 8

In this day and age, children experience the sounds of music from their earliest beginnings - from pre-birth foetal stage, delivery room, car radio, TV and so on.

Parents and organisers I spoke with, including my 9-year-old musical sidekick, all agreed to the success of the occasion - it is definitely worth repeating, but perhaps in a venue with more floor space for action and dancing up front.

A preamble from the compere with advice to ‘‘unlock ears, imagination and heart’’ successfully bridged musicians and children, many of whom sat up close to the action. Others sat with parents (grandparents were also happily chaperoning) and several ran excitedly up and down the centre aisle.

The well-chosen repertoire began with the Finale from the William Tell Overture by Rossini, with the opening trumpet theme immediately commanding attention.

Beethoven’s Ode to Joy followed with an introduction to various string instruments, highlighting the cello.

Eine Kleine Nachtmusik (Mozart) called for hands to be raised when noticing contrasts in volume of sound.

Gradually, more young people ventured to join in up front, many with avid attention when prompted to listen for instrumental ‘‘bird sounds’’ in Vivaldi’s Spring.

Finally it was all go, drawing real spontaneous participation with movement and actions for the final numbers - If You’re Happy and you know it..., Wheels on the Bus and Twinkle Twinkle Little Star.

This event for babies and a very young audience was the idea of Dunedin’s international soprano Anna Leese, and proved to be an enjoyable and worthwhile musical education hour for parents and their youngest children. Such fun!