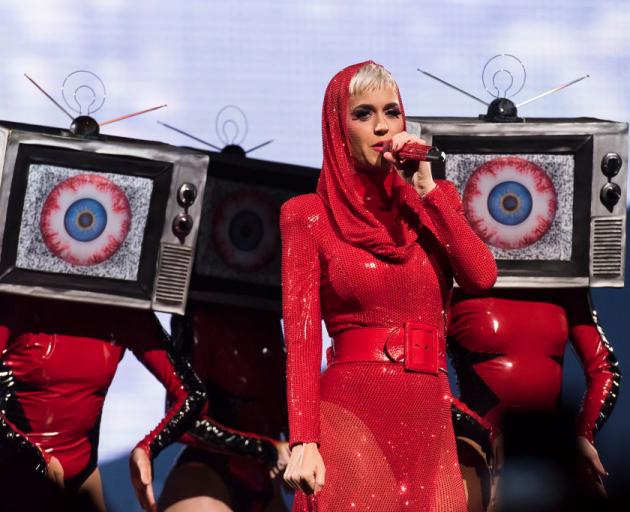 Katy Perry performs at Rod Laver Arena in Melbourne as a part of her Witness Tour. Photo: Getty Images
Sydney fashion designer Katie Perry has given evidence in her case against pop star Katy Perry for breach of trademark.

Katie Perry has told a court she bought the song I Kissed A Girl on iTunes because she wanted to show support for a fellow Katy Perry, but that the pop star's music was not to her taste.

The two women are now embroiled in a legal dispute over who can sell clothing branded with the name "Katie/Katy Perry".

Sydney-based designer Katie Jane Taylor - nee Katie Perry - is suing the American singer-songwriter in the Federal Court, arguing that the latter is infringing on her trademark.

Katy Perry-branded clothing is sold in Australia at concerts, in department stores and a range of online stores.

Ms Taylor continues to trade under her birth name, which she trademarked for clothing in 2008.

That's the same year the pop star - legally known as Katheryn Elizabeth Hudson - shot to worldwide fame with her 2008 hit about kissing a girl.

Ms Taylor was cross-examined on Monday about her knowledge of, and interest in, the singer at that time.

She bought the hit single on iTunes, but denies it was because she actually liked it.

"It was someone with the same name as me and I'm all about female empowerment," Ms Taylor said.

Asked about a 2009 magazine interview in which she'd described the song as "catchy", Ms Taylor conceded she must have lied to the journalist.

She denied paying any further attention to Ms Hudson until the star challenged her trademark in 2009.

She was too busy building her small business and working two jobs to pay attention, she said.

Ms Taylor also denied that she predominantly went by "Katie Howell" at the time, saying she used the name "Katie Perry" socially.

Ms Hudson, whose stage name combines her first name and her mother's maiden name, is defending the allegation of trademark infringement and has launched a cross-claim to have Ms Taylor's trademark cancelled.

She has pleaded that she uses the Katy Perry name in good faith and her use on clothing is unlikely to deceive or cause confusion.

Justice Brigitte Markovic is expected to hear the case over the rest of the week.

The US-based pop star is not expected to give evidence.

"This is a real David and Goliath fight,'" Ms Taylor said in a statement on Friday.

"I am fighting not just for myself, but for all small businesses in this country who can be bullied by these overseas entities who have much more financial power than we do."

Her case is funded by global litigation funder LCM. 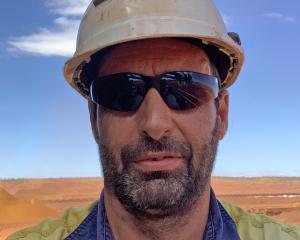