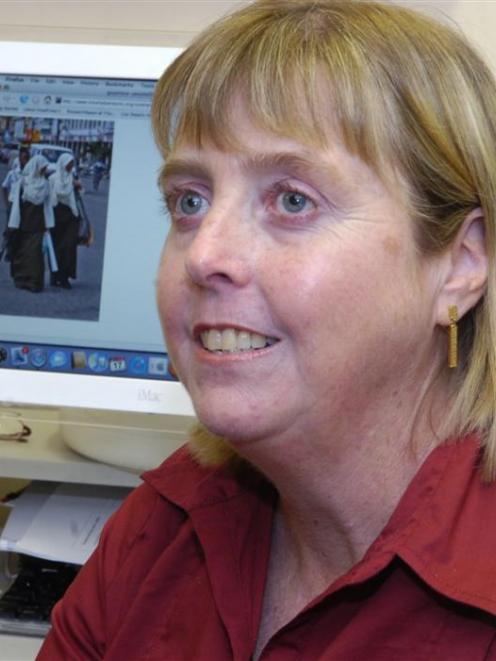 The Religious Studies paper, "Women in Islam", will be taught by Dr Toni Tidswell, who completed her PhD at the University of New England, Australia, on the topic of women characters in the Koran and in Hebrew.

"Everybody I speak to seems to want to study this paper, so this is encouraging," she said.

Dr Tidswell said the paper would explore the complex world of Muslim women, from the characters in the Koran through to veiling as the symbol of the modest religious woman.

"I would like students to get a feeling for what it would be like to live in that religion."

Case studies from her time in Egypt and China would be used in conjunction with new research on Muslim women in New Zealand.

"I am only new to New Zealand so my observations are very limited, but it appears most Muslims are international students . . . there doesn't seem to be many white New Zealand converts or Maori who are Muslim in Dunedin."

Dr Tidswell, a non-Muslim, describes herself as an "outsider who eavesdrops" on the faith in order to gain a better understanding.

"Islam is about tradition and respect," she said.

In her hometown of Sydney, women wearing a traditional veil, or hijab, were victimised after the September 11 terrorist attacks "simply because of what they wore".

"Islam is a religion of peace. Every religion has a few people who distort the meaning of their faith," she said.

"Women in Islam" is being offered in conjunction with the development of the National Centre for the Study of Islam and Muslim Cultures, and will be taught on campus and by distance learning.