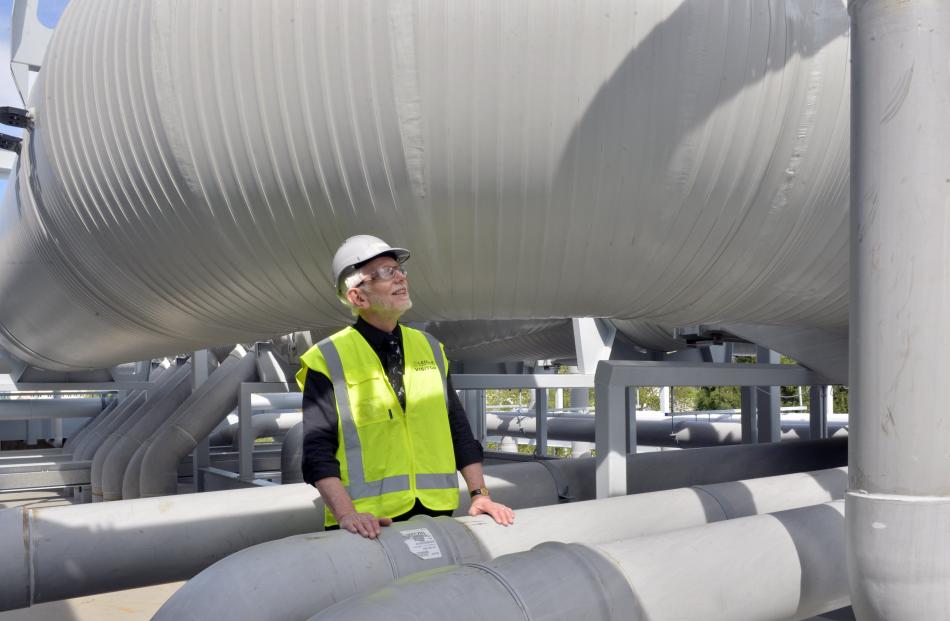 Admiring the new extraction system on the roof of the recently upgraded Mellor Laboratories at the University of Otago is Chemistry department head Prof Lyall Hanton. The final phase of the $53million upgrade of the Science 1 building is set be... 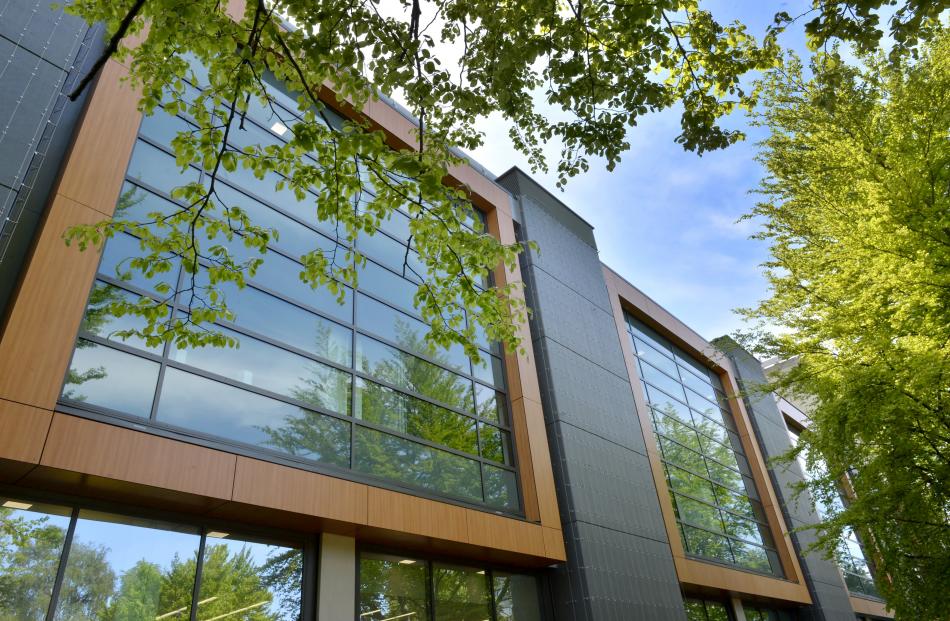 The south wall of the Mellor Laboratories. 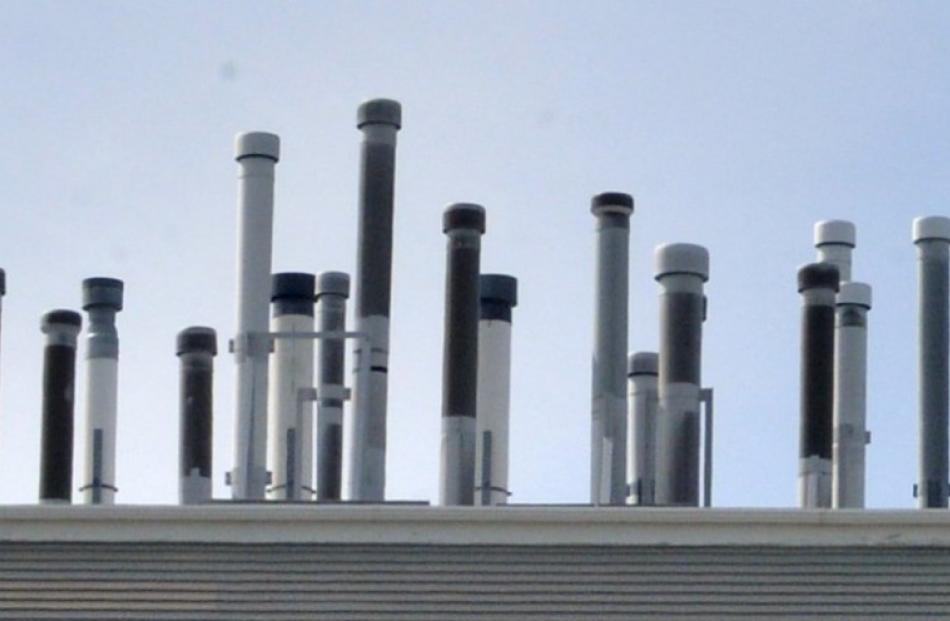 The ‘‘hedgehog’’ extraction system on the roof of the Science II building at the University of Otago. The adjoining Mellor Laboratories uses a tri-motor extraction eliminating the forest of pipes. 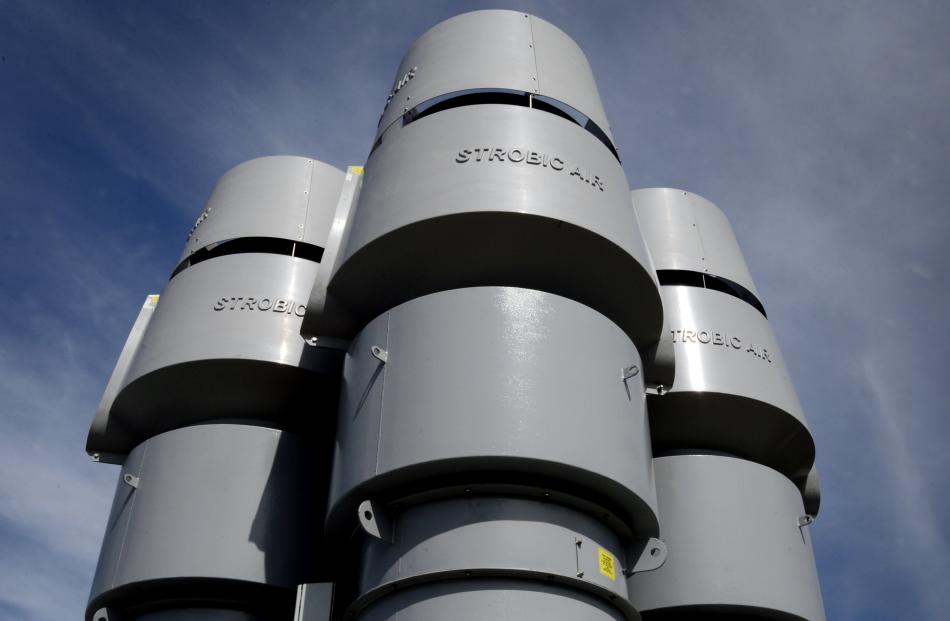 The tri-motor extraction system at the Mellor Laboratories 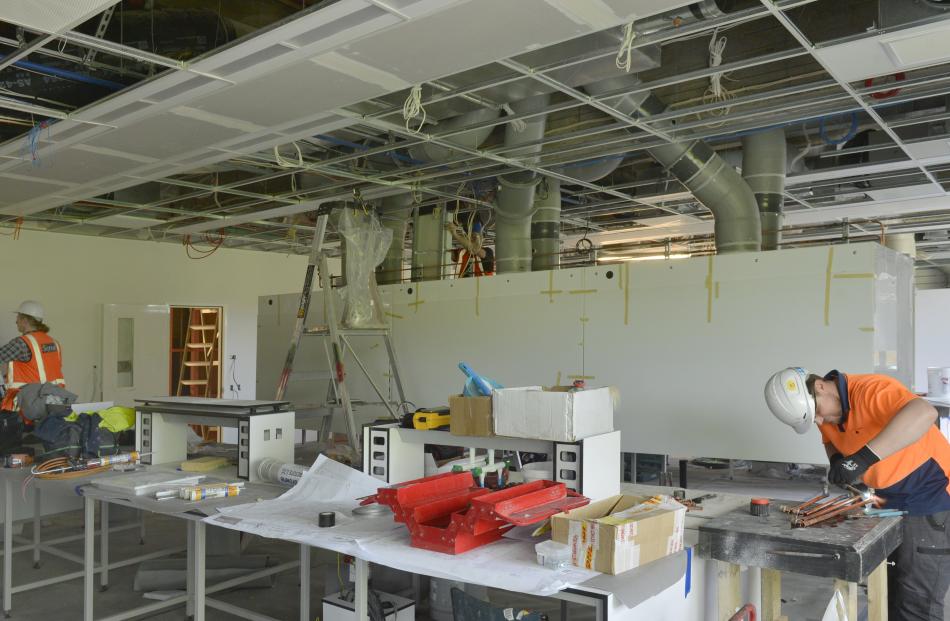 Work continues on a ‘‘super lab’’ in the Mellor Laboratories.

A Multimillion-dollar upgrade of the University of Otago’s science building is only months away from completion.

Working to a deadline of February next year, about 100 contractors are finishing the final stage of the $56 million refurbishment of the university’s Science 1 building.

Christchurch  company Leighs  Construction has been contracted to refurbish the building.

The first stage of the development at the western end of the building, now called  the Mellor Laboratories, was completed at the start of the year.

For the head of the university’s department of chemistry, Prof Lyall Hanton, the finish of the project  cannot come quick enough.

"It’s a bit like renovating a home for two years while trying to live in it at the same time, so it is very exciting we are only a few months away from being able to move back in."

As well as new communal areas, offices, student lockers and a seminar room, all the laboratories would be completely upgraded.

"The science [work that] staff and students will be able to undertake in the new labs will be world class."

A new tri-motor extraction system on the roof released material from the new fume hoods 50m into the air, so high the Civil Aviation Authority needed to be consulted, he said.

Equipment for a new specialist trace-metal-free laboratory would arrive in March, completing the upgrade.

"This laboratory is really cutting edge science, looking back to the beginning of the universe, so it’s very exciting."

A highlight of the building would be a three-storey  molecular network steel sculpture, which would mark the entranceway to the university’s sciences division, Prof Hanton said.

While student numbers remained steady during the upgrades, Prof Hanton said he expected to see an increase in students choosing chemistry as a subject.

"I expect first-year students will come along now, see the state-of-the-art scientific equipment and walk around the new communal areas and decide they will stick with chemistry."

University senior project manager Christian German said the tertiary sector was very competitive and the upgrade of the 46-year-old science building, as well as others at the university, would help Otago compete with other  international tertiary institutions.

"It’s obviously not the only reason we do these projects but when you’re competing with Melbourne, Sydney or Auckland, to have a building like this means you’re at least up there and competitive in terms of attracting students."