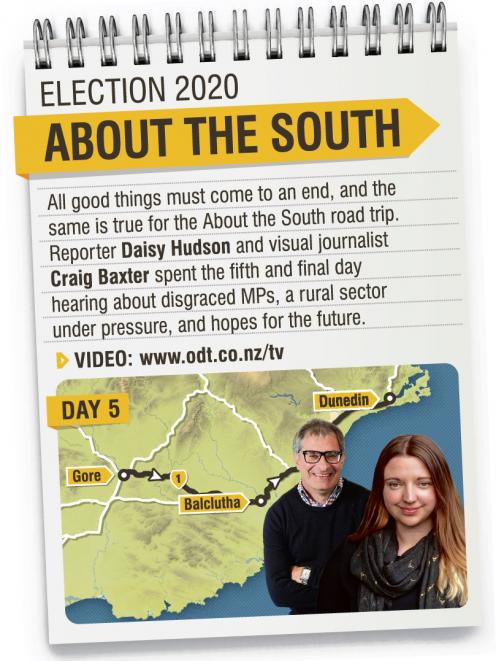 Unless you were born and bred there, spent most of your life there, or have four generations of family history there, you probably aren’t one.

People who have lived in the town for eight, nine, or 10 years say they aren’t really qualified to talk about community issues — "you should talk to a local".

The morning of the fifth and final day of the About the South road trip was spent in New Zealand’s country music capital.

It had been more than a week since Mr Walker’s public fall from grace after admitting to leaking personal information of Covid-19 patients, but his downfall was still a talking point in Gore. 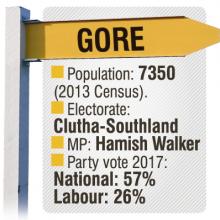 "Southland is normally quite a blue patch. It’ll be very important the person they put forward."

It certainly is a conservative area. In 2017, 57% of Gore voters picked National, and 10% voted for New Zealand First. In comparison, Labour received 26% of the party vote.

Someone who understood the rural sector was top of the wish list for a new MP, Mr Shaw said.

"The last couple of years the country hasn’t really been kind to the rural side. It’s quite funny, over lockdown and bits and pieces, when the environment was allowed to breathe, and the rural sector was still continuing as normal, everything seemed to get a whole lot better with streams and birds in the air...

"They have in the last couple of years felt rather beaten."

Mr Shaw is one of those "born and bred" locals, having previously been a sheep and beef farmer for more than 20 years. 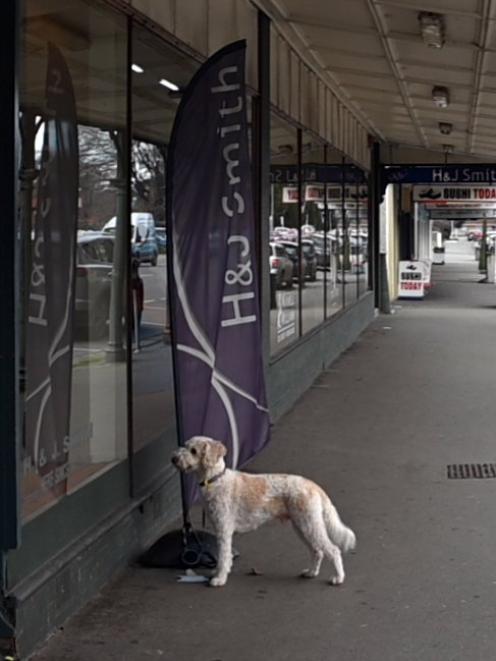 The down-sizing of Gore’s H&J Smith department store has been a blow to the community.

He said a cash boost announced by Regional Economic Development Minister Shane Jones two days prior was a win for the town.

Mr Jones announced $3 million for a new Gore public library and $1 million for remedial works and upgrades at the Gore Multisports Complex.

The town had been relatively insulated from the impacts of Covid-19, and attention was turning to calving and lambing.

"We’re doing all right. Everyone’s just wondering what’s on the other side."

However, it has not escaped entirely unscathed.

There is still disappointment in town after the June announcement that department store H&J Smith would downsize, partly due to the economic impacts of lockdown.

The announcement definitely had people talking, she said.

In a sign of the times, a nearby travel agency had also shut down, a For Lease sign propped up in the window.

Waving goodbye to Gore and its giant trout statue, it was time to head for the last stop of the great southern tour: the South Otago hub of Balclutha.

Things are humming in Balclutha.

While still a National stronghold, it wasn’t quite as clear-cut as Gore in 2017.

But, like in Gore, Mr Walker’s electorate office was also closed in Balclutha.

The town was busy for a Friday, with cafes packed and parking at a premium.

Balclutha born and raised, Mr McPhee had owned the business for close to a decade.

He said the town was a reasonably strong National area, but "there’s been a bit of disruption in the National Party at the moment".

On the flip side, some Labour policies were not ideal.

"A lot of cafes and businesses down the main street I think can be fairly well affected by minimum wage hikes and different taxes and stuff," he said.

It wasn’t all negative, though. As part of his southern cash splashing tour, Shane Jones had also announced $7million for the Clutha Community Hub, a $17million project estimated to create more than 150 direct and indirect jobs.

"This is a significant project for the Otago region and will play an important role in the economic recovery of the township of Balclutha, the Clutha district and wider Otago region," Mr Jones said at the time.

"That’ll be great; it’ll be an awesome entrance to the town."

After a final coffee and cheese roll (or two) at a very busy main street cafe, it was back in the car and back to Dunedin.

If five days travelling around the south showed us anything, it’s that southerners are resilient.

Despite the challenges of Covid-19 and the lockdown, people were just getting on with things.

It showed people are engaged with politics, even if they don’t realise it, and that they want integrity and commitment from their representatives.

It showed people want support for farmers, for small businesses, and for health, education and tourism.

It showed more engagement from decision-makers across all parties in Wellington was needed.

If the people spoken to along the way are anything to go by, they won’t be afraid to show that at the polls come September. 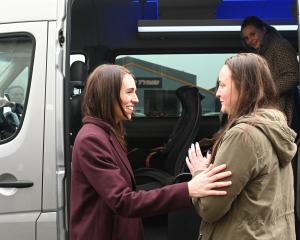 About the South: Anxiety about jobs and safety 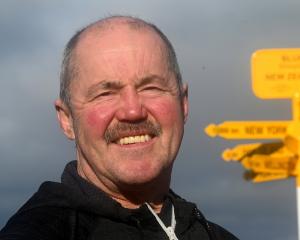 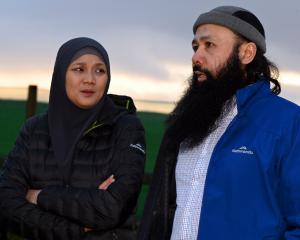 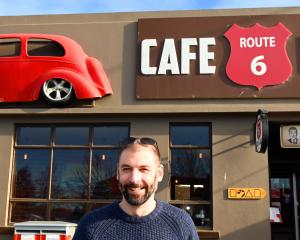 Sense of disconnect from politics ‘game’ 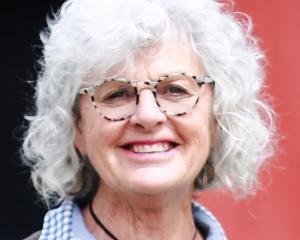 A lonely leftie in traditional Kurow 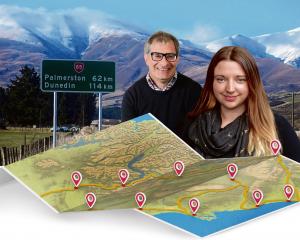 About the South: Resilience outshines gloom 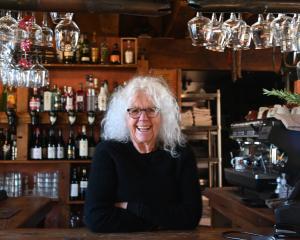