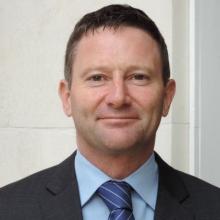 Representatives of the Electoral Commission, Ministry of Education and State Services Commission all indicated they had no problems with the rector’s comments on the school’s Facebook page.

The school’s board of trustees may be less comfortable.

Mr McIvor made a lengthy post last Friday about the referendum, essentially arguing against legalisation of cannabis.

Some of the most obvious wasted potential he had seen as an educator of 26 years was as a result of cannabis use, he said.

Board chairman Richard Wingham then defended the post, saying Mr McIvor had not suggested to readers how they ought to vote on the issue.

The board held a neutral position on the cannabis referendum, he said.

Some were supportive but others took issue with Mr McIvor using the school’s Facebook page to get across his message and many objected to the school straying from political neutrality.

An Electoral Commission spokeswoman said expression of personal views online was exempt from the rules for referendum advertisements.

General election guidance from the State Services Commission says the convention that state services should be politically neutral applies at all times, including in relation to elections, by-elections and referendums.

Ministry of Education sector enablement and support deputy director Katrina Casey said state agencies needed to be politically neutral and could not encourage electors to vote for specific parties, policies or candidates.

"The referendum on the legalisation of cannabis is not a party political matter," she said.

"This is an important social issue, and, like other social issues, people are free to express their views about it."

She pointed out the rector was employed in the wider public sector and "his role is not close to, nor involved in, providing advice to ministers".

"The school board has made it clear the rector’s views are his own and not the board’s. We are satisfied that this is a matter for the school and not the ministry.

A State Services Commission spokesman said it was a matter for the school board and Ministry of Education. The commission had seen the ministry’s response and was satisfied with it, he said.

The Otago Daily Times has made unsuccessful attempts to reach Mr McIvor for comment this week.

"It illustrates the challenge for principals in speaking out about an issue they see as being of concern to their students when that issue is in the political arena."

Does the government has a position on the issue? It is simply running a public referendum.

Pleasing to see the cancel culture is not total in NZ yet.
I thank Nick McIvor for his concerns regarding the challenges our youth face and also the school board for supporting him.
We should NOT let those that try to stop people speaking succeed.
They are the thin edge of the wedge of tyranny.

Cannabis will destroy the kids minds. The advocates know that. If you are a school board you should know that too. The cannabis industry aims to milk misery for money. Good on him for standing up against the editorial attacks.