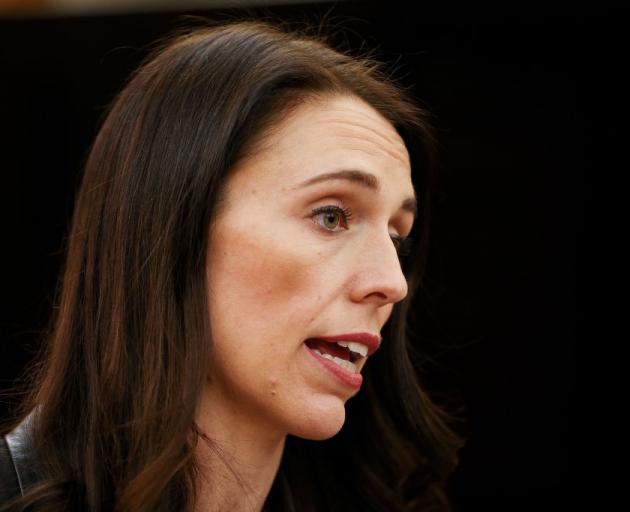 Jacinda Ardern
Prime Minister Jacinda Ardern said she voted yes to the cannabis reform because she did not want to see people in jail for its use.

Speaking in Wellington today, Ardern said her vote was a personal vote.

"On this occasion, I wanted New Zealanders to decide."

The results mean New Zealand will become just the seventh country in the world to legalise euthanasia.

As a result, the End of Life Choice Act will come into force on November 6, 2021 - a year after official results are announced next week.

Seymour paid tribute to Wellington lawyer Lecretia Seales, whose unsuccessful court challenge to get access to assisted dying inspired him to draft the End of Life Choice Act.

After the results were announced yesterday, Ardern confirmed she voted "yes" in the euthanasia referendum and said her Government would progress the legislation in line with the will of the people.

But the result rattled euthanasia opponents, who said the law change would be harmful to New Zealand's most vulnerable people.

Salvation Army territorial commander Mark Campbell said he was "extremely concerned" that assisted dying would become legal in this country.

And disability advocate Dr John Fox, who has a painful neuromuscular condition called spastic hemiplegia, said: "I am pretty gutted. Instead of improving palliative care and addressing any of the underlying issues we've opted to assist people to commit suicide."

The "no" cannabis result was welcomed by the Say Nope to Dope campaign and the National Party.

"It's good news for young people they are not going to be included in a social experiment. We can leave that to the Americans and Canadians," campaign spokesman Aaron Ironside said.

Auckland councillor Efeso Collins, who backed the "no" campaign, said he supported decriminalisation of cannabis, while proponents of reform including the Drug Foundation also said the result was a mandate to decriminalise.

Greens MP Chloe Swarbrick also pointed to the independent reviews of the justice system in recent years that have all called for the scrapping of criminal penalties for drug use.

But Justice Minister Andrew Little said it would be "irresponsible" for the Government to legalise or decriminalise cannabis, or undertake widespread drug law reform in the wake of the "no" vote.

"We have no other plans for drug law reform," he said.

"The New Zealand voting public have made their decision. We have to respect that decision."

There would be a review of the drug law changes that came into effect in August last year, he said, which he called "as close as we get to effective decriminalisation".

Those changes, described at the time as a game-changer for making drug use a health issue, mean that police should only prosecute drug users if it's in the public interest. But since they were implemented, only about 10.7 per cent of people caught with drugs are being given a health referral.

That is based on police data, provided to the Herald under the Official Information Act, for police action against those facing drug use/possession as their most serious alleged offence.

Little said he expected people with drug possession as their most serious charge should "almost automatically" be given a health referral.

"That doesn't on the face of it appear to be what's happening. There's grounds to review what is happening to make sure it meets the expectations of the law change that was put in place.

The law change has also seen police prosecutions for drug use fall while the use of police warnings has increased.

But it has not changed the inequitable application of the law against Māori, who are three times more likely to be arrested and convicted of a cannabis-related crime than non-Māori.

The police data shows a different application of the law to Māori and non-Māori for cannabis use, especially during the lockdown months this year.

Prosecutions jumped from 16 per cent of all police action against Māori cannabis users in March to 22 per cent in April (a 37.5 per cent rise), before undulating to 18 per cent in May and 23 per cent in June.

Over the same months, prosecutions fell from 18 per cent of all police action against non-Māori cannabis users in March to 16 per cent in April and 14 per cent in May, before rising slightly to 15 per cent in June.

The referendum was a plebiscite. It was politicised by those who wanted the PM to reveal her personal vote before the election.

Some can't do anything without knowing what Jacinda's doing first.

Do the crime, do the time, regardless of circumstances. That way, every single person is equal, without the alleged bias dredged up too frequently...

A reminder of crime that did not attract time.

The beating of a policewoman in the Octagon. The officer was severely injured.

The offender was a Scion of great Northern vintners. Nothing. That is the 'bias'.

I think we'll see the police starting to ignore small scale cannabis use crimes. I think they will start acting on a complaints only basis. So, unless an individual is stupid and goes driving whilst stoned or the police find the drug in a car or house after a complaint I doubt we'll see many prosecutions in the future. Possession for supply might be different but by and large I think the police will focus on methamphetamine in the future.