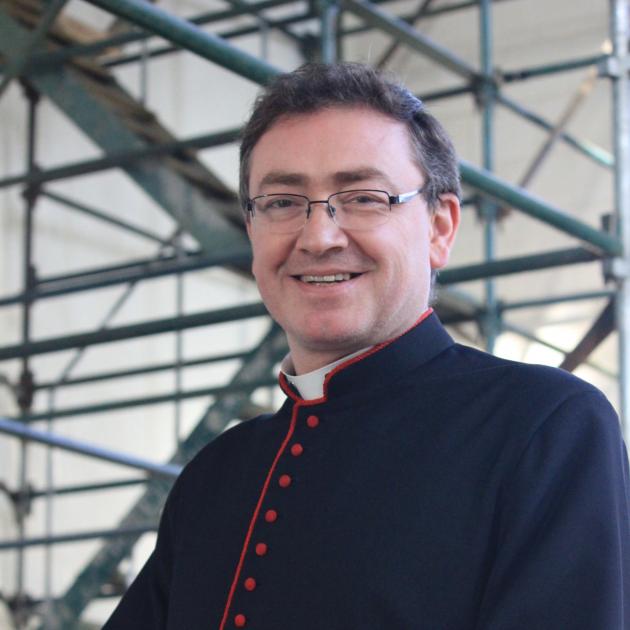 Let the building begin . . . The Very Rev Dr Tony Curtis amid the maze of scaffolding at St Paul’s Cathedral. PHOTO: JOHN LEWIS
Tony Curtis has always been a big believer in the saying all things come to those who wait.

Since a fire significantly damaged the western end of St Paul’s Cathedral in August last year, construction workers have spent much of the intervening time carefully removing the debris.

Now, the Very Rev Dr Curtis, dean of Dunedin’s Anglican cathedral, is excited ‘‘actual building’’ is about to begin in the $4 million redevelopment project.

‘‘Up until now, we’ve mostly been pulling it to pieces rather than putting it back together. 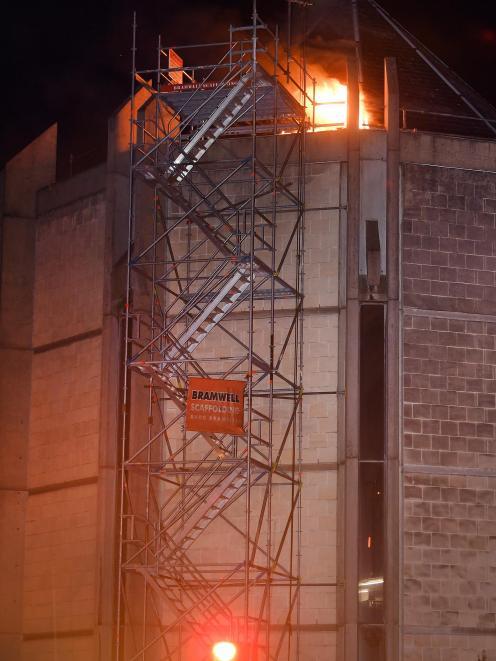 The fire damaged the roof of the cathedral in The Octagon. Photo: Stephen Jaquiery
‘‘The last part of the roof has now been demolished. We’re just at the point now where our construction team are in and looking at the best way of re-roofing and reinstalling all of the ceiling in the apse area.’’

The redevelopment would include some upgrading at floor level inside the apse area, and the church’s Maori and Pacific streams would be consulted, he said.

‘‘We’re also looking at the design for what will go into the sanctuary area on the southwest . . .[part] of the cathedral, where the high altar has been.

‘‘As part of that, we’ve got a group of Pakeha, Maori and Pasifika people from across the church, from outside bodies and stakeholders across the city, who are coming together to create a design that reflects the modern Anglican church.’’

Repairs to the damaged organ pipes had recently been completed and work would soon start on giving the organ’s keyboard a digital upgrade.

‘‘We’re looking now at the latest technology that will allow us to put in a remote console so that someone would be able to play the organ from floor level.’’

During the next month, it was hoped approval could be gained to install a new heating system in the cathedral.

He hoped the ‘‘upstairs’’ part of the church would be completed by Easter next year.

After that, the redevelopment would continue downstairs in the Raphael Hall area and associated bathrooms and kitchen.

‘‘We’ll be working on the downstairs area to put in a much more accessible and useful space in the crypt, so that we’ve got a hall that can be shared for community events and used by other groups across the city.’’

Downstairs work would take another two years, he said.