Three earthquake-prone buildings in South Dunedin, including the old fire-damaged Wolfenden and Russell shop, are set to make way for a modern retail development and office space.

Demolition could be carried out before the end of the year and the new building might be ready by the end of 2022, Positive Property Ltd director Justin Stott said. 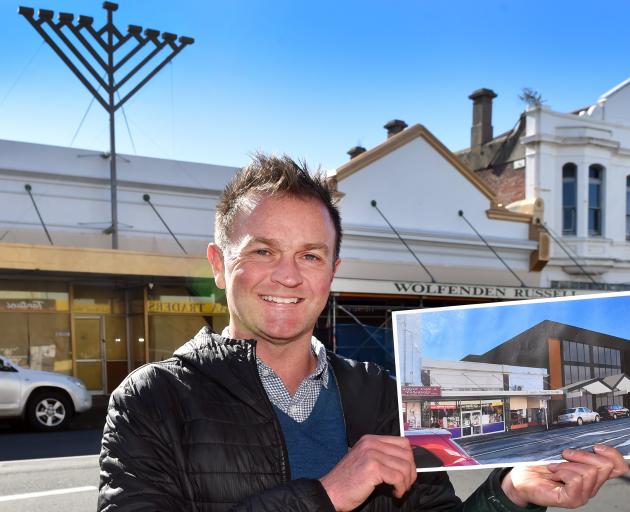 He also planned to strengthen and refurbish 160 King Edward St as a heritage building.

‘‘The result is that most of the block, which is currently in a poor state, will be rebuilt or refurbished,’’ Mr Stott said. 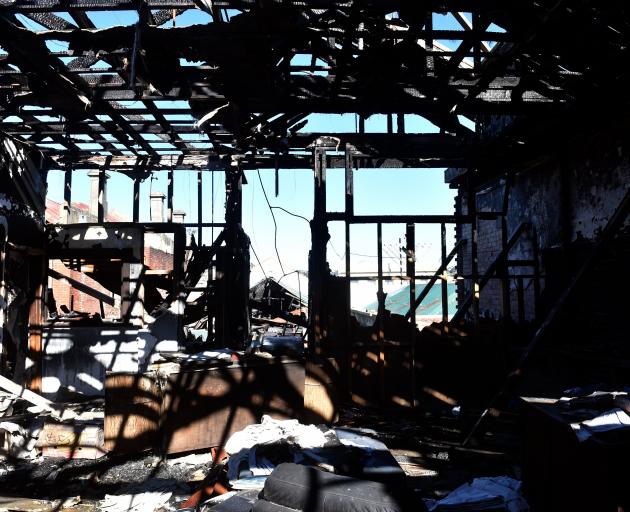 A fire-damaged building in King Edward St is to be replaced by modern retail and office space. PHOTO: PETER MCINTOSH
‘‘It is a prime location for a new building — it’s busy, highly visible and very accessible.’’

Wolfenden and Russell traded for 100 years before the clothing shop shut in 2013.

It was damaged extensively by  fire last year.

Mr Stott was enthusiastic about the potential for his development to help provide a lift for the area, and he noted vehicle movement numbers in King Edward St were almost as high as in the nearby one-way State Highway 1.

‘‘It’s going to be a big change for the neighbourhood,’’ he said.

The interior of the Wolfenden and Russell work space, about 1970. PHOTO: EVENING STAR
Dunedin City Council business relationship manager Des Adamson said the proposed development would be a positive result for the area.

He expected the development, along with the planned South Dunedin library and community complex, and an upgrade of the Hillside railway workshops, would reinvigorate the area.

Mr Stott was raised in Macandrew Rd, South Dunedin, and has spent 10 years redeveloping the old Mainland cheese factory there into a mixed-use commercial site.

He was part of the South Dunedin Action Group that formed after flooding in 2015.

Mr Stott said he hoped to salvage materials from the original buildings in King Edward St and incorporate them into the new construction.

‘‘Old brick might be used to create feature entrance lobbies and we hope there will be some nice old timber beams that we can use in some way.

‘‘We want this building to have character and hope it will become a well-loved feature of the local area.’’ Mike Hunter, of WJ Cadzow and Associates,  designed the building and Naylor Love is to construct it. 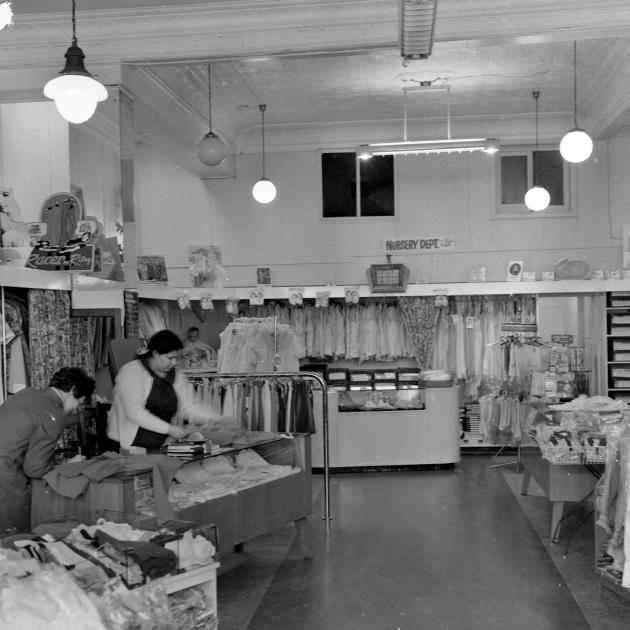 The interior of the Wolfenden and Russell work space, about 1970. PHOTO: EVENING STAR

I would not buy or develop anything in South D with sea water levels rising progressively!

What !!!
Another developer making things better for the community!!
When will they stop !
I’m willing to bet he’s only doing it to exploit the people in the area and become rich.
Let’s have a flood of complaints from those that know his true motives.
There must be someone out there that’s firmly immersed in Marxist theory via our postmodernists education system that can see through the whitewash.

Which location will be next?

I support the development but not the execution. There is no unity to the buildings and no reference to location, history or environment.

If I designed this I would use white precast concrete and refer to the windows in the existing 3 storey building and a long deep cantilever verandah with radiused corners to provide a unified composition
.