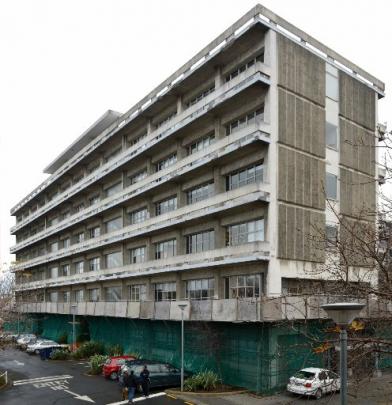 The way the building looked before work started. Photo by Gerard O'Brien. 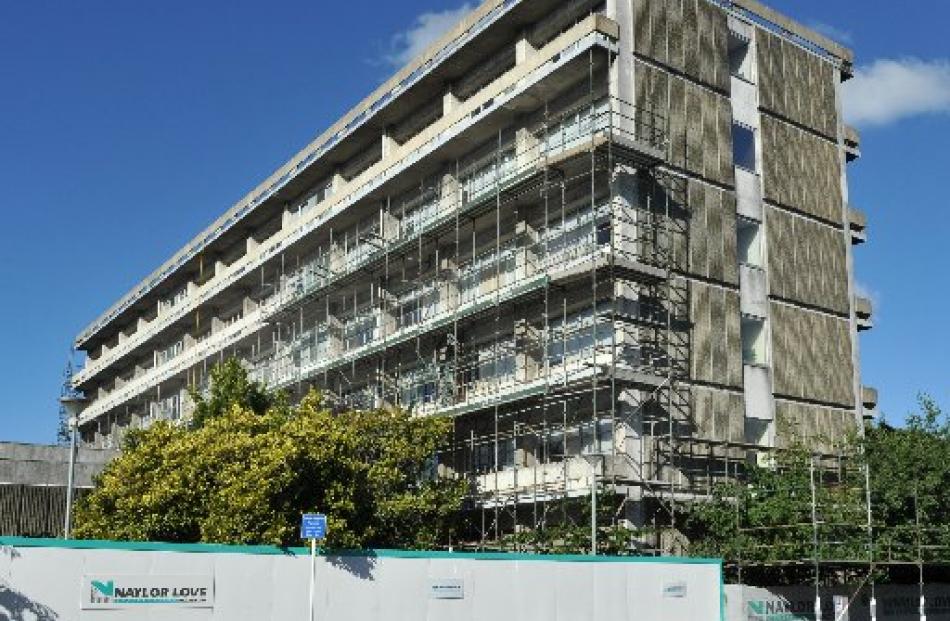 Work progresses on removing balustrades and balconies from the University of Otago’s arts building in Dunedin.Photo by Christine O'Connor.

The University of Otago's arts building is shedding its balconies.

In 2013, the university announced the building had decaying concrete - ‘‘concrete cancer''. Scaffolding was placed around the lower part of the building to catch any falling concrete after one piece of debris dented an unoccupied car.

Earlier this month, the university started taking down balustrades and balconies on the west face of the building.

Work would begin on the building's east face early next year and construction was expected to be finished by the start of the 2016 semester, a university press release said.

The building - built in 1969 - was expected to be replaced in 2019 as part of the university's widespread construction plan, mostly because of its concrete cancer.

University property services director Barry MacKay said the decision was made to remove the balconies ahead of 2019 because ‘‘the area of most concern is the balcony soffit edges''.

‘‘These are located on the outside of the building, so present the most risk to people and property below.''

The removal was scheduled at the end of the academic year to minimise disruption, the university said, but some affected staff would be allowed to work elsewhere on campus, or work from home.