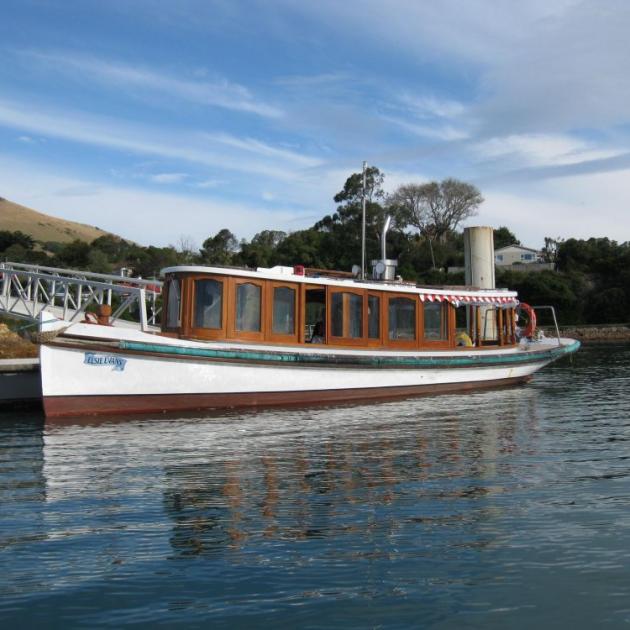 Elsie Evans at Portobello after her test run to Back Beach on Sunday, her first voyage to the beach since 1954. Photo by Phillip de Wattignar

As the refurbishment of historic Otago Harbour ferry Elsie Evans nears completion, options for her future operation are being considered.

Otago Harbour Ferry Inc chairman Shem Sutherland said it was hoped the vessel would have successfully completed its final survey in spring, allowing Elsie to be used for passengers in the coming summer.

With the physical work on the ferry virtually complete, preparations for the forthcoming survey will involve preparing comprehensive documentation.

Who will be operating the ferry is not yet clear.

‘‘We've got to keep reminding people we are volunteers.''

Expecting volunteers to run a business, with all the financial responsibility that entailed, along with the requirements for a safe ship operation, would be difficult.

There had already been an indication from some members that running the operation would be too much work for them. 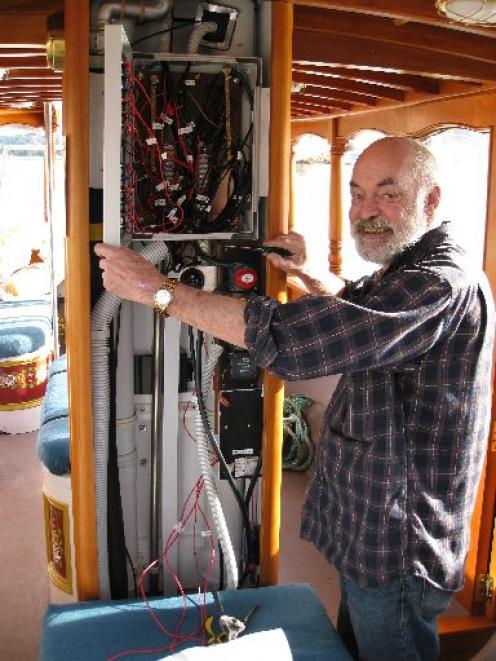 Former electronic engineer Terry Middleditch shows off some of the electrics on the historic Otago Harbour ferry. Photo by Phillip de Wattignar

However, there was a possibility a future partnership arrangement might include a combination of paid and volunteer crew.

Money for the refurbishment had been raised with the idea there would be ‘‘semi-regular'' ferry sailings with public access at a decent price and any potential lessee would need to be aware of that.

At this stage he was not prepared to say who might be in the running for operating the vessel outside the society.

Mr Sutherland estimated the incorporated society had raised about $360,000 for the refurbishment project with ‘‘a couple of hundred thousand volunteer hours on top of that''.

Last weekend, the ferry, which has been undergoing restoration for several years, took a 15-minute test run from its mooring in Portobello to Back Beach at Port Chalmers, a trip it last took in 1954. Because it has no toilet, trips are likely to be limited to about half an hour.

Mr Sutherland said it was particularly suited to the trip between Portobello and Port Chalmers and there might be opportunities involving cruise ship visitors.

It is expected it will be licensed to carry around 20 passengers, although in its early days it took up to 51 and at its last survey it was allowed to take 37. When the 1901 vessel got back in business it would probably be the oldest passenger vessel still operating in New Zealand, he said.

Elsie Evans was originally used in Timaru as a pilot boat before coming to Otago Harbour in 1928 and being retired in 1954.
Many people had donated towards its refurbishment and felt they had a ‘‘ little bit of ownership of it''.

Any future leasing arrangement would include honouring the fundraising ‘‘tickets'' people had bought for a ride on Elsie Evans.