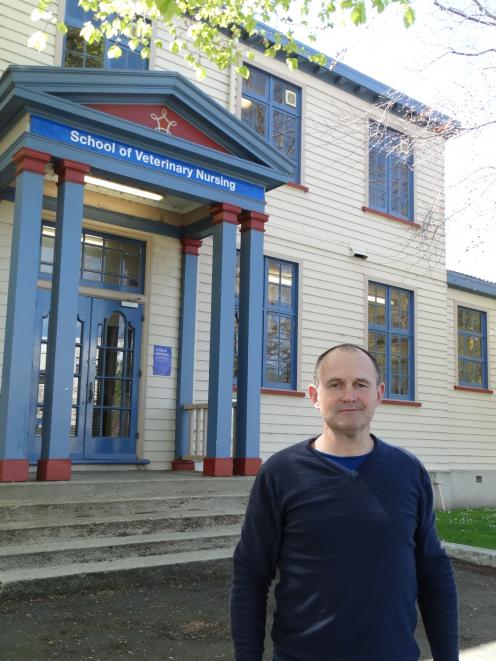 Wildlife Hospital Dunedin Trust co-chairman Steve Walker is delighted that the ‘‘feel-good factor’’ surrounding the project is inspiring local people to support it.

The running total for the ‘‘Saving Our Native Species’’ fundraising campaign has been boosted by $2350.26 in individual donations, bringing the total to $18,988.11.

‘‘Part of this was a cheque for £1000 [$NZ1900] received from a lady in the United Kingdom who has been to New Zealand eight times in her life and loves our wildlife,’’ Mr Walker said.

‘‘This is the kind of special response we are getting from many people.’’

Planned in partnership with Otago Polytechnic, Wildlife Hospital Dunedin will have the capacity to handle up to 500 animals a year, mainly native birds.

‘‘And we have a world-leading wildlife vet, Dr Lisa Argilla, ready to start when we open our doors.

‘‘It is going to be a great asset for Dunedin, in terms of education, employment and tourism, as well as being a win for the wildlife.’’

Along with the $60,000 target for initial funding to get Wildlife Hospital Dunedin up and running in January next year, Mr Walker has his eye on longer-term funding for the hospital.

It has been estimated that the monthly cost of running the hospital will be about $20,000.

‘‘As a trust, we have the goals of getting corporates and philanthropists involved in supporting the Wildlife Hospital, as well as the public,’’ he said.

Already, several philanthropists had signed up to give the wildlife hospital their support over the next five years, and discussions were being held with other potential donors.

The trustees were also very keen to get individual donors to sign up for a monthly donation.

‘‘If we can get 1000 people to donate $10 per month, then we are halfway to being sustainable long-term,’’ Mr Walker said.

‘‘And this will be a great way to ensure that Dunedin remains the wildlife capital of New Zealand into the future.’’