‘It has been war’ 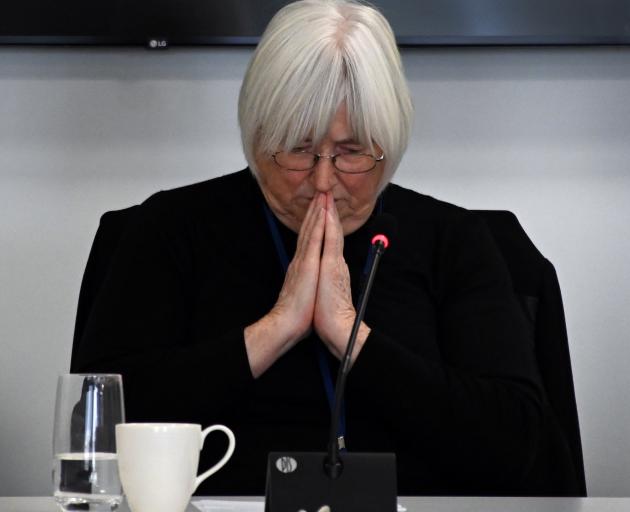 ‘‘There are people who have been trying to get rid of me several times.’’ PHOTO: CRAIG BAXTER
The battlelines have been drawn at the Otago Regional Council.

Council chairwoman Marian Hobbs said yesterday that since New Zealand entered a Covid-19 lockdown on March 26 — and seven councillors called for a 12-month re-evaluation of the council’s policy and finances, including the withdrawal and suspension of plan changes in progress and a review of its Regional Policy Statement — the council had been divided.

"It has been war," Ms Hobbs said yesterday, confirming she believed some councillors wanted her out as chairwoman at the council.

"If I sound angry, I am. And I’m really not speaking as a chair — I’m speaking as a human being. Because watch this space, love, I’m liable to lose my position as the chair," she said.

"There are people who have been trying to get rid of me several times. They’re trying again now at the moment. And that may happen, but that won’t stop my voice, fighting for the environment in Otago.

"I am pretty sure that at least some of that seven will be working right now as we speak to have me replaced — I’m absolutely sure of that."

When her communication was discovered through an Official Information Act request, what she wrote raised the ire of Federated Farmers, which responded.

A tranche of documents was obtained by the Otago Daily Times yesterday.

Ms Hobbs’ letter to Mr Parker on March 29 asked whether the Environment Court could come back into action before Covid-19 Alert Level 4 — newly in place at the time — was lifted.

But it also asked if she "lost the Omnibus Plan and work on the [regional policy statement], would you consider putting in a commissioner?"

She wrote, further, of her belief that Federated Farmers was working to stop the council’s plans for water in the region.

"The regional policy statement is weak and nonsensical on water," Ms Hobbs wrote. "We have been out consulting on that and have had meetings in the small towns dominated by Federated Farmers. They are behind the campaign to stop the work on water in Otago."

Federated Farmers’ national body took issue in a statement this week with the council’s consultation process, saying the "actions taken by [the regional council] over the lockdown period were at best an inept attempt to ‘tick off’ to the minister that they had sufficiently completed appropriate public consultation on its proposed plan changes".

Federated Farmers Otago president Simon Davies expressed "real concern" with the content of the letter and said the organisation was "assessing our options".

There was a lack of governance at the council at present, he said, which was problematic.

"It’s not the ‘staff’ giving direction or strategy, it’s the governance. And the governance needs to be strong about that, and at the same time that strategy needs to be Otago focused and driven — not other people’s," he said.

"Unfortunately the buck stops with the chair. They’ve taken on the chair’s role, so they must lead."

Cr Calvert yesterday said she was concerned that Ms Hobbs was substituting her interpretation of the views of the Government "for the views of our Otago ratepayers".

"She is prepared to attempt to overthrow the representation of the people of Otago by asking whether the minister would consider putting in a commissioner if the vote doesn’t go her way.

"Those who elected us deserve better than that."

Asked to comment on Ms Hobbs’ assertion there were councillors who wanted her out as chairwoman, Cr Calvert said the "crucial question" was how many councillors that was.

"At the end of the day, if you don’t retain the confidence of the majority of your fellow councillors, it’s time for somebody else to take a crack at being the chair."

"Cr Calvert yesterday said she was concerned that Ms Hobbs was substituting her interpretation of the views of the Government "for the views of our Otago ratepayers"."
Wonderfully said.
The same goes for the DCC.
We elect representatives in local and regional governance to represent US, the rate payers, NOT central government.
NZ is a bottom up democracy. At least it was before the elites organized themselves around their holier than thou virtue.
This top down, crony democracy is killing not just the regions but the whole country.
We know all development comes at a price and that price must not exceed the benefits but the last thing we need is micro management from Wellington.
We need local solutions for local issues not some UN derived directive on how the 'save' the planet.

‘‘There are people who have been trying to get rid of me several times.’’
And rightly so!....At 72 years of age, you should retire and allow someone younger have your job.
You have lived of taxpayer and ratepayers money for decades, you are being greedy!

It's not just councillors who want her out, it's the people who she supposedly represents that want her out too. She has been a terrible chair. It's time for her to go. The sad thing is people like Hobbs never know when it's time to go quietly while maintaining just a shred of dignity. Your time in the limelight's has come and past. Why not hop on your electric bike and head off into the sunset with some dignity and grace. It sure looks better then the kicking and screaming that's coming! Just go...please!

Hobbs and the CEO have failed Otago. Ratepayers have been coughing up $40,000 a week on external consultants and $37,000 a week on external legal advice- and to what effect? All i see is a rotten culture from the top down and the only region in the country to have three RPS's. I would not give this lot of Councillors a pass mark, but maybe a 'D' like Plan D. Time to resign please, we want an independent chair, not an extension of the Labour party thanks.

This is exactly why our waterways are in such a bad state. The priority of the elected councillors is not to protect our environment but to protect their own self interests and those who vote them in. It is unfortunate that most people in urban areas are so disconnected from regional council politics that when it comes to election time they don't vote or just vote for whoever. This is not the same if you live in a rural area, they care very much, decisions made by a regional council could cost them thousands of dollars maybe even their livelihood. This is why so many regional councillors are land owners, farmers or have connections with rural communities. It is also why someone like Hobbs is their worst nightmare.

Sad and pathetic to see a politician trying to garner public sympathy in order to keep their job! Even more pathetic to see Hobbs compare a little bit of verbal jousting with the act of war. Evidently she's lost the plot. What is so difficult to understand? People don't like you and have lost faith in you ability to lead! It's not war! Its democracy, its the way democracy works when the constituency is sick and tired of poor representation. Its what happens when the voice of the people is ignored! It awesome to see the councellors at ORC are willing to do their duty and get rid of the dead weight! If Hobbs thinks that talking her grievence public is going to get her public support, she is sadly mistaken. People dont support her or her positions on the best way forward for Otago. Other than Hawkins, Hobbs is one of the most polarizing politicians on the South Island. Hobbs might have been relevant 20 years ago as a cabinet member. She is totally irrelevant now. People want change but not the change Hobbs is trying to implement! I totally agree, why cant Hobbs leave her mediocre political careers voluntarily under her own terms? Why get dragged out kicking and screaming? Very sad!

About time somebody had the gumption to put out the trash! Don't think anybody will shed a tear when Hobbs leaves the ORC! Worst...the worst politician I've ever seen on the ORC! Do us all a favor, just resign. Hawkins is looking for a policy advisor, a perfect job for somebody like yourself with limited qualifications. You and Hawkins could ride to work together.

I find it very interesting that all of the comments here are about Hobbs and not about the issue at hand.
"The regional policy statement is weak and nonsensical on water,"
Do you agree or disagree?
I didn't vote for Hobbs and I personally don't believe that party politics should ever have a place in local government. However as much as I dislike it I have to agree with her. The regional council has for far to long been neglecting to protect one of our most important resources. Water!

Wrong! What is the story about? Hobbs! What are people commenting on? Hobbs. It's not a policy story. Hobbs contacted ODT to garner public support concerning the coup to dump her. It's not an ORC policy story. That aside, when the chair uses the media and makes the story about herself...it's time to go. When the people are distracted by the people setting policy...it's time to go. Your exactly right...it's about water. If that's the case, why are we arguing about Hobbs? She has made herself a distraction to competent and professional oversight...she needs to go!

Hobbs violates standards faster than she can lower them! She needs to go!