By Grant Miller
20 Comments
Material shared by a Dunedin councillor about Covid-19 vaccines is ‘‘pure conspiracy theory’’ and an alternative remedy he explored is potentially harmful or useless, an Otago immunologist says.

‘‘It is very unhelpful to have anyone pushing or spreading these views, let alone someone in leadership,’’ University of Otago Associate Prof James Ussher said. 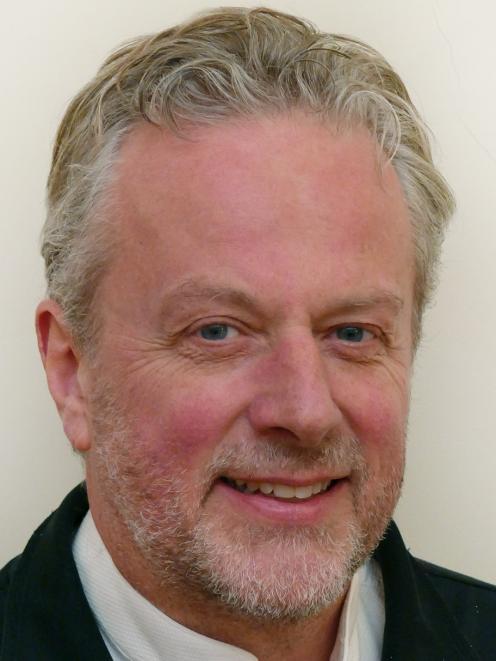 The ‘‘unrepentantly provocative’’ councillor disclosed this month he wanted to buy the elements of an alternative remedy, including anti-parasitic drug Ivermectin.

Prof Ussher said the alternative treatments proposed were not supported by evidence.

‘‘There have been several trials that have investigated Ivermectin and they have failed to show a benefit.’’

Ivermectin is used to treat scabies in humans and in sheep drenches or horse deworming.

Adverse effects could include fever or rashes and taking the antibiotic doxycycline could lead to nausea, he said.

The emergence of unproven remedies underscored the importance of clinical trials to be sure of what worked, he said.

Close monitoring of the Pfizer vaccine had shown it to be extremely safe, he said.

Cr Vandervis confirmed he was hesitant about getting the vaccine, but said it was far too soon to call him an anti-vaxxer.

Posting a video of retired British scientist and former Pfizer employee Dr Michael Yeadon did not amount to an endorsement.

‘‘This person’s remarks have previously been discredited and claims fact-checked and shown to be patently false by several agencies.’’

A Ministry of Health spokesman said people should carefully consider what information they passed on or shared with friends and whanau.

Medsafe had noticed an increase in people attempting to import Ivermectin.

Cr Vandervis said he was not giving advice to anyone about what to do and debate was healthy.

‘‘I give people things to think about.’’

He was ‘‘unrepentantly provocative — guilty as charged’’.

Director-general of health Dr Ashley Bloomfield said he received ‘‘dozens of emails a day’’ promoting Ivermectin as a Covid-19 remedy.

‘‘One thing I can say categorically about treatment here and now, Ivermectin is not a proven, safe treatment for Covid-19,’’ Dr Bloomfield said.

Prof Ussher said the approving Covid-19 vaccines was as rigorous as for any vaccines.

The technology behind the Pfizer vaccine used in New Zealand was relatively new, but it could not alter people’s genes. Significant data showed the vaccine was safe during pregnancy.

New Zealand’s Immunisation Advisory Centre and the US Centres for Disease Control had reliable information online for people to consult, he said.

Disgraceful and totally irresponsible behaviour from Vandervis. By all means hold your views about vaccines but do not post disinformation that can be harmful to others.

Quite, I'm astonished to be hearing this sort of guff from a civic leader.

‘‘I try to find the best data that I can,’’ he said. That is a very low bar, one needs a shovel to reach it

‘‘I give people things to think about.’’ Not your job as a councilor, stick to your day job, even then I doubt you have the ability to do that well for the people of Dunedin.

Why am I not surprised he has done this?

A disgraceful example of community leadership, His many followers will likely jump at the chance to try something scientifically disproven because of Vandervis's "endorsement" Appropriate that ivermectin is used on sheep.

"...hesitant about getting the vaccine..." but wants to import Ivermectin. Yeah, that make sense. Then he goes on to say he trys to find the best data. Not doing very well then is he. Even worse, he's posting discredited information. "Not an endorsement'! - a naive position for a councilor to take. If I put an election poster on my fence, its only logical to assume I support that party. If I hand out flyers for a group, its only logical I support them. But if I post a video, I'm just encouraging 'debate'?!
I think in his eagerness to be 'provocative' he's tripped down the proverbial rabbit hole. He'll be posting videos about flat earth next.

I'm being 100% serious when I say Vandervis is now a national epistemic security threat. There must be council bylaws to recall him and they must be enacted now. He is a threat to national safety and interests. This goes way beyond personality differences or politics-he has demonstrated with this behaviour he is unfit for office. He has demostrated a deficit in critical thinking skills and judgement that has been shown to cause real world harm. He needs to be ceremonially removed from office before he does any more damage to our security as a country. Somebody start the petition-he is a danger to all of us.

I wonder who is responsible for electing this great leader???

Pretty much everyone who thinks Hawkins is a fool- noting he is the highest polling candidate there are a few that think that.

So they vote for - THIS?!
Seems like Hawkins isn't the only 'fool' here

Okay, so what is the official treatment plan?

Have you been asleep for the past year?

The official plan is to get immunised via vaccination with a scientifically proven safe vaccine.

We need open debate so all people may make their own minds up on what are truths half-truths or fiction. The shutdown of people putting their views that seem to go against the political narrative has been a disaster for all of us. People surely are extremely concerned at the gagging of what they feel is information that should be out there in our communities. Open and transparency are the hall marks of a democracy. Unfortunately our freedoms are being rapidly taken away.

Kyle. I wanted to say you are wonderful.
Stay strong. The mob are just that, a mob.
All they do is echo a distant call.
They do not question !!!
They are not thinkers !!!
The only countries where you are not allowed to question the official narrative, are totalitarian.
We do not what to become that !!!

Correct Kyle. And Michael Yeadon who is obviously the scientist and epidemiologist at question here is far more knowledgable and qualified than most. And definitely more qualified than several, actually all, commentators who parade themselves as experts in this country.

Why is it a problem to look into and research alternative treatments?

Ivermectin is used to treat sheep. It may well work in New Zealand where there are a lot of sheep - where 5 million of them think they are people!

Nothing he says surprises me anymore. On the brighter side, he's the reason I got interested in local politics. I'd never voted in local elections until there was the risk he'd win, once I knew that I was forced to read up on who was running, then after choosing my favourites, put everyone else ahead of him, and not even give him a number (If I could have voted a negative number for him I would have). He's akin to Trump and Johnson and aims for the same kind of demographic