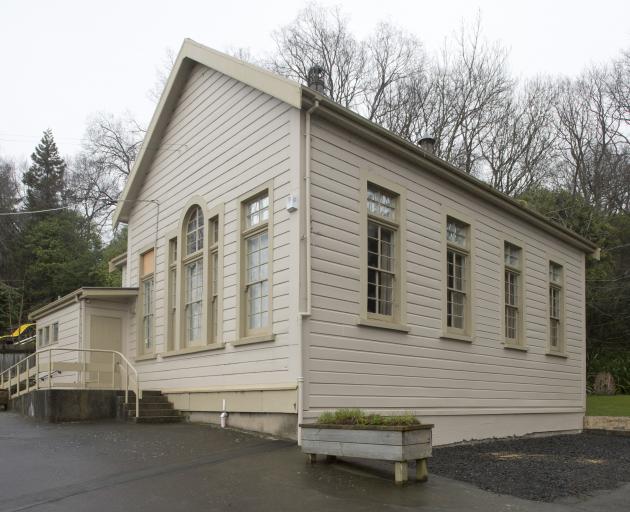 A new home for the 143-year-old heritage-listed infants’ building at Arthur St School in central Dunedin is yet to be found, but work has been done to preserve a leaking annexe in preparation for the building’s move.

The Ministry of Education, leading the $10.9million rebuild, had been working with Heritage New Zealand over the past 18 months to identify opportunities to relocate the building if a suitable site was found.

Ministry of Education infrastructure service head Kim Shannon said while no decisions had been made, the ministry wanted to see the building preserved.

"Over the school holidays, we removed the annexe to address significant weather-tightness issues in this part of the building and repaired the roof to prevent further deterioration."

"It is a good representation of Otago Education Board standardised school designs of the mid-1880s.

"Its historical value relates to the story of education in Otago, for example its link to the very first European school and the innovation of free education for all children from 1877 in New Zealand."

Heritage New Zealand had been in discussions with the Ministry of Education — as the owner of the building and land— over several years.

Arthur St School principal Kim Blackwood said the school board of trustees supported the decision to move the infants’ building.

"It’s not safe for us to use at the moment. It’s an empty building on site for us.

"It’s nice to think that it won’t be demolished. It’s a huge part of Arthur St School and its heritage."

Contracts for the school rebuild were awarded to Ignite Architects in Queenstown and The Building Intelligence Group last week, she said.

It was hoped the rebuild would begin next September.

"We’re very excited. The prospect of being able to build the latest and greatest to cater for all our learning needs is great."