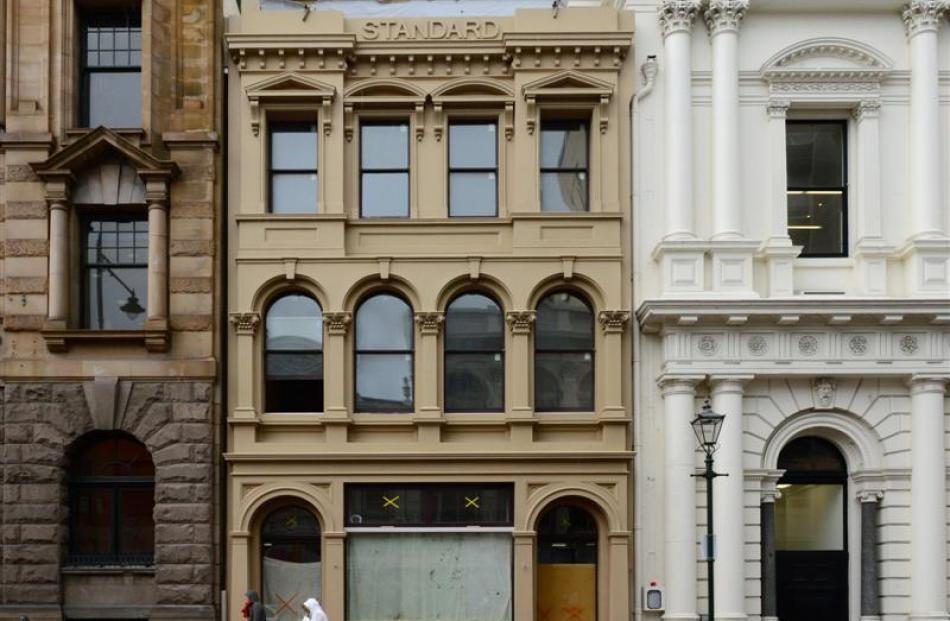 The Standard Building last week, with the conservation and redevelopment work largely completed, and a new window added on the ground floor, where a cafe is expected to start operating soon, perhaps next month. Photo by Gerard O'Brien. 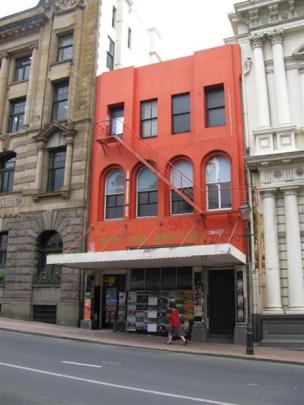 This photograph, taken in September 2009, shows the red-painted Standard Building immediately before the start of an extensive restoration and renovation project, now nearing an end. The building was home to the Canton Cafe until 1994. Photo by David... 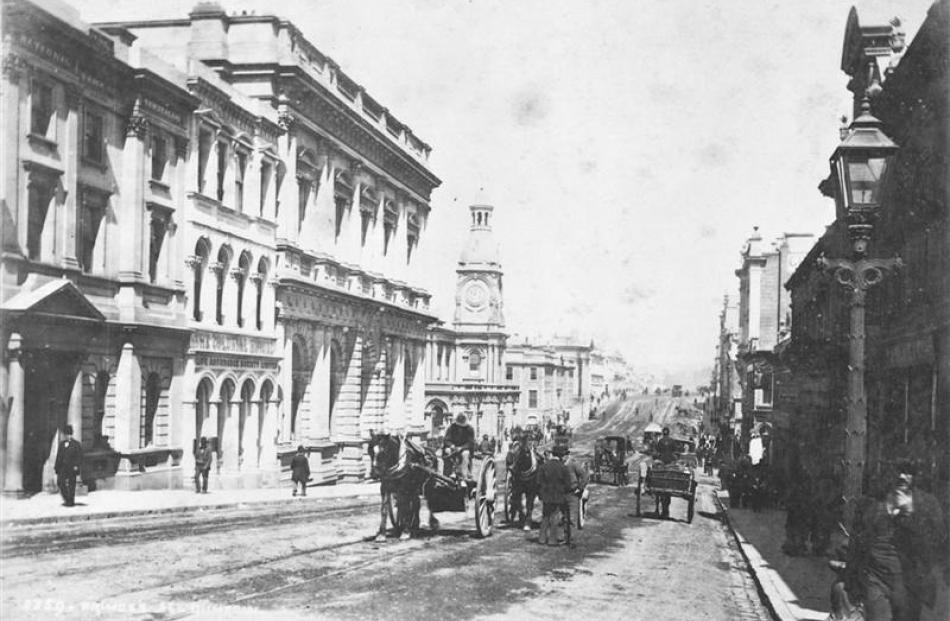 This image, taken in 1880, five years after construction was completed, shows the Standard Building (immediately beside the corner bank building) when it was still partly tenanted by the Standard Fire and Marine Insurance Co. Photo by Auckland Libraries. 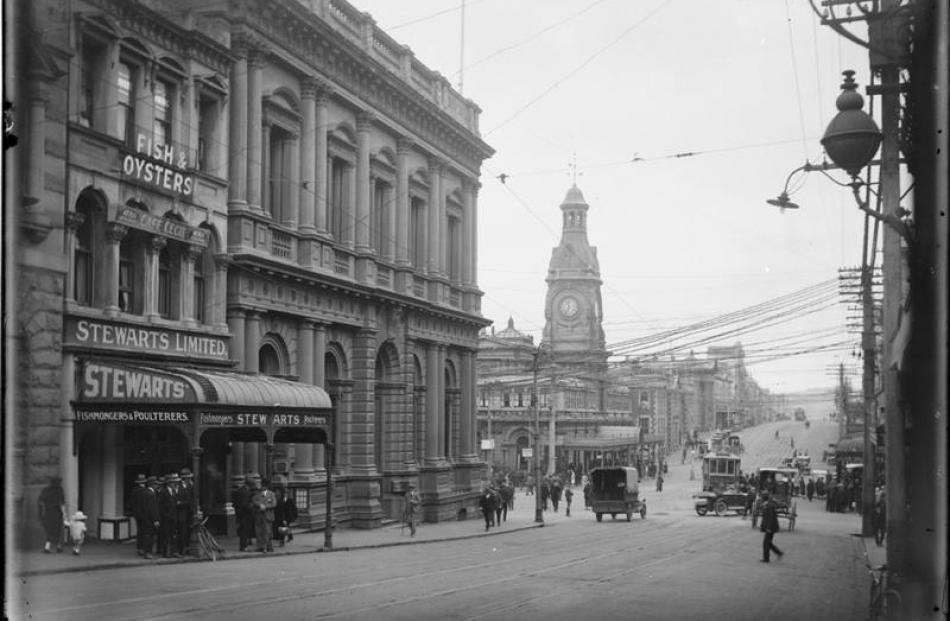 This photograph, perhaps taken in the 1920s, shows the Standard Building when its ground floor had become home to fish retailers Stewart's Ltd, with the Cafe Cecil still operating upstairs.

After a long silence, the voices of cafe-goers will soon be buzzing again in the Standard Building near the Exchange. John Gibb delves into the building's history.

An ''absolutely incredible'' conservation and adaptive reuse project is nearing completion in Dunedin.

This work on the Standard Building in Princes St, including extensive earthquake strengthening, has been undertaken as momentum grows to further revitalise the Exchange area, and a wave of adaptive reuse work continues to transform the nearby warehouse precinct.

And Dr Hazelton has highlighted the ''really impressive'' nature of the adaptive reuse project, which has included earthquake strengthening work, as well as restoration of the Italian-style facade.

The extensive project also includes the Stanton Building, situated behind the Standard Building, and backing on to the council's Dowling St car park.

A crucial - and previously largely hidden - feature of the redevelopment is an innovative, light-filled multilevel internal atrium, making extensive use of glass, which will link the two buildings and provide access to the various floors.

''It's an absolutely incredible project. It has to be seen to be believed.

''It's a real big leap forward in terms of what people are doing with heritage buildings,'' Dr Hazelton says.

The Standard Building's owners, Ted Daniels and Wayne Marsh, received a $60,000 grant from the Dunedin Heritage Fund in 2010 to help fund the restoration project.

The project has also been supported by some further funds from the council and through its relief programme involving strengthening of historic buildings.

The Standard Building, with its three floors and basement, was designed in Renaissance revival style by architects Mason & Wales and completed in 1875, at a cost of 1765.

The building began life with the Standard Fire and Marine Insurance Co occupying the ground floor, before that firm moved to new premises in High St in 1884.

Photographs of the building and its nearby streetscape over the years reflect huge social and technological changes in the city, with horses trotting past in 1880 later being replaced by cars and motorised buses.

A restaurant, Cafe Cecil, opened in the building in 1900, a fishmonger outlet was added in 1904 and in about 1925 another fishmonger, William Stewart, took over that business.

The former Cafe Cecil became the Canton Cafe in 1961.

The Canton was bought by Kee and Sanny Young in 1978, who moved the business, now called the New Canton, to the opposite side of Princes St, before closing it in 2013.

The Standard Building, also known as the Canton Building, had been without a commercial tenant for some years.

The big conservation and adaptive reuse project began in 2009, and as this nears completion, wooden hoardings have been progressively removed from the outside of the Standard Building in recent weeks.

When the ground-floor cafe opens, another phase in the building's history will begin, as part of the revitalisation of the Exchange area, which was once the heart of Dunedin's thriving commercial life.