A Dunedin survivor of sexual abuse says he and others like him are ready for a long fight for justice.

A resolution was passed in Christchurch yesterday at the South-South Institute conference, which is organised by the Male Survivors of Sexual Abuse Trust, asking the Government to commit to a Royal Commission or similar level of inquiry into the institutional abuse of children in New Zealand.

The resolution asks that any New Zealand inquiry be modelled on the Australian Royal Commission into institutional responses to child sexual abuse.

Dunedin man Darryl Smith was one of about 100 male survivors of sexual abuse who backed the call for an injury earlier this week.

Mr Smith spent more than a decade in state care, in New Zealand and Australia, beginning as a 7-year-old boy in the early 1970s.

Speaking yesterday, Mr Smith, who also gave evidence for the Australian Royal Commission, said survivors were aware it was just the start of a long journey for justice.

''We fought to get this far and we will keep fighting to keep this moving forward, not just for us but for future generations.''

Any inquiry needed to be full and comprehensive, or it would not be worth the time and effort, Mr Smith said.

Labour has promised to launch an inquiry into the historic abuse of children in state care.

National advocate for male survivors of sexual abuse Ken Clearwater will present the resolution to the Prime Minister.

Mr Clearwater said it was important the Government chose the right framework for its inquiry.

Victims also needed to be compensated for the crimes committed against them, he said.

''The people responsible for these crimes, if they are still alive, need to be held responsible and we can talk about compensation, which is more than just money.''

''There needs to be a whole package to help these men who have been left with almost no life skills except for how to survive.''

Prime Minister Jacinda Ardern could not be contacted for comment yesterday. 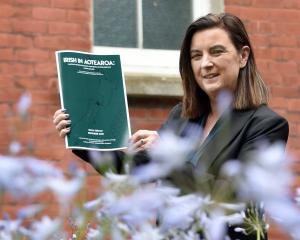